“The group threw things at officers, used some sort of unknown irritant as well as fire extinguishers to spray at officers,” said Division Chief Ron Thomas. 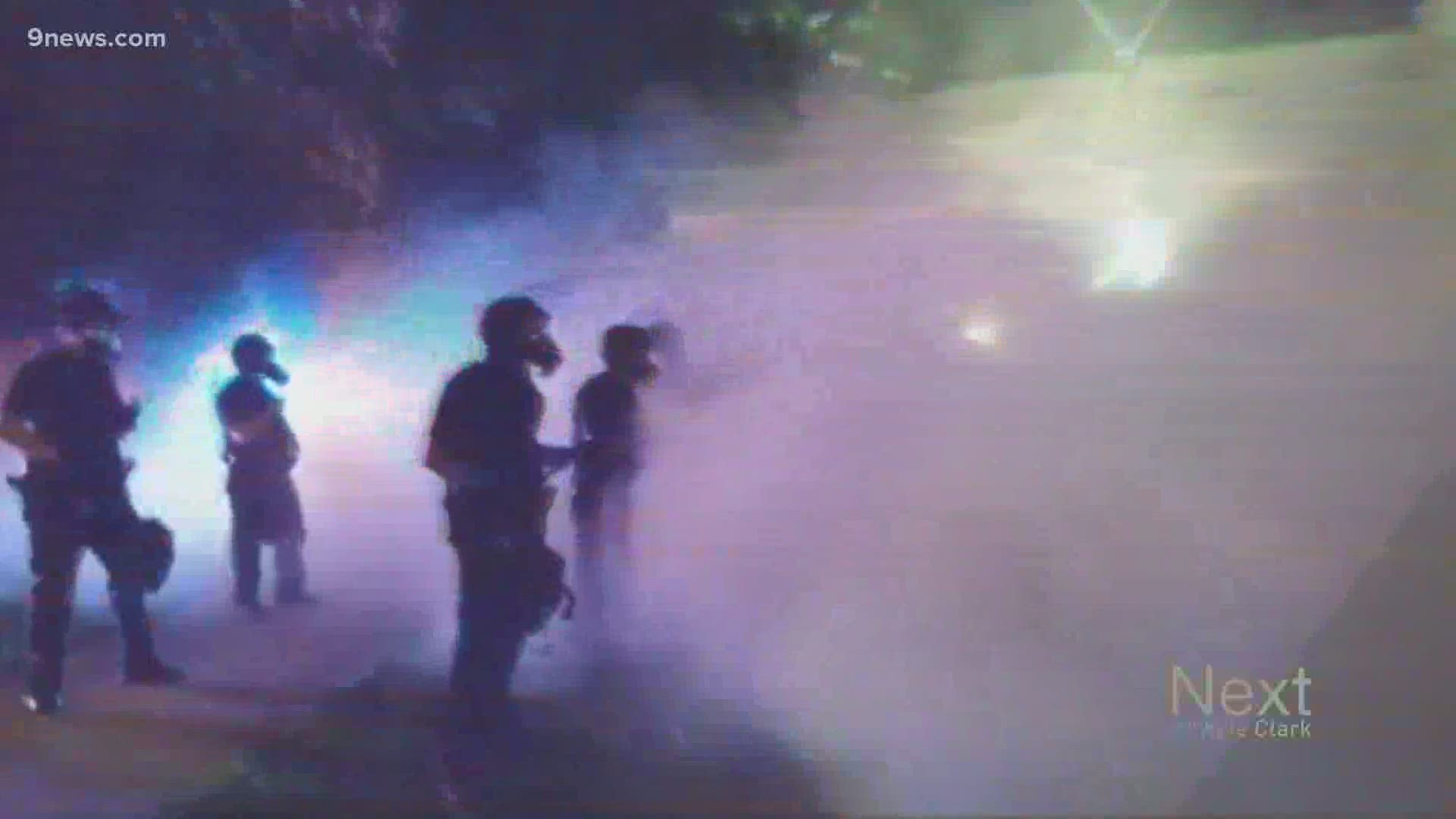 DENVER — The City of Denver worried a group of protesters was forming an autonomous zone on Wednesday. They worried Civic Center Park could look like Seattle, where police there just took back one of their stations after abandoning it for weeks.

Dozens of protesters set up tents and a food station that they said was intended to serve those experiencing homelessness in the south end of Civic Center Park. They planned to stay the night as part of an “occupy” protest. Recognizing that, Denver Park Rangers and Police began a dialogue in the afternoon, warning the group that they would not be able to stay.

Around 8 p.m., after several hours of increasingly tense conversations, a group of officers moved into the camp and without force got the group to move out of the park.

But when police returned after midnight, they say more tents had appeared. Tents are not allowed and at this point, the protesters were violating a park curfew.

“One tent was filled to the brim with water and another tent that was filled with medical supplies, but we understood that we constantly constitutionally protected,” said Gabriel Lavine, founder of one of the protesting groups, the Afro Liberation Front.

“The group threw things at officers, used some sort of unknown irritant as well as fire extinguishers to spray at officers,” said Thomas.

Police say they used mace and batons on some protesters and eventually arrested six people. Video of the clash was posted to YouTube.

The city said the response was, in part, to prevent the park from being taken over. Police had seen social media posts on the Afro Liberation's Instagram story calling the site a Denver Autonomous Zone.

“Certainly, we're familiar with what that is given what happened in Seattle. And that is not something we wanted to occur here in Denver,” said Thomas.

Lavine says this has become about semantics and not what the group of protesters is “actually talking about.” He said he repeatedly told police Wednesday they weren't trying to establish an autonomous zone -- that this was about feeding people experiencing homelessness and occupying the park for as long as possible to spread the word about their demands for change.

“What was the end game? We're not in your park? I mean, OK, that didn't really solve much,” said Lavine. “You really are just kind of like treating a symptom of what's going on instead of addressing the real problem at hand."

Police insist all of their actions on Wednesday were in compliance with the use of force policy.

They added that several officers had minor injuries.