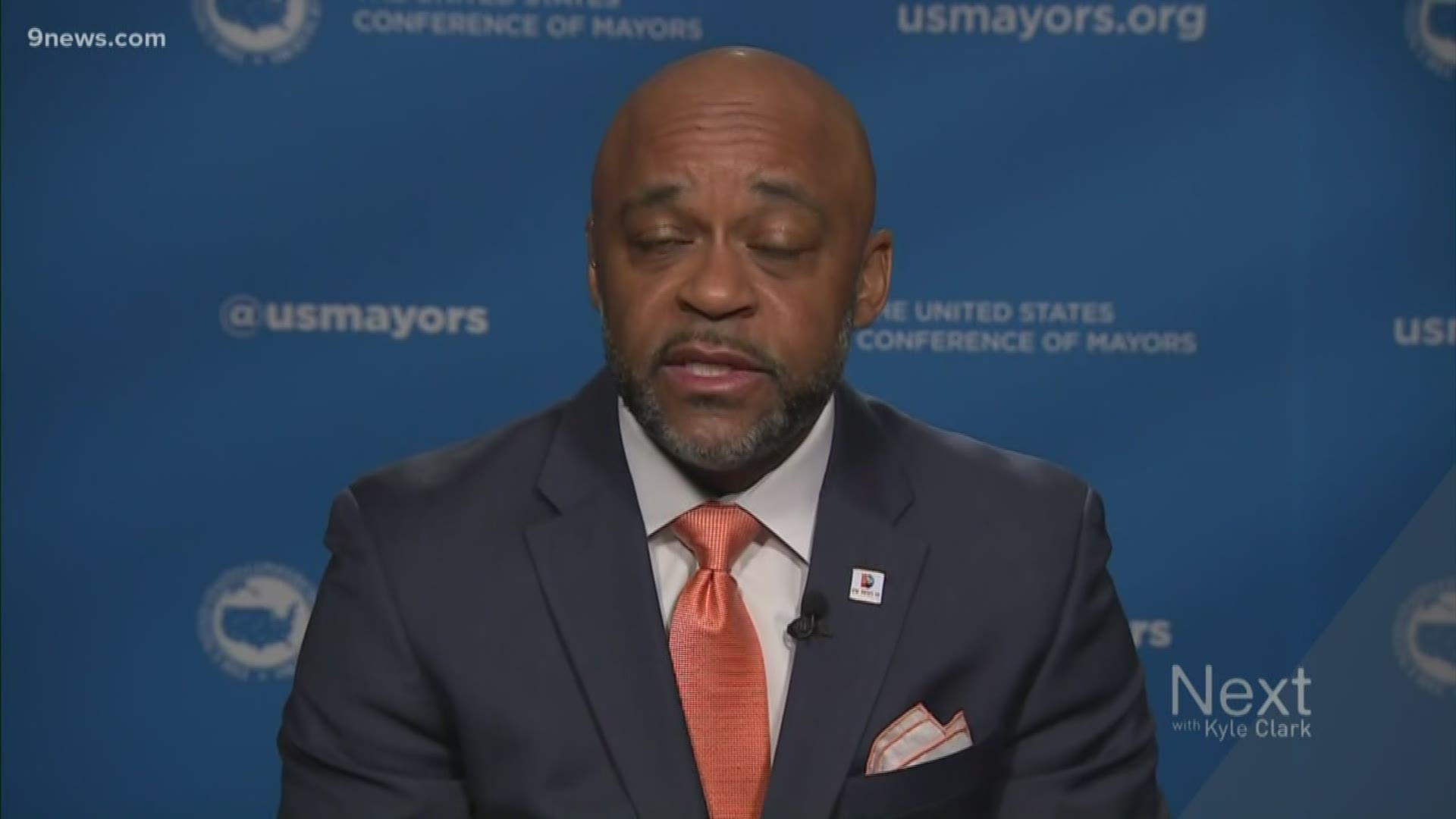 This comes one day after Denver Mayor Michael Hancock met with the executive director of the U.S. Council of Homeless to discuss how to address the issue.

“It’s not just in Denver …” Hancock said Thursday morning. “This is a nationwide crisis that’s occurring, and there are a lot of contributing factors.”

“… it’s one of the more complex issues we have tried to address, and we will continue to focus on housing individuals first and then making sure we try to wrap them with intensive services.”

The city suspended its enforcement of the camping ban in late December, but announced it would resume doing so last week. The city attorney’s office said while a judge did find the ban unconstitutional, this ruling does not prohibit enforcement of the law while it is being appealed.

What the ban does is effectively keep people from setting up tents on sidewalks and in parks, and police can issue citations or arrest someone for noncompliance. This is separate from homeless sweeps that require people to leave public areas for the purpose of cleaning, as was done during the enforcement suspension.

Last week, what city officials claimed as a “rat infestation” closed a park near the Colorado State Capitol that had previously been home to a large population of people experiencing homelessness.

“I’ve been very clear in regards to the camping ban, my position, I don’t find it humane to encourage people to sleep outdoors, as you saw in our Civic Center Park and at Veteran’s Park, it can be very inhumane, very unsafe and unsanitary,” Hancock said. “That’s why we moved in under a public health crisis to abate the issue and again, try to provide services to those individuals that were trying to camp outdoors.”

In Barajas’ ruling, he wrote that even though Denver has open beds in its shelters, those beds are not easily accessible for everyone.

The ruling said men with children, people who have a serious mental illness, unaccompanied minors, people with pets and the LGBT community are among the groups who have limited access to adequate shelter.