Denver can use GPS limits to stop scooters

There are nearly 3,000 scooters in Denver, and we've learned the city already has the scooter companies blocking out no-go-zones via GPS. 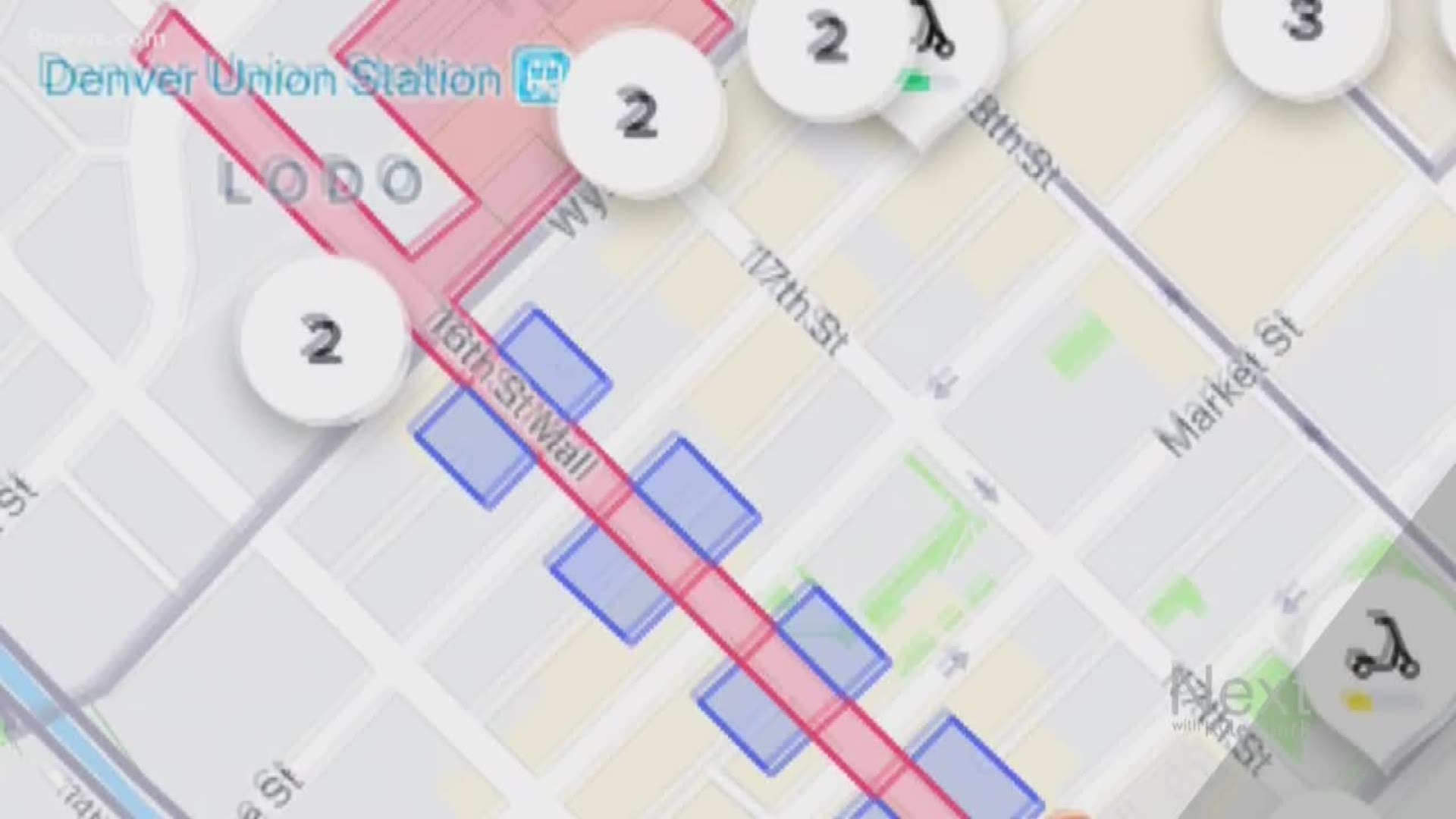 DENVER — When Denver Public Works rolls out rules for electronic scooters when the program becomes permanent later this year, the department may require some scooter companies to use GPS limits to stop the vehicles from entering some areas.

Already in Denver, three scooter companies place limits on where their scooters can go. According to Denver Public Works, Lyft, Spin and Bird scooters use a process called geofencing to limit their scooters.

Lyft and Spin each use geofencing to stop scooters on the 16th Street Mall, the plaza in front of Union Station and the area around Coors Field during Rockies home games.

Bird uses the same technology to slow scooter speeds in those same areas, a spokeswoman for Denver Public Works said.

“It’s called geofencing so it’s a location-based service in which an app uses GPS or other kind of software to trigger a preprogrammed action,” DPW spokeswoman Heather Burke told Next with Kyle Clark. “There’s this virtual boundary that’s set when they’re entering or exiting that area and it causes them to either disable or the scooter will start slowing down their speed automatically.”

Burke said the department would like to make that a requirement of ongoing permits, which would require other companies to use the technology.

At a city council land use committee hearing on Tuesday, representatives for public works filled in council members on planning for the ongoing permit program.

One of the concerns of council members was the scooters speeds, which can top 20 miles per hour.

“We’ve seen other cities -- I believe Washington D.C. has limited them to 10 miles an hour,” said Nicolas Williams, Department of Public Works Deputy Chief of Staff.

Williams told the committee the legislation in D.C. requires scooter companies to use technology to limit the speeds of their scooters. He said the effectiveness of such policy has been debated.

The Land Use Committee gave preliminary approval Tuesday to a new ordinance that would change the way scooters operate on city rights-of-way. The change would require electric scooters to operate in the same manor as bicycles and e-bicycles, essentially banning them from sidewalks except for certain circumstances.