The story behind the Christopher Columbus statue in Denver

The city is reviewing all of its public art following the efforts to rename Stapleton. 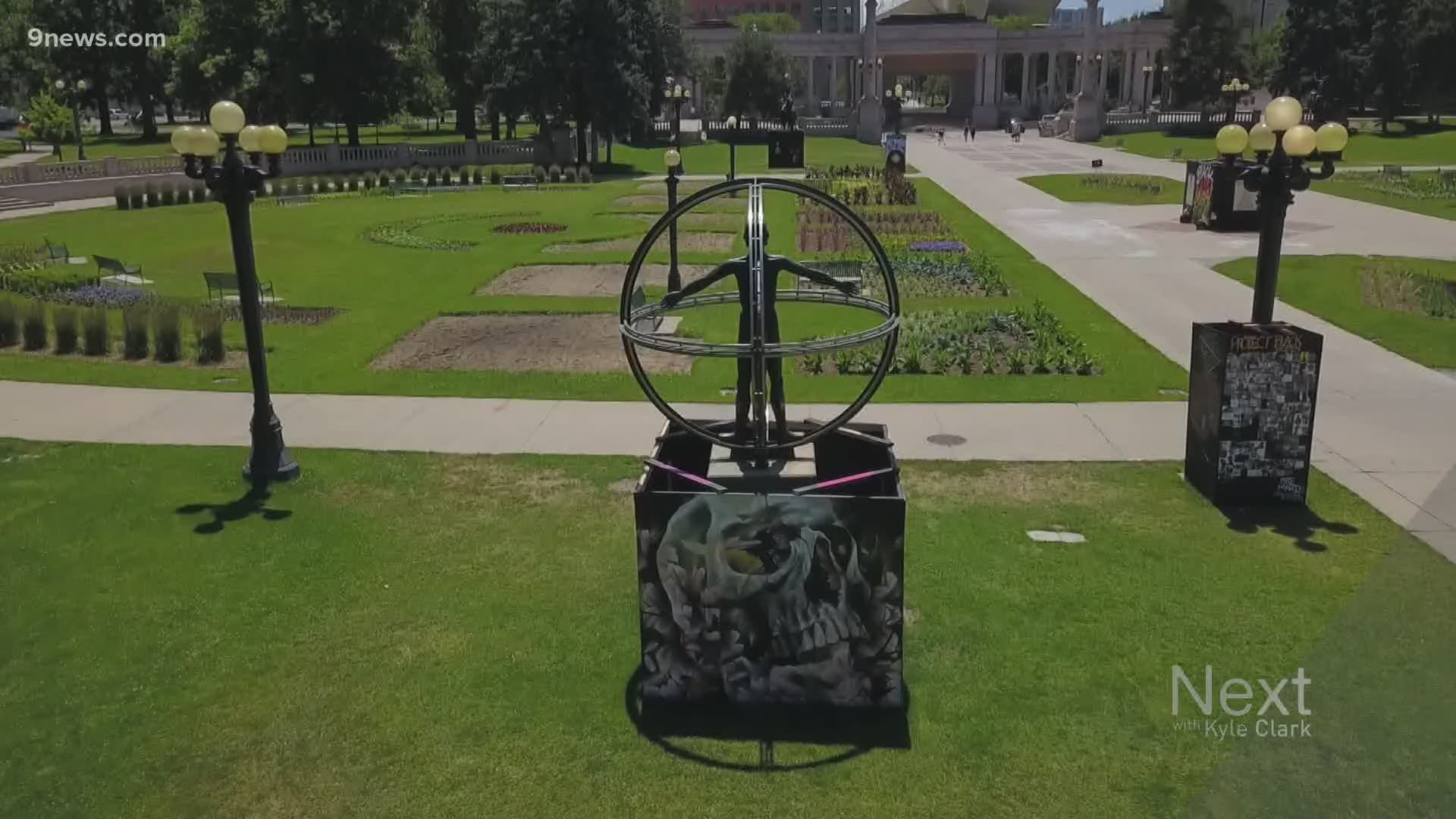 DENVER — Wednesday marked 50 years since the dedication of a statue in Denver’s Civic Center to Christopher Columbus, though it may not stay that way for long.

“We are right now working with Arts and Venues to look at the history of that statue,” Mayor Michael Hancock said to reporters at a news conference amid calls from protest leaders to remove the statue, citing Columbus’ history of devastating native populations.

“Not only must we create spaces where people feel accepted and respected, but we also find ways to provide that opportunity for people to understand the history of certain monuments and why they existed in the first place and why they ought to be removed or renamed,” Hancock said.

The statue was donated to the city by an Italian immigrant named Alfred Adamo, who moved to Colorado from Italy in the early 1900s, before moving to Detroit.

“He decided he wanted to donate a sculpture to the city of Denver that was representative of his Italian heritage and pride, which at the time was embodied by Christopher Columbus,” said Michael Chavez, the public arts program director for Denver Arts and Venues.

Adamo, who also donated the bronze lions near the entrance of the Greek amphitheater in Civic Center Park, chose a local artist named William Joseph for work.

Joseph passed away in the early 2000s, according to Chavez. But Chavez spoke to his son.

“One of the first things he told me was father was never crazy about the attribution…attributing it to Christopher Columbus [was] because he wanted the sculpture to be about human-kind connecting the four corners of the earth,” Chavez said.

He said Joseph’s son told him he wanted to name the piece “Man of All Nations,” but Adamo didn’t agree.

As a first step, Chavez said the city is considering removing the plaque commemorating Columbus, then working to rebrand the original artwork.

“The plaque does have to come off of it,” he said. “The next step is to figure out 'can we bring in the artist’s original intent?'

“The artwork itself is what is the copyright. The signage that’s on the pedestal is not the artwork.”

Chavez said he is currently in the middle of in-depth research on each of the city’s 400 works of public art, assessing them through an equity lens to see if any might make people uncomfortable.

Personally, he said he understands the concerns.

“As a person of color, I am the embodiment of Spanish migration and indigenous people,” he said. “You’re looking at it. So I understand where you’re coming from.”

RELATED: 'There is no history without Black history': Denver school pushes for more inclusive curriculum

The review of public art is part of a larger review of place names and other city property ordered by Hancock following the renaming of the Stapleton neighborhood because of its ties to a former Denver mayor who was a member of the Ku Klux Klan.

“Not only must we create spaces where people feel accepted and respected, but we also find ways to provide that opportunity for people to understand the history of certain monuments and why they existed in the first place and why they ought to be removed or renamed,” Hancock said.