Bicycle and pedestrian advocates have an ask for the city of Denver that would impact most neighborhood streets. 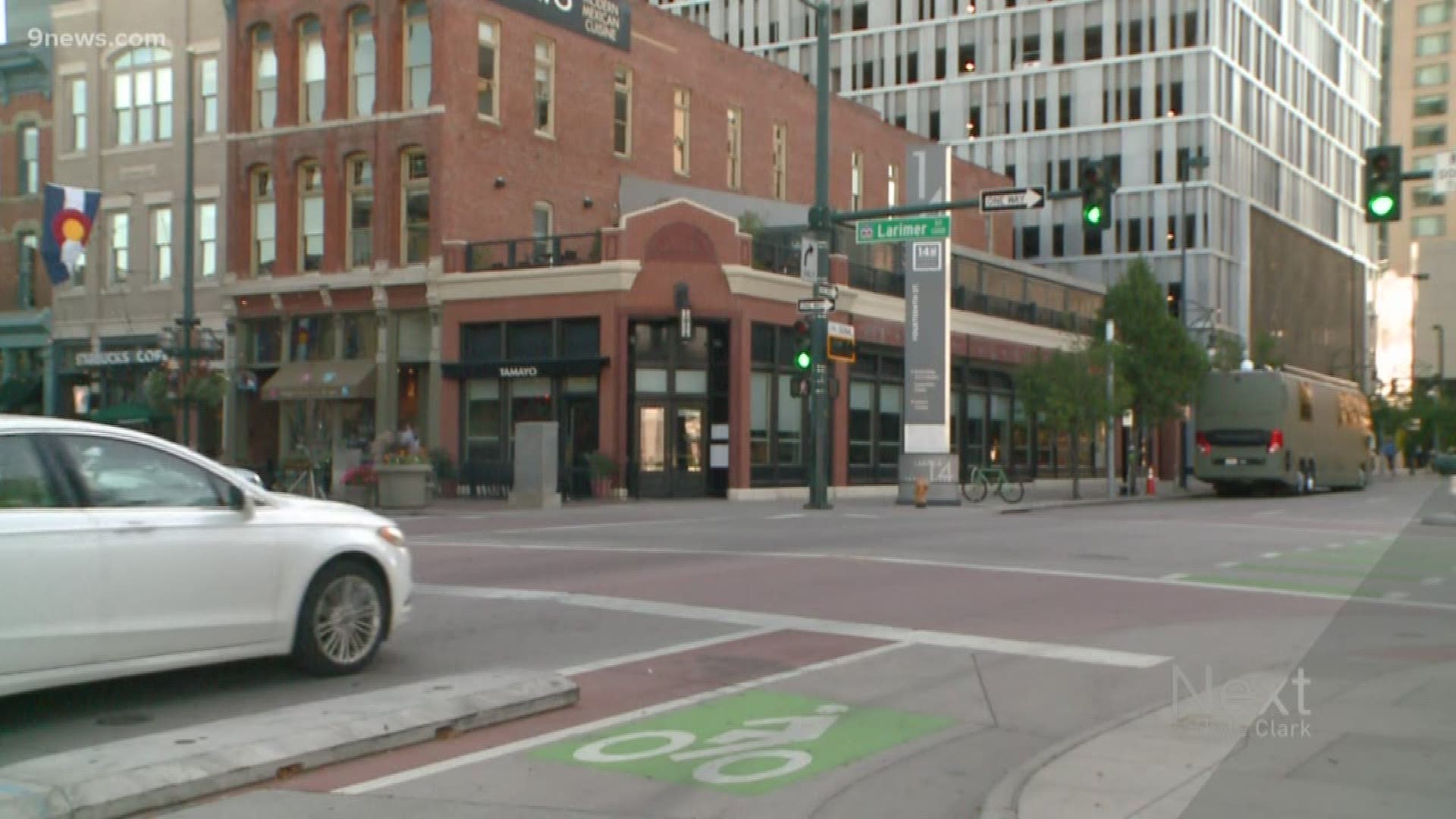 DENVER — Bicycle and pedestrian advocates have a request for the city of Denver that they think will keep more people safe.

The groups Bicycle Colorado and WalkDenver want to change an ordinance that focuses on default speed limits for roads that have no speed limit signs.

"It can make a big difference," she said. "The chances of a person walking being killed if they are hit by a car nearly doubles if the speed of the car increases from 20 to 25 mph."

In an email to 9NEWS, Kuhn said adding signs isn't really so simple, either. That would increase the workload for maintenance crews in the city, and people tampering with signs and littering the community could become a concern, too.

There is the money factor, as well. Kuhn said signs cost roughly a few hundred dollars each, and putting them on all residential streets would require a new funding source.

RELATED: Pedestrian dies after being struck by A Line train

RELATED: Pedestrian who died in collision near Sloan's Lake identified

But Loncatore said they aren't asking for signs or increased enforcement, but instead relying on people to get out the message through media, social media and other messaging to let people know to slow down.

Lancatore pointed to a study from the Insurance Institute for Highway Safety that was published last August. It showed that when Boston cut speed limits from 30 mph to 25 on city streets in January 2017, drivers were encouraged to reduce speeds.

Seattle and Portland have made similar changes to some of their speed limits, as well. In order for Denver to do it, the city ordinance regarding default speed limits would have to be changed by the city council.

So far this year, there have been 55 traffic deaths in Denver, according to statistics gathered for Vision Zero, the city's program dedicated to focusing on traffic safety and reducing deaths.

Councilman Paul Kashmann, representing District 6, said the debate within city council isn't about if something needs to be done, but if this plan would work without making safety changes to the street, too. He thinks it's a good idea, but while speed reductions should be a part of the conversation, he said it's just one part of a solution to make Denver roads safer.

Right now, the city is focusing on major corridors.

"Focusing on our high injury network, major corridors where most of the deaths and serious injuries exist," Kashmann said.

In August, the Mayor announced five major corridors will see a speed reduction in an effort to make those roads safer.

As for the proposed changes in neighborhoods, City Councilman Jolon Clark, who also is looking for ways to keep Denver roads safer, said it raises the question of authority and if the ordinance is changed, would it clash with other state or federal regulations?

Clark said all of those questions are being explored as city council decides what they will do with this idea.

Regarding enforcement, Loncatore said that in addition to hoping people simply follow any new rules, speed cameras that capture a photo of cars going too fast might help, too.

Clark pointed out, though, that expanding that program would require more money.

Denver Public Works said if this idea moves forward, they would get involved.

Denver Police also said they are plans to increase the number of traffic officers but they are still working out the specifics.