Yesterday's news is creating tomorrow's comic books. A writer in Denver is taking on the serious, and very real, issue of police shootings in a new graphic novel -- "The Burning Metronome." 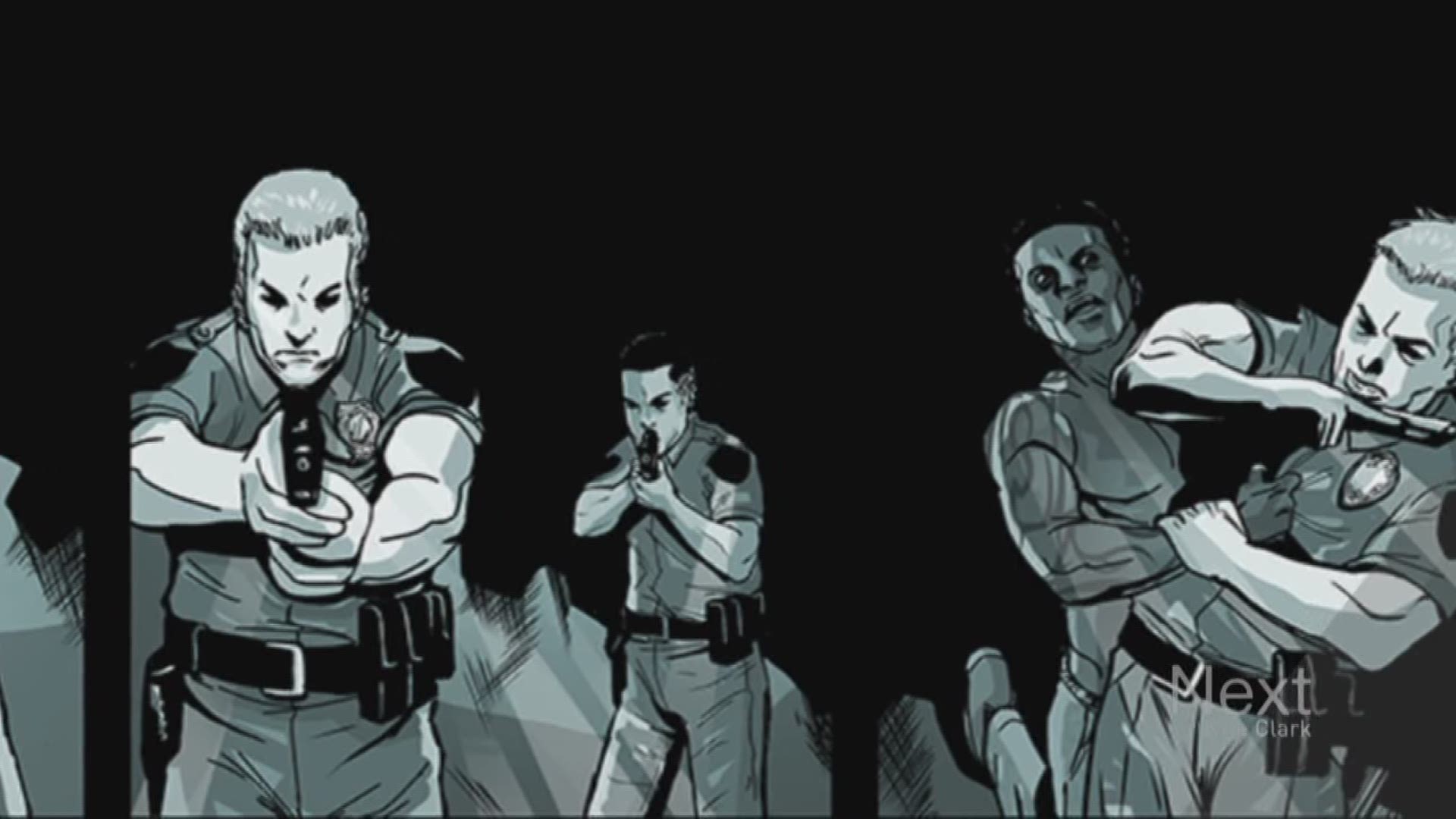 A writer in Denver is taking on the serious, and very real, issue of police shootings in a new graphic novel -- "The Burning Metronome."

The comic book will include six issues, all that tackle some type of human conflict. The first issue will focus on police brutality and race relations.

R. Alan Brooks worked along with a designer from Longmont, Matt Strackbein, to create the novel.

“I was thinking about just human conflict in general,” said Brooks.  “I feel like at the root of many conflicts, particularly this thing with police brutality - both sides, is the failure to realize the humanity of the people on the other side.”

Brooks and Strackbein decided you use a graphic novel, with a sci-fi twist, to help create conversation about the topic and portray that humanity that people can sometimes fail to see.

“I think comics have always been socially active,” Brooks said. “These things are part of my life, these issues exist, so comics are an excellent way to kind of deal with them - even as I try to figure them out myself.”

Brooks spoke with victims of police brutality, and to friends of his who work in law enforcement, to get both sides before writing the first issue.

“As a writer when you find the humanity in a story, when you find out what a person, a character is thinking what they believe and a lot of times they kind of lead you through it,” said Brooks.

The Burning Metronome will be available in the next couple weeks at local comic book stores and online.