Denver could ask voters to invest in CDOT

CDOT says it needs billions of more dollars. Hold on to your wallets. 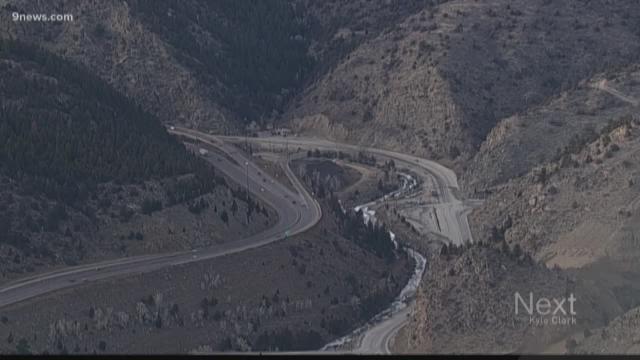 There was a time when CDOT pleaded for money, saying it only had enough to maintain the current roads. Now, it seems like everyone has an idea to get CDOT more money.

All we want to know is how much is it going to cost us?

At the end of last legislative session, lawmakers passed a bill that allows the state to mortgage buildings to help fund almost $2 billion in projects.

With Senate Bill 1, Senate Republicans want to change that plan. If passed, voters would be asked in November if the state could issue transportation bonds instead of mortgaging buildings. That would not cost taxpayers any additional upfront money.

The first hearing on this bill is Tuesday at 2 p.m. at the State Capitol.

Behind closed doors, transportation groups are meeting to test the waters for a ballot measure to ask voters for more money.

Those meetings include 70 statewide transportation groups and are being organized by the Denver Metro Chamber of Commerce.

"We have been engaged in transportation issues since our inception 150 years ago," said Denver Metro Chamber of Commerce CEO Kelly Brough.

"What are we talking about in these meetings right now? Sales tax increase?" asked 9News reporter Marshall Zelinger.

"Yeah, I think we're still looking at what are the various approaches that make sense or the most fiscally smart ways to invest, including bonding, so you can get major projects done. But, we haven't finalized the go forward plan," said Brough.

"If voters get asked something, will they be asked to pay more?" asked Zelinger.

"I think voters want the opportunity to be able to make a choice that says we expect this state to invest more in our transportation system," said Brough.

The options are essentially:

"Our hope was we would be at the ballot last year, and so now we believe we have to be there this year," said Brough.

In preparation for new revenue, CDOT has put together a list of projects totaling $6 billion in projects that could start at any time.

See for yourself how and where CDOT wants to spend $6 billion on road improvements.

"Here is a list of high-priority projects around the state that have been agreed to by all of our partners, and if the money is made available, these projects can be delivered in real time," said CDOT Executive Director Michael Lewis. "We have more than a $9 billion shortfall over the next 10 years in identified projects."

Previous CDOT chief Shailen Bhatt was not shy of saying he thought the state gas tax should be increased, which could only be allowed with voter approval.

RELATED: Verify: What if Colorado raised the gas tax?

"Would you prefer (a) sales tax or gas tax (increase)?" asked Zelinger.

"This is going to sound like I'm punting, but I am completely agnostic. Whatever the revenue source is, people are going to have to pay," said Lewis.