The letter dates back to 1981 and is still in good condition. 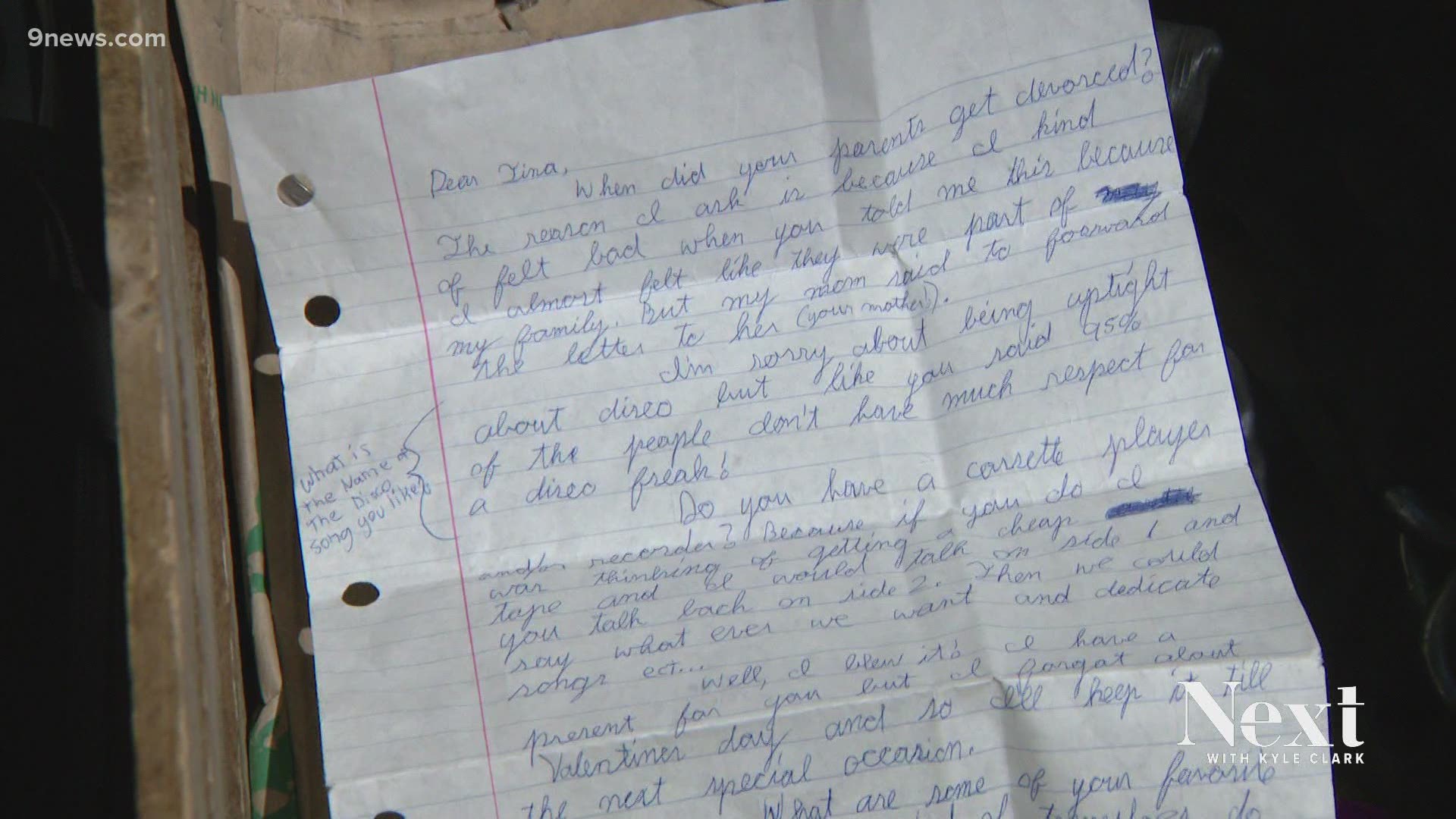 DENVER — A hand-written letter, dated Feb. 16, 1981, was recently found at 13th Avenue and Harlan Street, near the light rail tracks and along the bike path blown against the chain-link fence. The 40-year-old letter was discovered by Denver cyclist Derek Medina.

RELATED: Girl finds 3 bottles with messages inside at Horsetooth Reservoir

“It's such a sweet and endearing letter from a guy named Adam to a girl named Tina,” Medina said. “It’s been part of my mission this past week since I found it to get it back to the person who’s missing it.”

Medina said he realized someone kept this note for 40 years and lost it. He wants to find Adam or Tina and return the note to them. He said it has been kept folded and is in great condition.

“There [are] really sweet moments in there even though we only hear one voice, you can almost feel the connection that they have there,” he said.

Medina said the letter is filled with clues, like Tina’s parents were recently divorced when it was written and Adam asks, ‘where we going to get married when we grow up?’"

Medina knows it will be tough narrowing down exactly who Tina and Adam are but says he's committed to finding them.

“I’m trying to reach somebody who might make the connection to who that person is,” Medina said. “I don’t know why I just was compelled to get this letter back to them ... it seemed like when it was in my hands, it was my responsibility to get it back to the right person.”

Credit: Derek Medina found the lost letter and wants to return it to its owner

Medina said he’s hung up signs, posted in dozens of local Facebook groups, posted on Nextdoor, and even just asked people if they know someone over 40 named Tina or Adam.

“I knew this belonged to somebody and was still special to them and just that gravity of that made me compelled to try to find the person that lost it,” he said.

Medina said he hopes his dedication pays off, so this lost letter can finally make it back home.

“If I had something like that that was so meaningful, I would really want somebody to make every effort they could.”

RELATED: Popularity of e-bikes on the rise