Fireworks calls in Denver have increased more than tenfold over the same time last year. 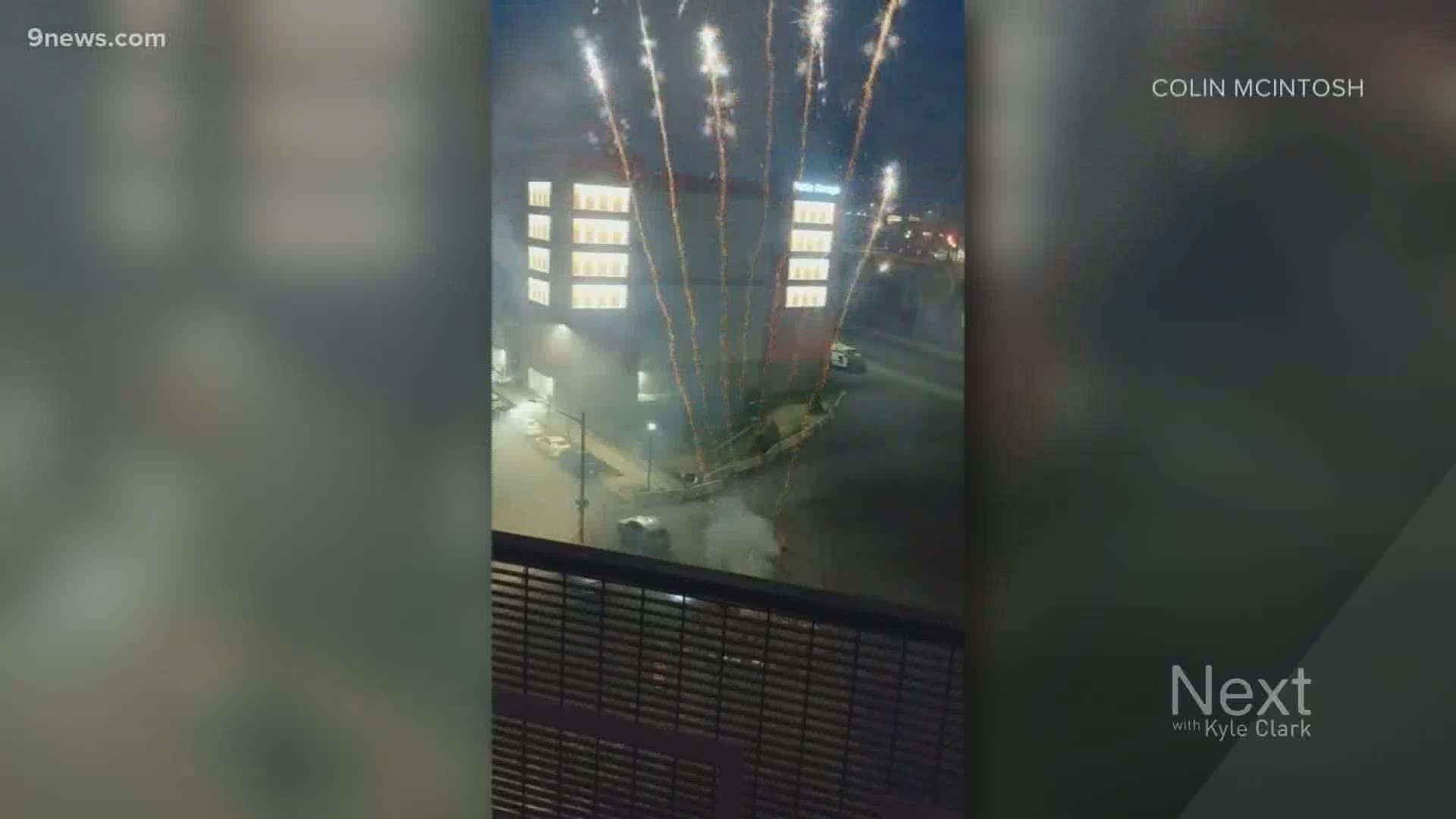 DENVER — The Denver Police Department (DPD) received 317 calls about fireworks Sunday night, and to put that in perspective, it only had six on the same date last year.

Over the past week, calls about fireworks are up more than tenfold compared to the same time last year, according to data provided by DPD. National news reports show this appears to be the trend across the country: the New York Times reports that New York City received 80 times more fireworks complaints during the first half of June than it did the year before.

The Boston Herald reports that fireworks complaints have gone up 2,300% year-over-year.

The National Fireworks Association said that sales of consumer fireworks are up "enormously" year over year.

DPD received 750 fireworks complaints this week alone. Last year, that number was just 69. Most of the complaints were on Sunday, but there were 167 on Saturday and 105 on Friday.

Video shared by a 9NEWS viewer showed a seemingly professional fireworks display in the gravel lot near West 29th Avenue and Delgany Street in the River North neighborhood.

According to the Denver Fire Department, a fireworks show at Elitch’s is the only permitted display in the city this year, and that will likely be canceled.

In fact, numerous sanctioned fireworks shows across the state have been canceled due to social distancing concerns from the COVID-19 pandemic, but that hasn’t stopped amateurs from creating their own shows.

RELATED: List: Firework shows (and canceled ones) across Colorado

The uptick in fireworks isn’t just happening in the city either. The Lakewood Police Department said it received 78 calls about fireworks between Jan. 1 and June 30 for fireworks last year. That number has increased to 88 as of June 22 of this year.

Douglas County has also seen an increase in fireworks. There have been 47 so far in June compared to 26 during the same time period last year -- an 81% increase.

The reason for uptick in fireworks isn’t exactly clear, although more people are staying at home due to the COVID-19 pandemic.

For what it’s worth, fireworks that leave the ground are illegal in Colorado unless you have a permit and are a trained professional.

Using illegal fireworks could come with a fine between $50 and $750.