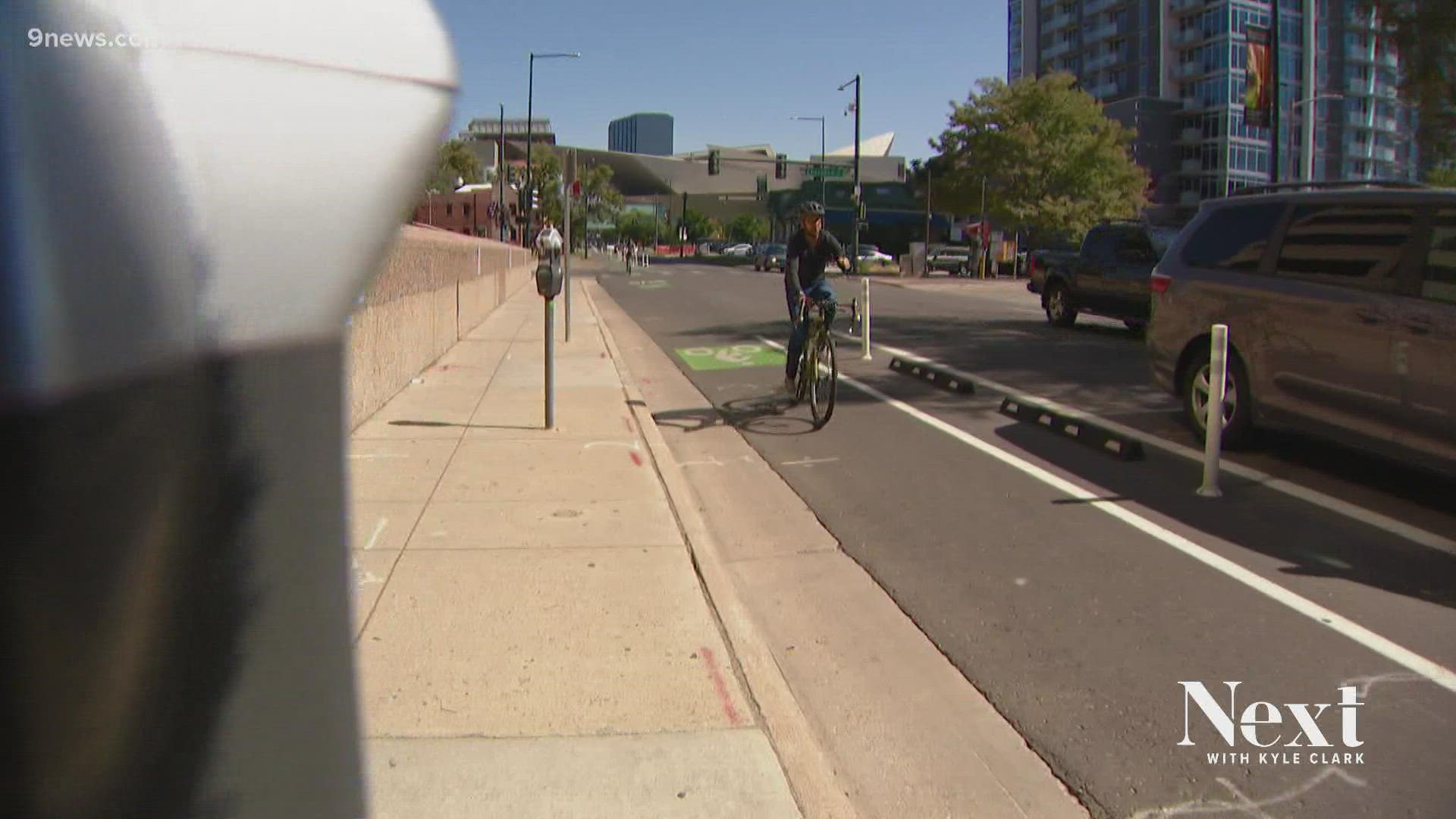 DENVER — Space is not infinite -- at least when it comes to infrastructure.

The city of Denver is in the midst of budget meetings to plan its spending for next year.

The Department of Transportation and Infrastructure (DOTI) is responsible for bike lanes.

There are several types of bike lanes used in Denver.

At the budget meeting where DOTI's interim director gave the department's presentation, city council president Stacie Gilmore asked why the city's philosophy isn't to focus on protected bike lanes like other countries.

"Oftentimes, it becomes a right-of-way issue. So ideally, we'd separate the bike lane and dedicate mobility to just bikes away from traffic," said interim DOTI director Adam Phipps. "Where it is cost-prohibitive to do that, where we would have to do a property take and reduce our housing inventory to do that, we then look at alternatives."

Reduce housing inventory is a reference to eminent domain, where the government could take property from someone to improve infrastructure.

Next with Kyle Clark requested an interview with Phipps about the comment and to find out if DOTI has ever used eminent domain to take someone's home for the purpose of a bike lane or for building or expanding roads.

"No, we’ve not taken someone’s home for the purpose of installing an on-street bike lane and that was Adam’s point: we need to work within the right-of-way we have available to us as much as possible, which is the street space between the two curbs," said Kuhn. "Not every street is a great candidate for a protected bike lane; we have to consider what’s happening along the street – how wide it is, how the street is being utilized, and how utilization of the space supports adjacent activities."

"It was pretty telling that the first reaction was that 'well, there's no room for bikes since we have all these other travel lanes and parking,' that the only option would be to remove houses to build more protected bike lanes, and that's just not true," said Molly McKinley, the program director for Denver Streets Partnership.

"I would never support a project that is a highway expansion that removes people's homes and I would absolutely never support a bike lane project," said McKinley. "It's not about removing homes that is our right-of-way limitation. It's kind of, the political will to make changes to meet those commitments to safety and climate in our city."

She pointed to streets like Broadway, Colfax, Federal and Alameda, with multiple lanes of traffic and parking, as areas that have space to allow for bikes.

"That's a reflection of what we value as a city right now, it's moving vehicles. And if we're going to shift our values, we need to shift how we allocate that right-of-way," said McKinley.