Right now cars are king, and the rest of us just need to get out of the way. That might change. 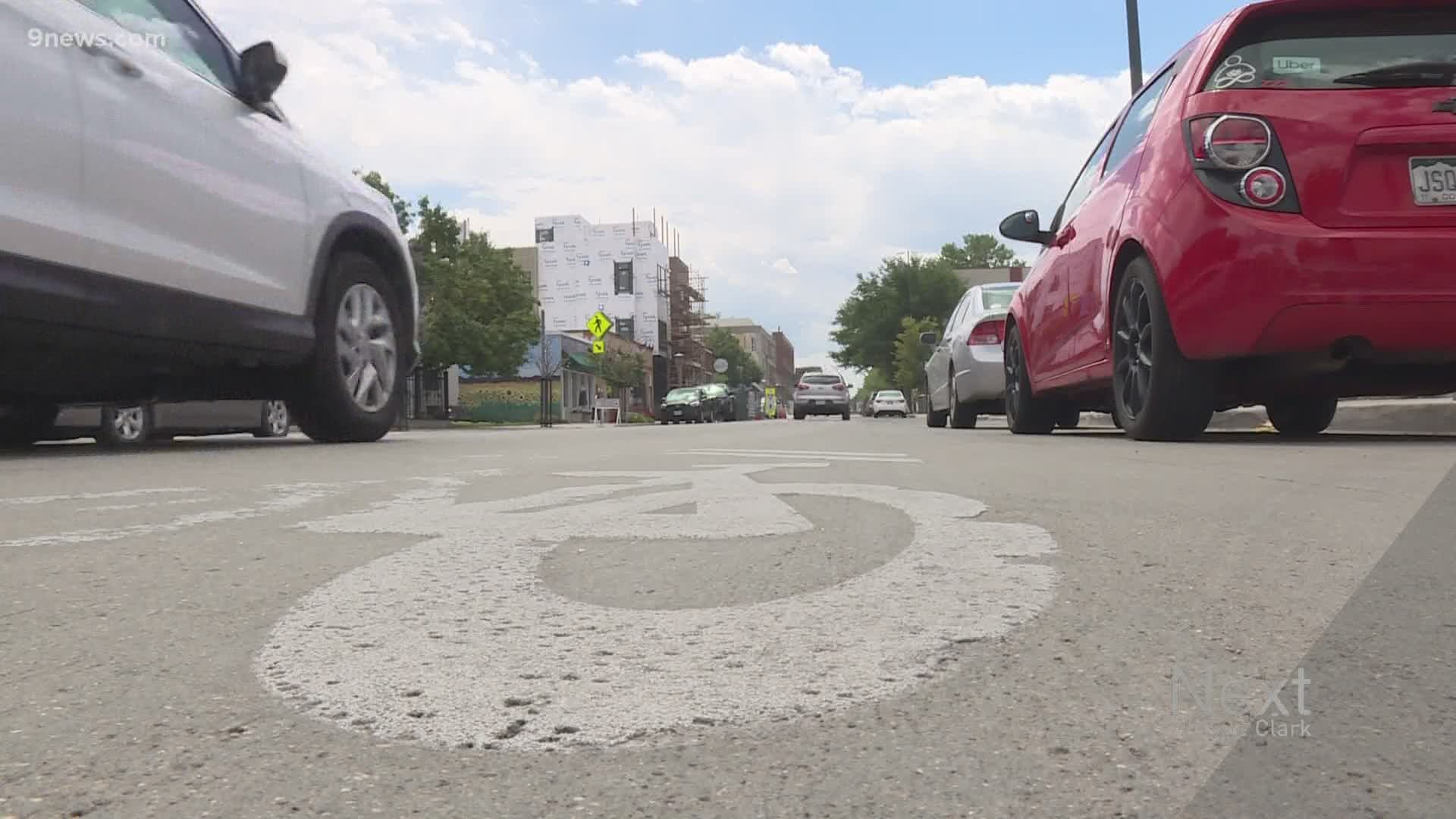 DENVER — In the city of Denver's inverted transportation pyramid, cars are on the bottom.

If it were a food pyramid, cars would be the equivalent of junk food.

At the top, where the grains would be, you find pedestrians.

Bicycles are the fruits and vegetables.

"Clearly, if you walk around the city or drive around the city, that's not how the hierarchy has been for the last 60 years," said cycling enthusiast Jonathan Fertig.

Fertig has skimmed through the Denver Department of Transportation and Infrastructure's (DOTI) 112-page Complete Streets Design, which is a blueprint for the future of Denver transportation infrastructure.

"Just because a street has been used for cars since you lived here or since growing up, doesn't mean it always has to be that way," DOTI Planner David Pulsipher said.

RELATED: As COVID-19 pandemic rolls on, bicycle business in Colorado is booming

The report has easy-to-follow graphics of what streets would look like with an emphasis on pedestrians and bicycles.

"I'm not trying to convince anyone to change their behavior," Pulsipher said.

How do you get a driver to feel less possessive of the road, when streets have traditionally been built for cars?

"You can give people visual and physical clues that say, 'Oh, I can't fly down here,'" Pulsipher said. "When we see someone coming from the opposite direction, I'm going to have to slow down here because there are parked cars on the other side. No one says, 'I see that car coming, I'm going to gun it.' You know? You slow down and negotiate."

In Northwest Denver, the 35th Avenue Neighborhood Bikeway already has some of the possible design changes.

Traffic circles slow drivers down, and cars can no longer cross Irving Street. Drivers have to turn right onto 35th from either direction, while pedestrians and cyclists can go straight across.

There is a section on shared streets that creates the idea that cars are the guests on the road, similar to how the city converted Bannock Street in front of the City and County Building into a pedestrian, bike-only road, with limited vehicle access.

A shared street is also what many residential streets have become since the pandemic. For instance, 16th Street east of downtown has been blocked off to thru traffic. Marion Parkway near Washington Park is another example, as well as 11th Avenue in Congress Park.

"The more people that are riding bikes, the fewer people that are driving cars," Fertig said. "The easiest sell for a driver to want bike infrastructure is getting people off the road."

Another section of the Complete Streets Design discusses "vertical deflection." Never heard of it?

Fertig, who supports most of the recommendations, defends the use of speed bumps and suggests if you hate them as a driver, you'll love them as a neighborhood resident.

"If it takes you 10 seconds longer to get to your driveway, hopefully that's something people will be able to live with when they see what the benefits are of cutting off thru traffic to their streets because people who don't live there won't want to drive on the street with the speed bumps."

RELATED: What the COVID-19 pandemic could teach Denver about reducing traffic deaths

There is also a section for creating a new Interstate 25 for bicycles. The Cherry Creek - South Platte Trail is considered the bicycle highway right now.

"They work really well under current volumes," Fertig said. "It's just like saying we could just put all of I-25 traffic onto Speer. It's just not big enough."

The future bicycle I-25 would be 20-feet wide in each direction, and would follow along the river as part of flood control.

The city wants feedback on the report. What do you like? What could be improved?

"There's a saying, it's like, every little girl thinks her doll is the best, don't tear it to shreds to prove it's made of sawdust," Pulsipher said ."You buy her a new one, she'll leave the old. So, you talk about the good things about biking and show people the options."