There has been a 50% increase in gun deaths in Denver since last year. Let’s break down the data.

18 of the people shot this year in Denver have been youth, 17-years-old or younger. Activists in the community are calling it "a state of emergency." 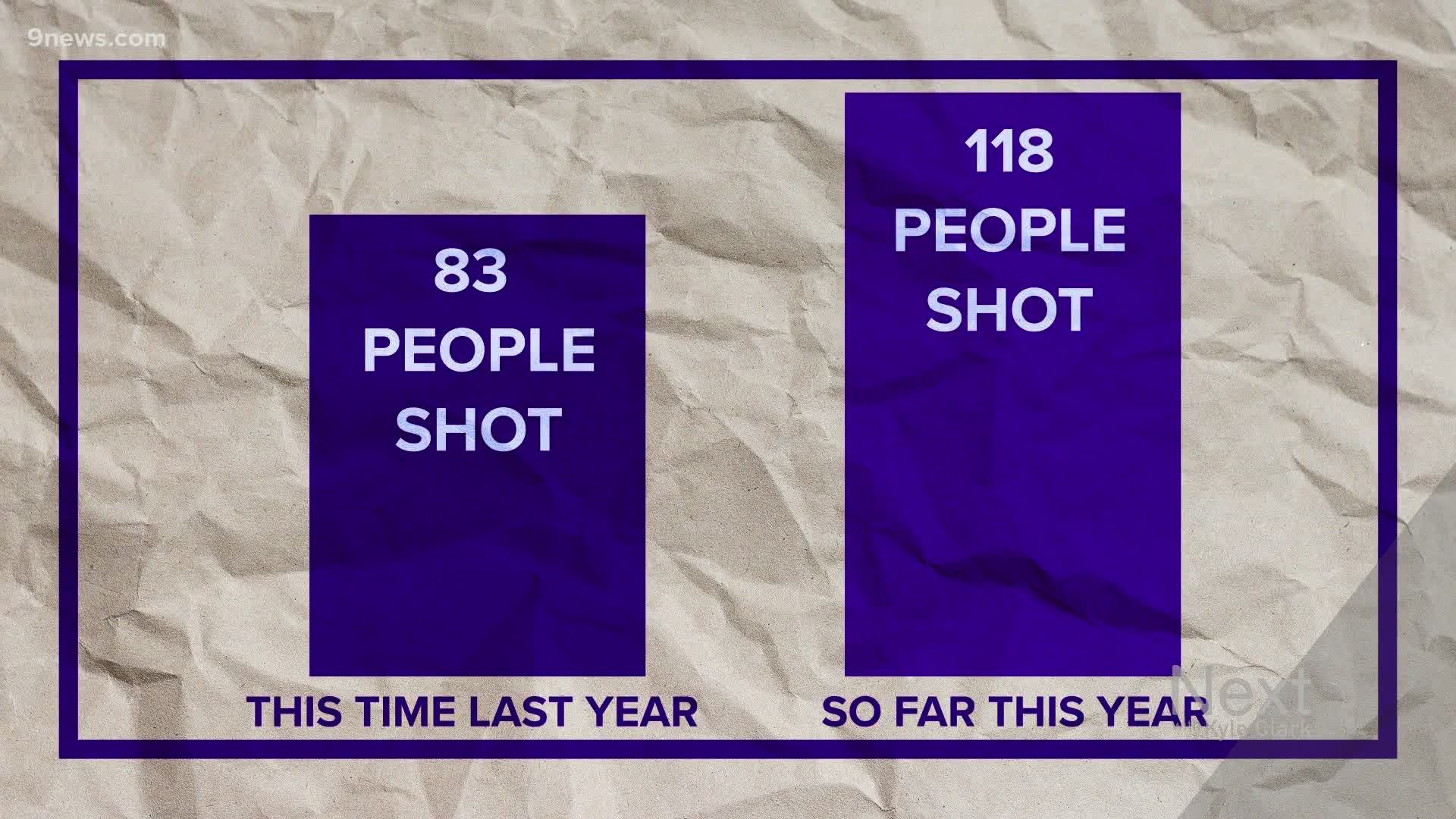 Last year - from January 1 through July 12 - 83 men, women and children in Denver had been injured or killed in a shooting, according to the Denver Police Department (DPD). Twenty two of them did not survive.

This year, in that same time frame, there have been 118 victims of gun violence. Thirty three of them have died.

That’s a 42% increase in gun violence and a 50% increase in fatal shootings from 2019 to 2020. That means Denver Police are responding to crime scenes with at least one shooting victim 42% more this year than last.

It also means 33 families have had to unexpectedly bury a loved one due to gun violence in our neighborhoods.

Eighteen of this year’s gun violence victims have been 17 and younger. DPD said the youngest of them was a 2-year-old near North Washington Street and East 20th Avenue in May.

July itself has been a particularly violent month, with 21 total shootings in three weeks and three teenagers murdered in a span of five days: 14-year-old Xzavier Collier, 15-year-old Moses Harris and 17-year-old Davarie Armstrong. Activists in the community, including the boys' families, are calling it "a state of emergency," especially for the youth.

DPD’s data shows totals, but it also shows trends like where gun violence is happening.

The police department divides the county into six districts for patrolling. District 3, for example, includes neighborhoods like Wash Park, Cherry Creek and University Hills. There have been 11 shootings in district 3 all year.

In Districts 2 and 5 – which encompass Montbello, Five Points, Montclair, Elyria Swansea, Northfield Stapleton and Green Valley Ranch – there have been 59 shootings so far this year.

That’s a 168% increase in gun violence in those districts over last year.

The most definitive difference in the shooting data is race.

The population of Denver county is 55% white, but only 19% of this year’s shootings have involved a white victim.

Denver county has a mere 10% Black population, and yet 48% of all shootings this year have hurt or killed someone who is Black.

That’s why members of the city’s Black community have held anti-violence rallies every week this month. Many led by youth in the community. Nonprofits and mentorship programs in predominately Black communities of Denver county lost a lot of funding when COVID hit. They're working with Mayor Michael Hancock and the city to get some of that back.

You can help too by donating to Struggle of Love, a nonprofit that's been on the ground in Montbello for more than a decade. Struggle of Love works with young people giving them a safe place to rely on, while also equipping them with the skills they need to stay out of trouble and succeed.

Online fundraisers have also been setup for the families of 14-year-old Xzavier Collier and 17-year-old Davarie Armstrong - the most recent teenagers shot and killed in Denver. Click their names to donate.