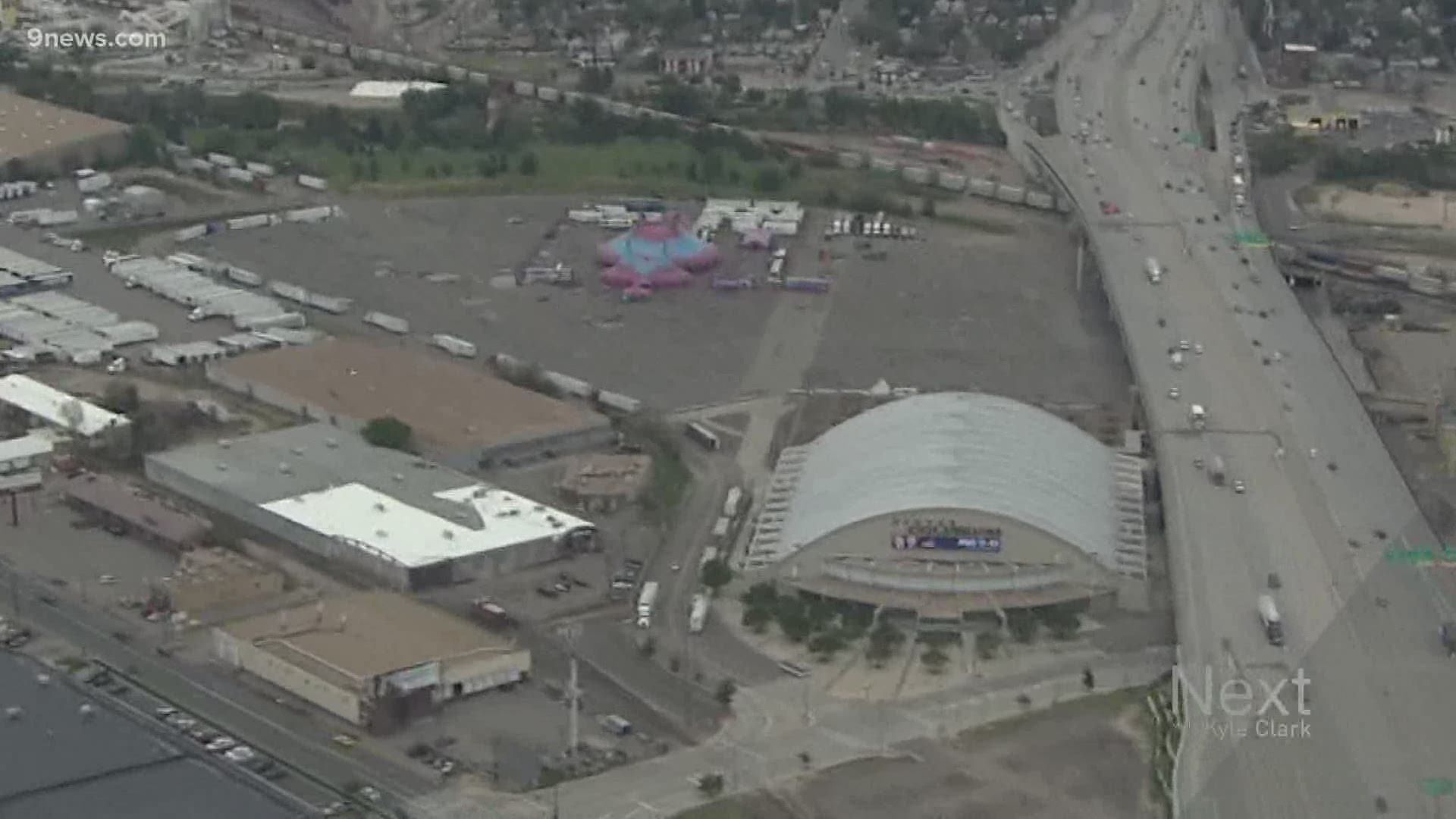 DENVER — Despite warmer weather and the end of stay-at-home orders, the auxiliary shelters that have been set up to house those experiencing homelessness continue to see hundreds of people a night.

The Denver Coliseum, which serves as a shelter for women, housed 181 people Monday night, the JIC said. It can hold up to 300 people.

“I think we’ve been surprised at how high the utilization has been, especially considering it’s more remote than some of the downtown shelters we’re used to, and that coming and going might have been a little bit more difficult,” said Cathy Alderman, the vice president for communications and public policy for the Colorado Coalition for the Homeless. “ … I’m seeing some of our shelter providers saying this usage reminds them of weather events.”

Last week, a man was stabbed to death inside the National Western Complex. Alderman said this kind of violence is relatively rare at the city’s shelters.

“We’re all mourning the loss and doing the very best we can to make sure guests feel safe and our staff feels safe, and we’re doing what we can to release tension before it ever gets to the point that we can last week,” Alderman said.

During the beginning of the COVID-19 pandemic, the city also said it planned to secure more than 3,000 hotel and motel rooms for people experiencing homelessness. The JIC said 810 of those rooms are available, but only 456 were used Monday night.

Alderman said these hotel rooms are meant for people experiencing homelessness who either have been diagnosed with COVID-19 or are at-risk for severe illness, and that in a way, it’s good news they aren’t being utilized as much – but it doesn’t mean they won’t be necessary in the future.

“I think we will need both types of hotel and motel spaces on a long-term basis,” Alderman said.

She said the National Western Complex housing has been approved until July, and it can be extended in the event of a second wave.

“We can’t assume that this crisis is over just because we’re starting to open up,” Alderman said.

Despite the high usage of the city's facilities, the Denver Department of Transportation and Infrastructure (DOTI) recently cleaned up a homeless encampment in the Capitol Hill neighborhood.

The Colorado Coalition for the Homeless said it is rarely the people camping causing the crime, and that the crime follows vulnerable populations. They added that people in Capitol Hill are likely seeing more people experiencing homelessness because COVID-19 has shut down places those people would normally go like libraries and recreation centers.

"They are economic refugees," said Benjamin Dunning, an organizer with Denver Homeless Out Loud. "The one thing we can do right away is you know say, 'hey, nobody’s using that piece of land let’s go there.'"