DENVER — Denver Parks and Recreation has a new strategy for controlling the city's goose population.

According to the city’s newly released goose management plan, crews are rounding them up to be killed and given as meat to families in need.

The roundups began this month.

Crews from the U.S. Department of Agriculture's Wildlife Services division are doing the work on Denver's behalf.

USDA biologist Kendra Cross is in charge of the Denver goose roundups and says the goose meat is being distributed to needy families in the counties surrounding Denver.

As a safety precaution, she wouldn't say where the birds are being processed, only that the meat is not being distributed in the city and county of Denver.

Parks and Rec says cutting down on the estimated 5,000 geese living in Denver year-round will improve the health of lakes and ponds by reducing the roughly 5,000 pounds of goose poop the city absorbs each day.

The new strategy has its critics, including retired University of Colorado Boulder professor of biology and ecology Dr. Marc Bekoff.

Deputy Executive Director of Denver Parks and Recreation Scott Gilmore says the roundups will have a lasting impact.

When it's cold outside and migratory geese come to winter in Denver, Parks and Rec also hazes the birds with what's called a Goosinator – a remote-controlled all-terrain vehicle that essentially freaks the birds out so they fly away.

RELATED: Who you gonna call? Goosinators

The city recruits volunteers to operate its Goosinators.

They're meant to mimic the effect of natural predators, which have all but disappeared from many of Denver's urban parks.

Gilmore says Denver's new goose roundups are in line with both state and federal guidelines for managing wildlife populations. 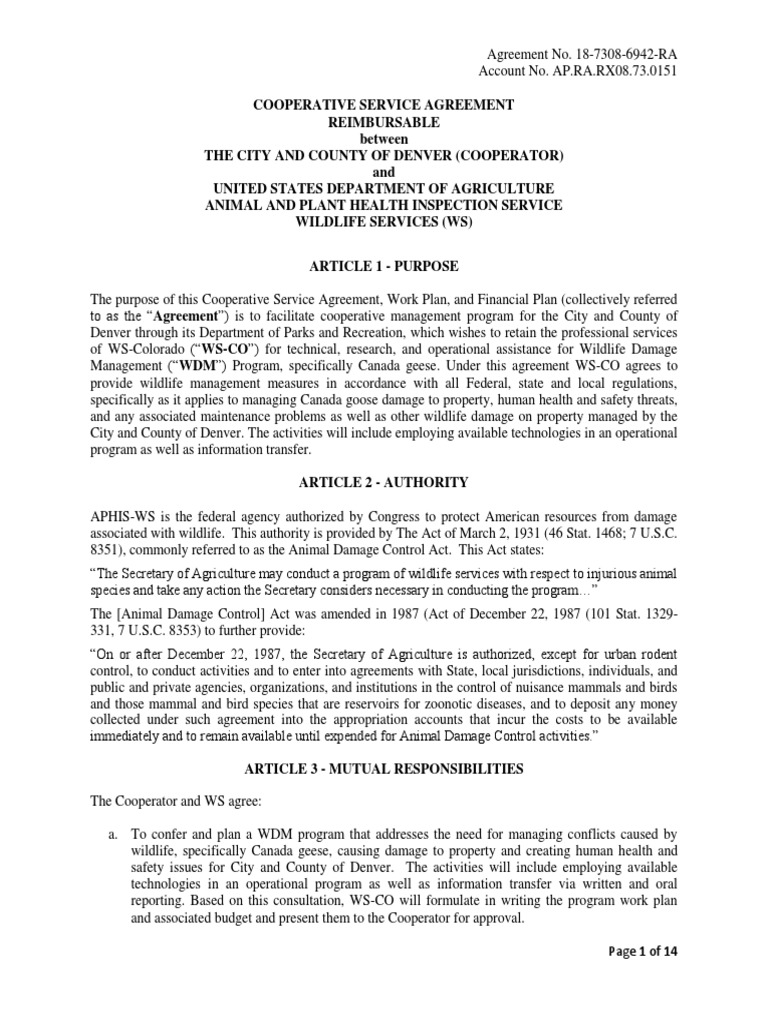 Goose kill and meat distribution agreement | Bird Migration
The purpose of this Cooperative Service Agreement, Work Plan, and Financial Plan (collectively referred to as the "Agreement") is to facilitate cooperative management program for the City and County of Denver through its Department of Parks and Recreation, which wishes to retain the professional services of WS-Colorado ("WS-CO") for technical, research, and operational assistance for Wildlife Damage Management ("WDM") Program, specifically Canada geese.