This comes after a coronavirus outbreak was reported at the USPS facility that handles all mail for Colorado and Wyoming. 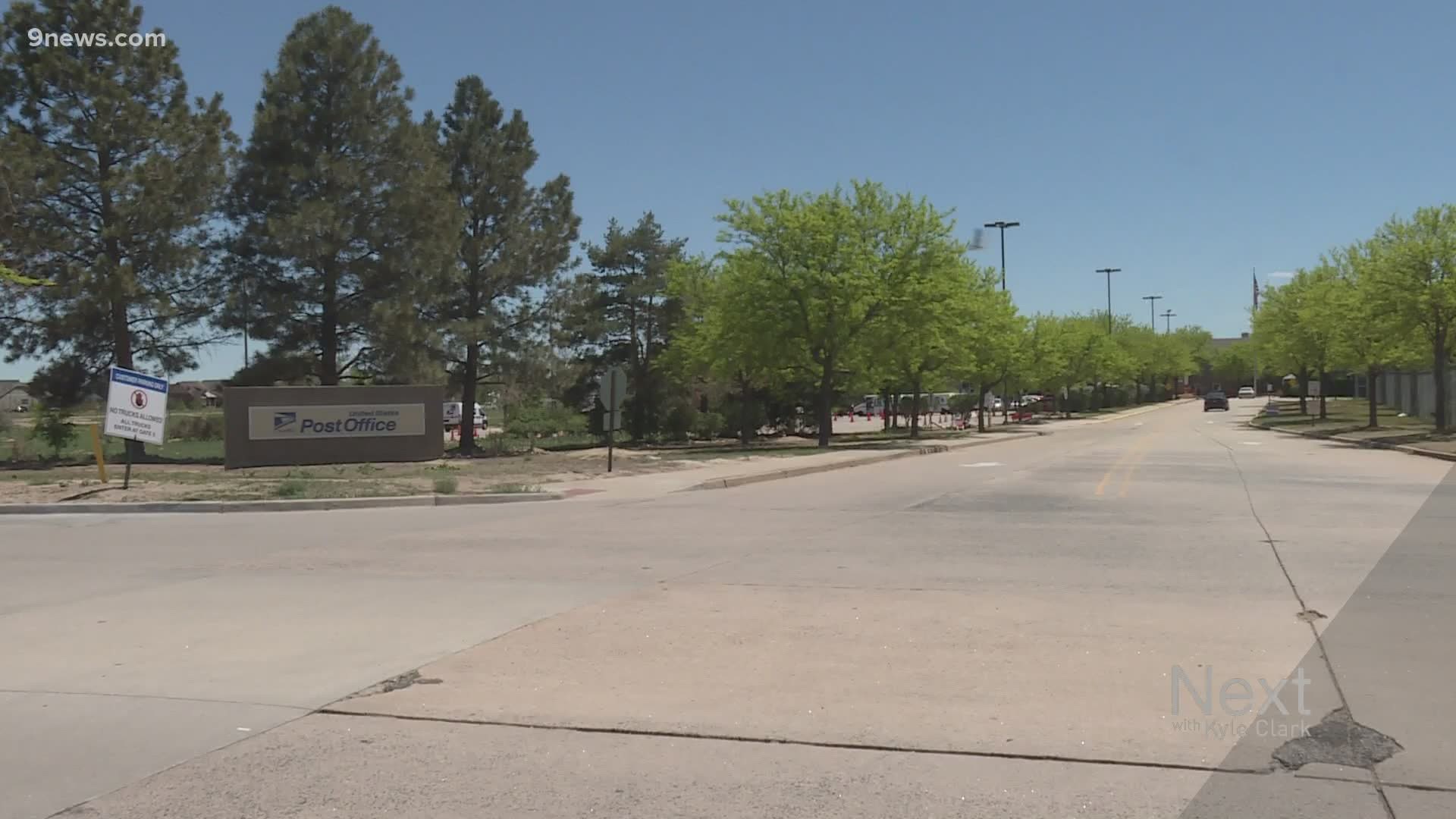 DENVER — After issuing a closure order to the fourth largest mail distribution facility in the nation, representatives with the Denver Department of Public Health and Environment (DDPHE) have met with members of the United States Postal Service (USPS).

9NEWS first reported the closure order issued by DDPHE to the Denver Distribution Center at 7550 E. 53rd Pl. on Thursday.

RELATED: Denver orders closure of USPS facility that handles all mail for Colorado and Wyoming

The facility handles 10 million pieces of mail each day for 6.3 million people in Colorado and Wyoming, according to the USPS.

The city ordered it shut down after receiving public health complaints and being unable to investigate the claims or get in contact with anyone from USPS.

DDPHE said the state has confirmed five employees tested positive for COVID-19, and that one of the employees has died.

A city of Denver spokesperson said that the employees' illnesses were in March through late April, and that those employees were tested in early April through early May. The spokeswoman did not know if the other four employees had recovered or were still ill.

On Friday, Rep. Diana DeGette wrote U.S. Postmaster General Megan Brennan, asking for the USPS to work with the city of Denver.

"I remain deeply concerned that remaining open over the objections of public health officials may have both short-term and long-term negative effects for USPS frontline workers and recipients of USPS services," DeGette wrote.

"We must follow strict but appropriate guidance given by health officials, especially local leaders who are best equipped to assess the day-to-day situations in their respective communities," her letter stated.

In an interview with Next with Kyle Clark, DeGette said her letter to the USPS prompted cooperation on Friday.

"I was really disturbed when I saw the story last night that the Postal Service wasn't even talking to Denver (Department of Public) Health, so apparently, after they got my letter today, they initiated discussions," DeGette told Next with Kyle Clark. "I don't think we should have to sacrifice the health of our postal workers to make sure people get their mail."

When asked if the federal facility should be above a local health order, DeGette was firm.

"Not when you're talking about the health of the workers," DeGette said.

She would not, however, say if the distribution center should follow the closure order and shut down.

USPS spokesman David Rupert told Next with Kyle Clark that the Postal Service has provided 67 pages of documents and met with the city for "many hours over this week."

He said the documents include copies of processes and procedures and pictures.

"The meeting went well, and both parties expressed a commitment to working together on outbreak and complaint investigations for COVID-19 as well as broader issues when they arise," a city of Denver spokeswoman said in an email. "The city will continue to work with USPS to obtain information about additional cases, whether transmission appears to be ongoing, and to ensure controls are implemented."

Are you an employee of the USPS Denver Distribution Center? Do you have a news tip? Email Marshall Zelinger at marshall@9news.com.