Denver Mayor Michael Hancock hopes voters will OK the arena at the National Western Center campus, where another arena, Denver Coliseum, has stood since 1951. 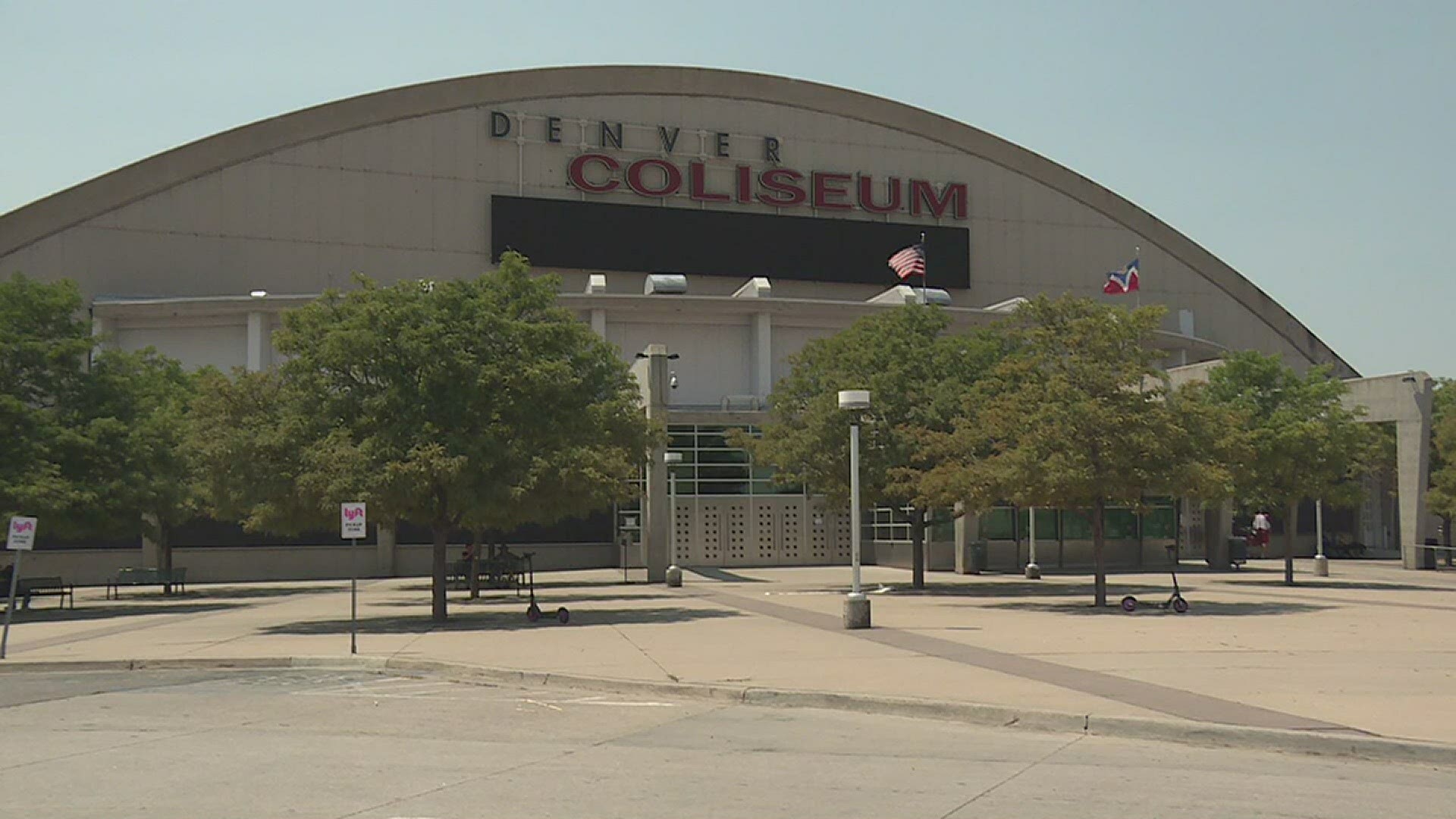 DENVER — Dropped into Denver Mayor Michael Hancock’s State of the City address on Monday was the mention of a new “state-of-the-art arena.”

Hancock described a bond he hopes Denver voters will approve in November that allows the city to borrow money to pay for $450 million in projects, including the new 10,000 seat arena.

"Building a new state-of-the-art arena, and the new events it will attract, will create year-round jobs and provide funding for community programs and projects important to the well-being of the surrounding neighborhoods," he said. "Bond-funded transportation projects will support new jobs and improve mobility, and other projects will strengthen our cultural institutions, libraries and parks-and-rec facilities."

A rendering of the arena has already been posted to the National Western Center website. The page describes it as a “modern event venue” designed for live music, family entertainment, sports events, expos and more.

The new arena would be bigger than its future neighbor down the road, the Mission Ballroom, which holds just shy of 4,000 people. Ball Arena in downtown Denver can hold 20,000 people for concerts.

The city has not said officially if this new arena means the end of the Denver Coliseum, a facility that has gone unused since March 2020, just before the Colorado High School Activities Association canceled the remainder of the girls and boys high school basketball tournament.

Based on Hancock’s statements on Monday, however, it sounds like it could be the next concrete structure demolished after the I-70 viaduct right next door.

"We got to replace the Coliseum at the National Western today. It's an older facility with – missing a lot of issues, I mean a lot of things including [Americans with Disabilities Act] accessibility, air conditioning,” Hancock told 9NEWS.

RELATED: Denver's State of the City focuses on COVID response, housing and violence

Brad Buchanan is responsible for the 250-acre National Western Center campus where Denver Coliseum has stood since 1951. He said the decision to take down the Coliseum is not related to adding this new structure.

“The Denver Coliseum is, right now, a 70-year-old facility and the National Western Center campus needs a state-of-the-art facility,” he said. "This is not making that decision right now. That decision is a separate decision."

According to National Western, a new arena was supposed to be funded through a P3, a public-private partnership. Taxpayers would have repaid the private partner over 30 years.

As a result of COVID-19, that plan is no more. Hancock now wants Denver voters to approve the bond.

"The P3 option is not an option right now and we don't know when it will be an option, and so, this is the next critical step on this campus,” Buchanan said.

A spokesperson for Hancock said they could not point to any events Denver missed out on because it did not have a modern arena for 10,000 people.

"...it's more about the types of events we could then get in on trying to attract with a year-round mid-sized arena," Michael Strott said. "Keep in mind that because the Coliseum doesn’t have air conditioning, it’s essentially a seasonal facility and not a year-round one."

Strott added that building this arena is not because of any future plans to bring the Olympics to Denver.

The next event scheduled for the Coliseum is a show by Fisher and Chris Lake on Aug. 14. They'll play in the parking lot.