After first thanking right-wing militia members for coming to Denver during last week's protest, Denver Police said Monday they don't want them around. 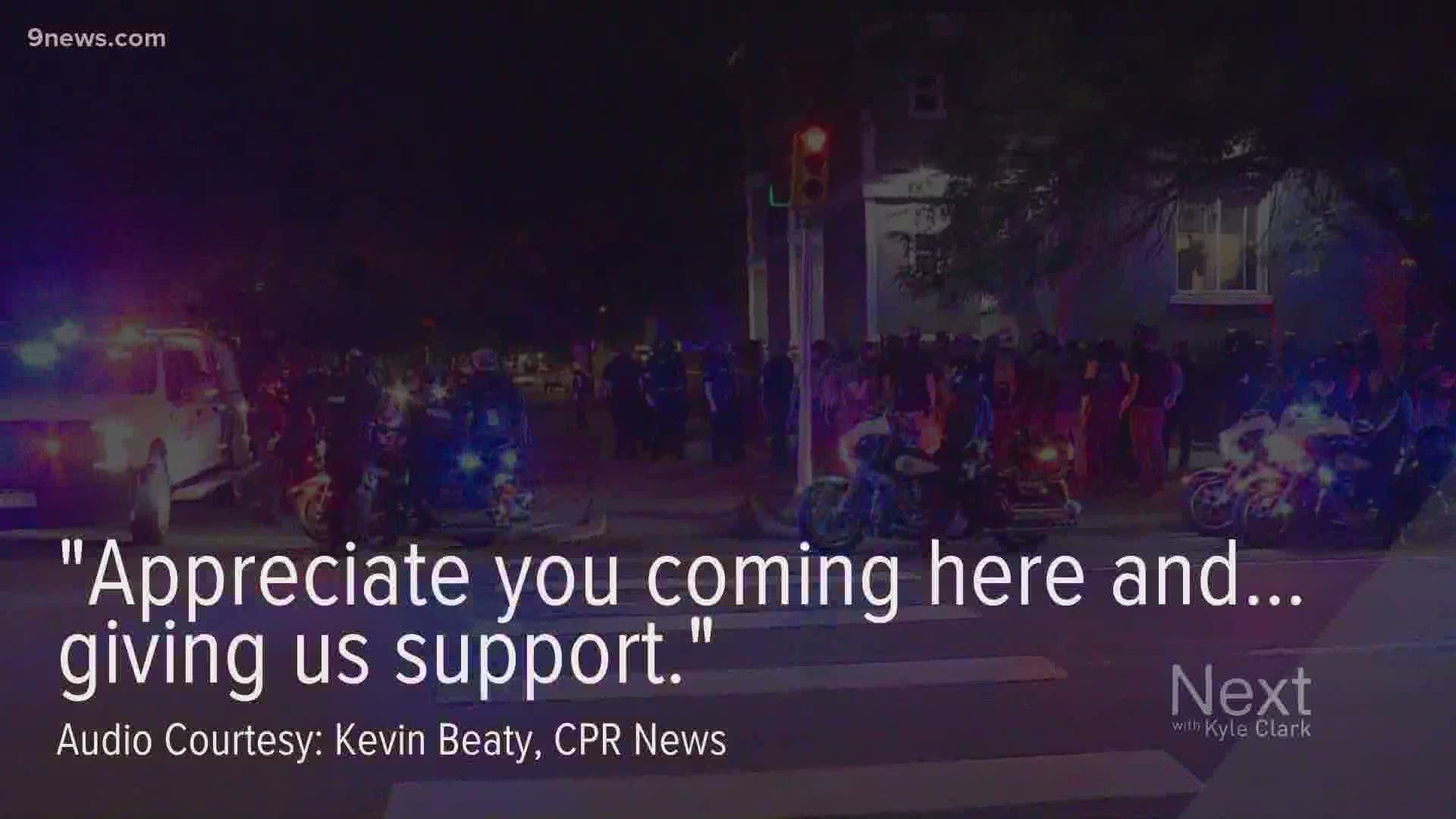 DENVER — After spending the weekend explaining a casual encounter between a Denver Police lieutenant and what appeared to be an armed militia group, Denver Police brass told Next with Kyle Clark on Monday the groups should stay home.

“We certainly don’t support any militia group or any group at all coming down and engaging in violent behavior in Denver,” said Denver Police Division Chief Ron Thomas. “We don’t support that at all, no matter what side you’re on.”

Thomas’ suggestion comes after audio recorded by a Colorado Public Radio reporter showed a Denver Police lieutenant telling the group that police “appreciate you coming here and giving us support,” before telling the group to disperse.

“The lieutenant who engaged that group was really trying to just diffuse and de-escalate that situation and I don’t think he was expressing necessarily that he appreciates them coming down and looking to engage another group,” Thomas said.

Last night: DPD. Lt. Mike Cody tells armed militia group that “we appreciate you coming here and giving us support” but “we really want you guys to just disengage and go back to your cars.”

Audio from @KevinJBeaty. Photos are not of that specific interaction. pic.twitter.com/4FgxB8L5C7

“He acknowledged their presence. He then asked them to demobilize and leave. We followed them,” Robinson said.

The tape is similar to another video from Kenosha, Wis., where police officers there thanked a militia group patrolling a protest in the wake of the shooting of Jacob Blake. In one video, officers there are seen giving water to a 17-year-old with a long rifle who would later be accused of shooting and killing two protesters that night.

Robinson said the key difference with the Denver tape is that his officers make sure the group left.

“We, unlike Kenosha and other cities that had these issues, we followed them to make sure they truly did de-escalate and leave the area,” he said.

The appearance of the group concerns police leaders as the presence of militias has escalated violence in other cities.

“We don’t need them to help us defend the city facilities,” division chief Thomas said. “They’re actually kind of in the way.”

“When we’re focused on (anarchists) it’s even more troublesome when there’s another group that we have to be concerned about them engaging this other group and getting in the way of us trying to have to do what we need to do to defend ourselves or public or private property.”