New construction often prices out residents but the Denver Housing Authority wants to redevelop an old patch of land, now a tank farm, to include affordable housing. 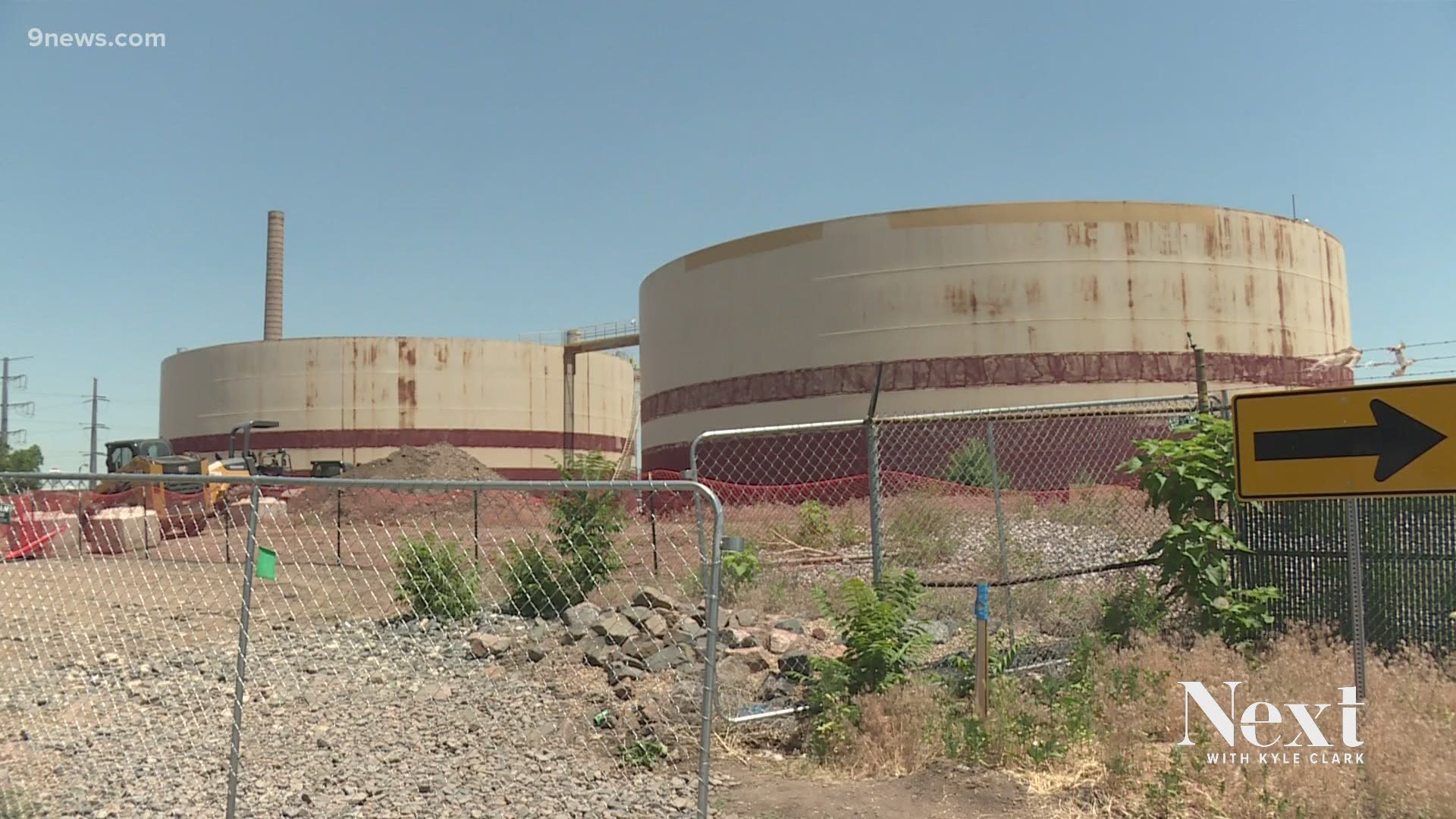 DENVER — There is a redevelopment project in the Denver Metro Area where 70-year-old homes are being torn down and rebuilt, and the residents are not getting priced out.

No, this is not an Onion article.

"We felt it was time, now, to redevelop this to have a long-term sustainable impact in Sun Valley," said Ryan Tobin, Denver Housing Authority's Real Estate Investment Officer.

Demolition began Tuesday on Denver Housing Authority units that have existed well past their prime.

Phase one of the Sun Valley redevelopment is complete. High rise units called "Gateway North" and "Gateway South" have opened. The first phase is for people 60% of area median income (AMI), meaning the same people who qualified for the demolished units, qualify for the new units.

"What's happening over at 10th and Decatur is really the first phase of seven buildings that are being built here to replace the existing units," said Tobin.

For every bedroom being demolished, a new one is getting built, and then some. Some of the units will be offered at whatever rent the market demands, along with the income-restricted units.

There is another part of the project that has taken a decade to become real.

This part of the project requires you to take I-25 to exit… wait, this isn't the Tree Farm, this is the Tank Farm.

"It's kind of an intersection of opportunity between the old blight that's really been a stigma on the neighborhood, being the 'tank farm,' and now a new housing development that has just started construction in March, which will serve 135 families out here," said Tobin.

The 'tank farm,' just off 12th Avenue and Bryant Street, and along the South Platte River Trail, has three empty oil tanks. The land is proposed to become eight acres of development, five acres for a park and the rest for residential units.

"Just to the south of us, we have 333 families that live in our housing that have had to look at this for years wondering what is in those tanks and what happens around them," said Tobin.

"I know in the last 15, if not 20 years, they've been empty," said Hollie Velasquez Horvath, Senior Director for State Affairs at Xcel Energy. "They were used as, sort of, a fuel tank, where we held residual fuel sources when it was a coal-burning plant."

Xcel and the "tank farm" are on the agenda for the Public Utilities Commission on Wednesday. The PUC -- the state's utility regulators -- is being asked to approve the decommissioning of the tanks and the stacks on the other side of the Platte River, though that part of the property is not part of the Sun Valley redevelopment.

The decommissioning process has gone on for quite a while.

"Probably close to a decade-long of conversation, it started back with Mayor (John) Hickenlooper," said Velasquez Horvath.

"Elitch Gardens is actually sitting on industrial standards. It's something that we're able to do to clean up to the point where you can use it for commercial operations, but it's incompliant for people to live on," said Velasquez Horvath.

The Sun Valley redevelopment is happening ahead of the planned construction south of Mile High for what is known as the new Stadium District.

That district could have some buildings 20 to 30 stories high. With a downtown-like development bordering the Sun Valley redevelopment, how does Sun Valley avoid the G-word: Gentrification?

"I think that it'll have a seamless connection between the jobs that we envision at the football and the stadium district and the housing that we're providing. So, we see them as a balance, supporting the individuals that have lived here historically," said Tobin.