Traffic data from CDOT shows an uptick in cars on the road around Denver when the statewide stay-at-home order was lifted. 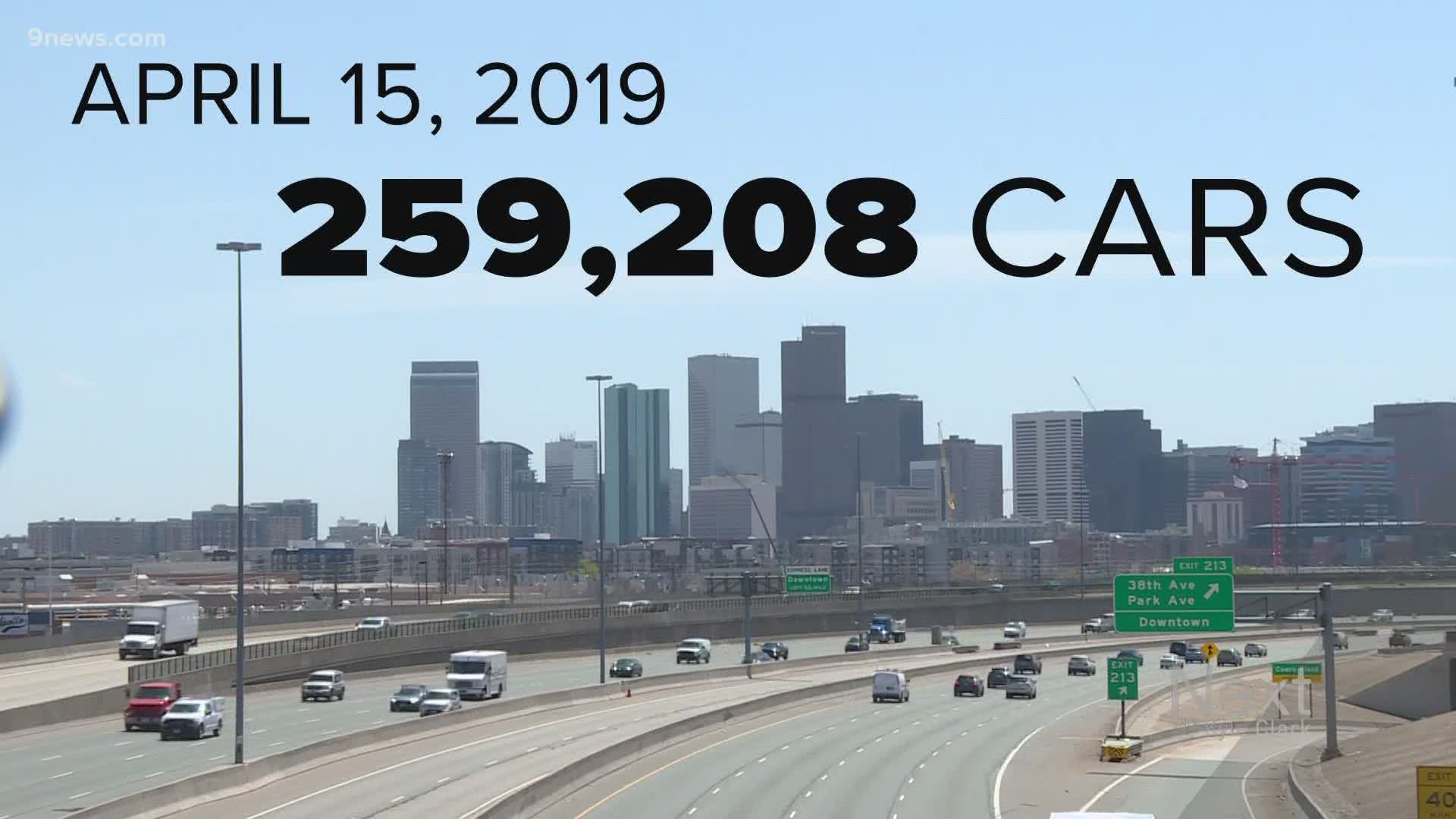 DENVER — If you judge a city by its traffic, Denver is starting to look like itself again.

And remember those empty highways from two weeks ago? Data shows they are starting to fill up again.

At the beginning of April, the Colorado Department of Transportation (CDOT) said traffic volume was down about 50% from pre-COVID-19 times. Traffic on the roads has increased about 20% in the past week since the state’s stay-at-home order expired.

RELATED: 'We had 168 mph up on 6th Avenue': Lakewood PD wants people to stop speeding

RELATED: Airport among places where you'll be required to wear a face mask

"Ever since we moved to the safer-at-home, we have seen some more cars out on the roadway," said Master Trooper Gary Cutler with Colorado State Patrol (CSP). "We did see a lot less cars on the road, but then we started to see an increase in speeds and that was something that disturbed us."

Even though the number of crashes CSP said they’ve worked has stayed about the same, some have been more deadly. CDOT said motorcycle deaths are up nearly 25% this year.