There are 14 view planes in Denver. Developers are restricted in what they can do in a view plane, which is meant to preserve views of the mountains or downtown. 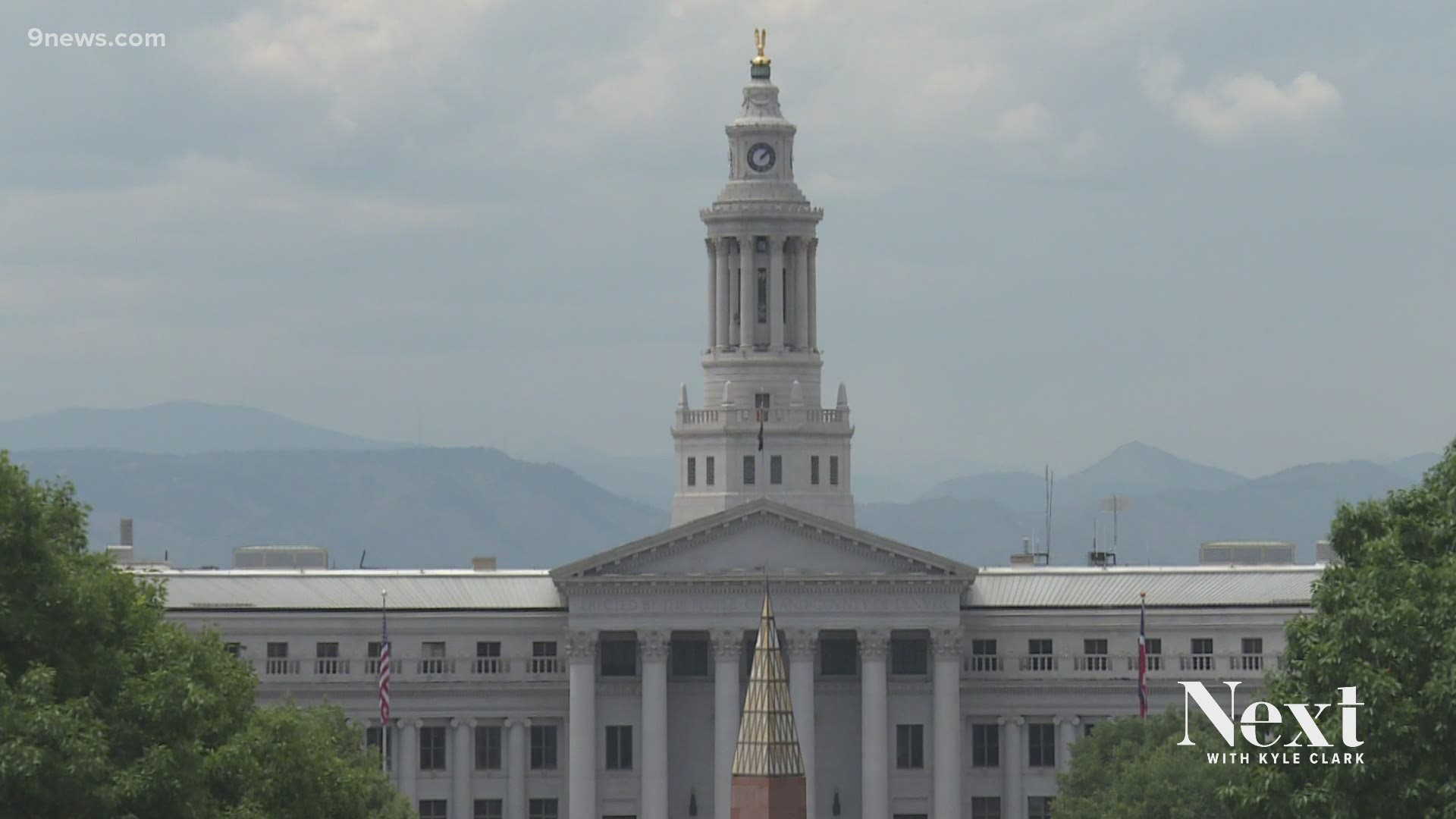 DENVER — Developers do not get everything they want in Denver.

There are 14 view planes in the city of Denver, and developers are restricted in what they can do in a view plane.

"It protects and preserves the views by limited building height within a certain area," said Denver Senior City Planner Sarah Cawrse. "Within there, there's certain building height limitations which [are] different for each view plane."

The view plane does not protect the view from private property, like someone's top floor balcony. The view plane protects a triangular-shaped area from a specific public space.

For instance, there is a view plane with Hirshorn Park in the Highlands. From the baseball diamond, there is an unobstructed view of downtown. The same is true at 51st and Zuni Park.

Credit: Denver
The view plane with Hirshorn Park in the Highlands. From the baseball diamond, there is an unobstructed view of downtown.

The most historic view plane in Denver, however, has no view.

There is a bell on the sidewalk at 14th and Larimer Streets downtown, designating the original Denver City Hall.

Though, the view of the mountains is anything but spectacular.

"Auraria Campus is a state entity, so they're not required to follow local ordinances. Because of that, the campus buildings can be built to go above the building height limitations," said Cawrse. "There are various campus buildings that essentially completely block the intended view from the origin point."

If not for the CU Denver and Metro State University buildings, there was an exception allowed in 1999 for the Broncos new stadium to be slightly higher than the view plane allowed.

Here are the city's 14 view planes:

"The majority of them protect the mountain views, but there are view planes that protect views to downtown Denver or to the Central Business District," said Cawrse.

President Brad Cameron is concerned with zoning changes that the city is considering in the Golden Triangle, which is essentially from Speer and Broadway to downtown. Even though the Golden Triangle is west of Cheesman Park, it is beyond the limits of the view plane.

Golden Triangle currently has a building height limit of 175-200 feet. The city is considering allowing 250 feet tall buildings or 325 feet tall if there is affordable housing or additional fees paid.

Depending on your view, a 250 or 325-foot tall building might interfere with the mountain views from the Cheesman Park view plane. But the construction of the building is not within the view plane, so it would not be bound by it.

"View planes do have an endpoint," said Cawrse. "Beyond that endpoint, there could be buildings that are built taller above what the building height limitations might be before it."

The most intriguing view plane in Denver might be the one that is not publicly accessible every day, even though they are meant to protect the view of public places.

The Coors Field view plane is not at 20th and Blake Streets. It is in section 323.