Visitors are returning to downtown Denver faster than office workers, according to the Downtown Denver Partnership. They know because of cell phone data. 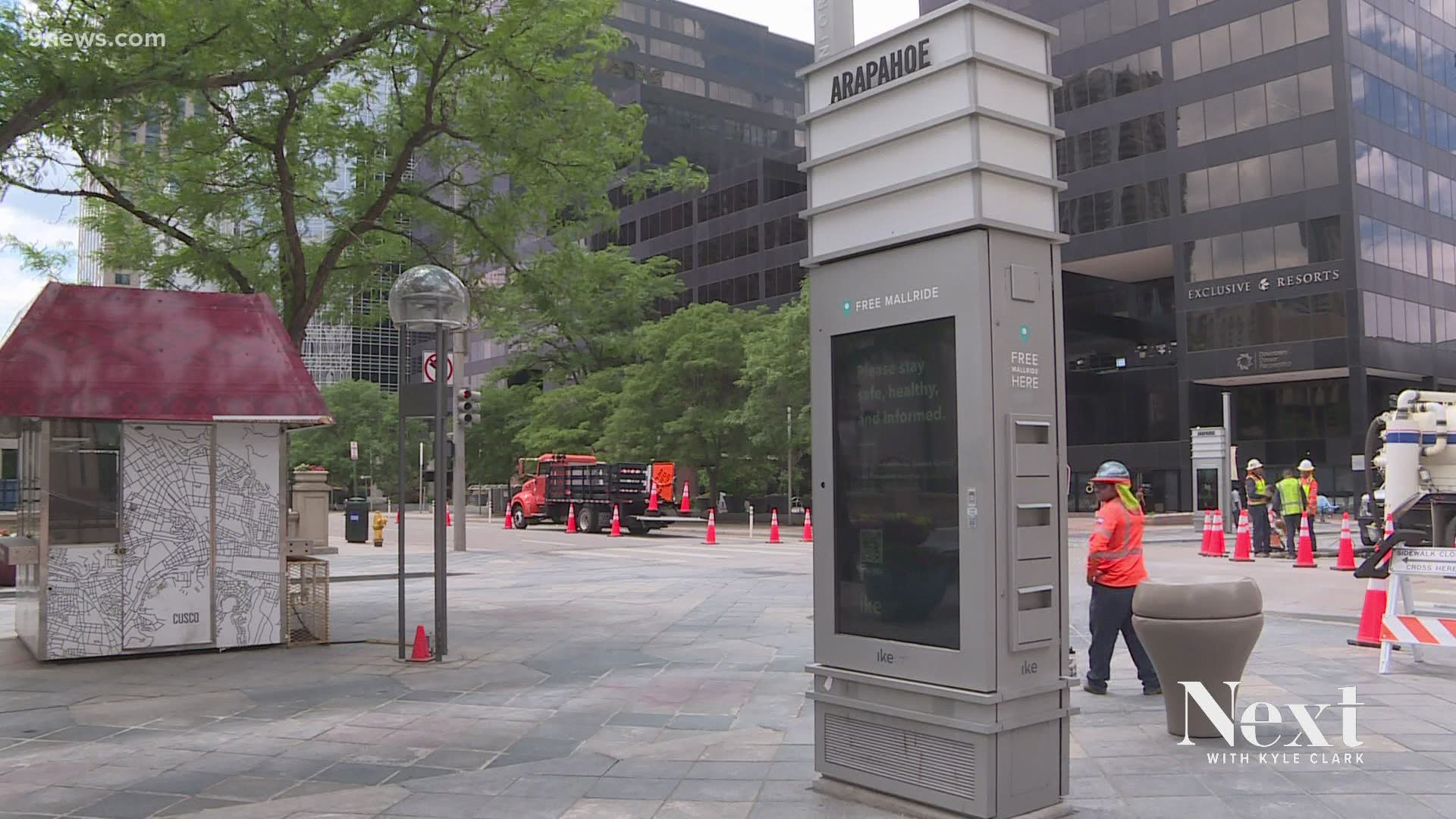 DENVER — When the Colorado Rockies play a home game at Coors Field, downtown Denver feels a bit more like normal.

Data from the Downtown Denver Partnership reveals that visitors to the city are fueling that sense of normalcy, while workers are staying home.

For example, back on April 1, when the Rockies played their first game of the season at Coors Field, the state capped capacity, allowing only 21,000 people inside. But the DDP’s data showed on that same day, 130,000 people visited the city.

That data on visitor counts comes from a company called Placer AI, which, through partnerships with cell phone apps, collects anonymized location data  and creates estimates on how many people are living, working or visiting downtown.

The partnership also uses cell phone pinging technology to track how quickly people are moving along the 16th Street Mall.

“Our interactive kiosks that you see along the mall they’re able to ping anonymously cell phone data that shows where people are coming from how long they’re staying on the mall,” Diehl said.

The kiosks at each corner of the mall serve as beacons for tracking pedestrian traffic, Diehl said, stressing that the data is collected anonymously.

The estimates created by Placer AI through anonymized location data help the partnership have an idea of who is making their way downtown.

“I do just want to put an exclamation point on the fact that it is anonymous, but we are able to see ZIP codes and a variety of demographic information that frankly helps us make a better downtown experience for all those who enjoy it.”

Before the pandemic, the DDP’s data showed an average of more than 250,000 people in the city each day. More than 100,000 of those pedestrians worked in the city, according to the data.

“We have less employees though they are starting to come back slowly, but surely,” Diehl said.

When vaccines became more widely available this spring, the number of daily visitors to the city started to slightly increase, while the number of workers remained flat.

Contact 9News Reporter Steve Staeger with tips on this or any story by e-mailing steve@9news.com