An investigator for the Public Integrity Unit that oversees misconduct with the Denver Sheriff’s Department has been suspended for giving information to the media. 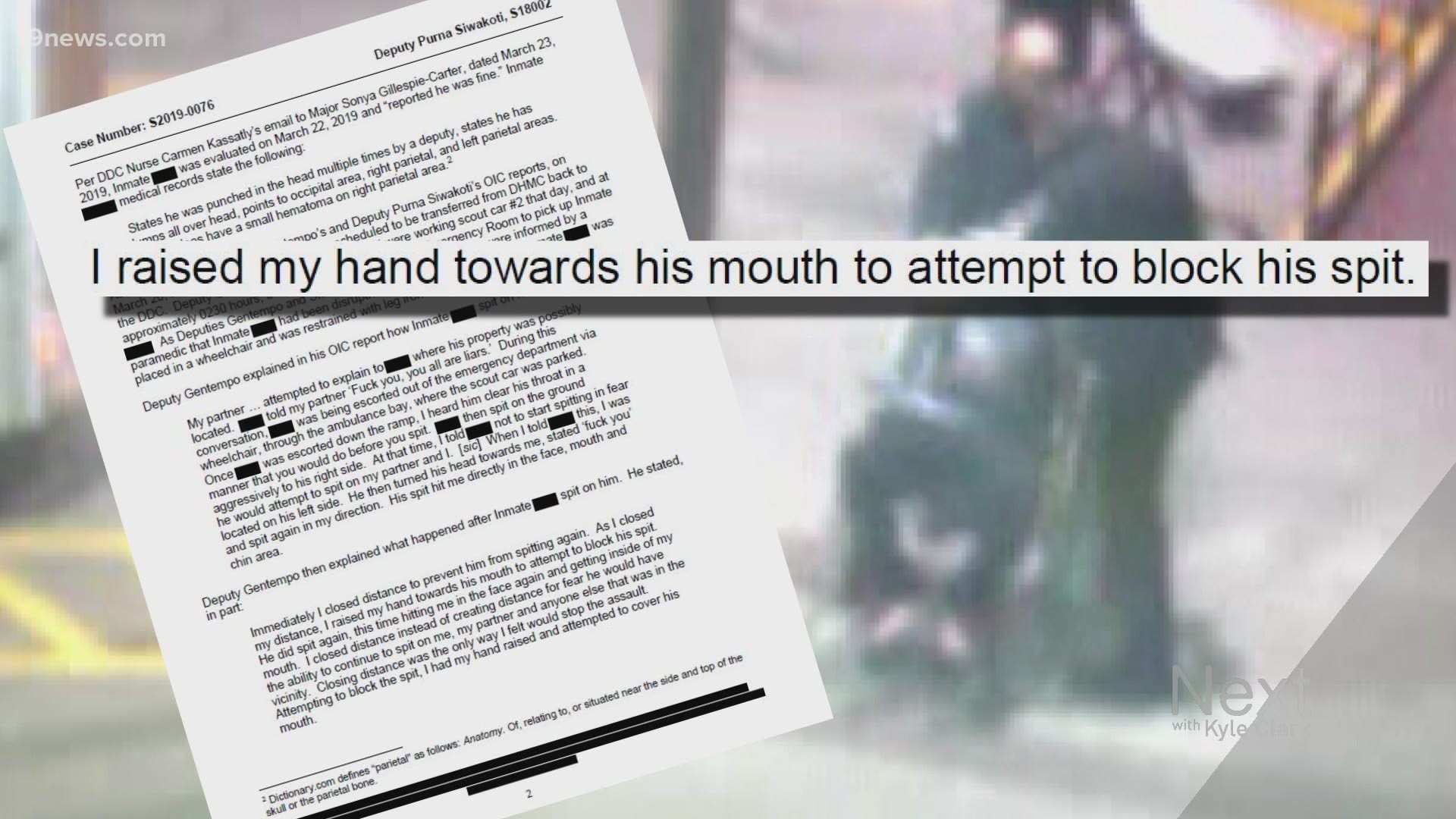 DENVER — In a surprise testimony before Colorado legislators on Wednesday, Brittany Iriart took to a microphone amid the debate over a proposed police reform bill and claimed the discipline process for deputies is broken.

“I’m seeing that more and more officer misconduct is being covered up. All at the expense of the public safety,” Iriart told the House Finance Committee.

Iriart has worked as a citizen investigator within the Public Integrity Unit under Denver’s Department of Public Safety for three years. She investigates misconduct and will pass along her findings, which are then used by the department of safety to administer discipline.

Wednesday’s hearing included public testimony as lawmakers move forward with a bill that aims to reform how police in Colorado interact with the public.

“I’m seeing officers engaged in conduct that warrants discipline, including inappropriate use of force, are being absolved of all wrongdoing. These officers are then returned to their post interacting with the public, having learned they can act with impunity,” Iriart said during her testimony.

The day prior to her testimony, Iriart was notified she was put on suspension for leaking a 2019 misconduct case to a local media outlet which aired a story on June 3.

The misconduct case involved Deputy Jason Gentempo who could be seen on video striking an inmate in a wheelchair who spit on him. Gentempo initially wrote, “I raised my hand towards his mouth to block his spit.”

Gentempo was never disciplined for making false statements and for striking the inmate in the face. He remains on duty.

In a lengthy statement from the Department of Safety, Executive Director Muprhy Robinson wrote, “.....we have a process in place to address matters of concern. Ms. Iriart could have come directly to me or anyone in my office with her concerns, however, I have yet to meet her.”

One of those alleged threats includes statements made to her manager, including “I’m more dangerous as a former employee than a current one,” according to the statement.

Iriart’s attorney sent an email to 9NEWS in response to the Department of Safety:

“What we have learned is that Denver is covering up excessive uses of force, absolving its sheriff’s deputies of any responsibility even when the facts justify termination. Instead of addressing this egregious misconduct, Denver is once again trying to shift blame onto the whistleblower. This response is a page out of the Trump administration’s playbook. What is worse, Denver’s response ignores the serious safety threat to the public while attempting to denigrate the one person willing to stand up and speak out.” --Laura Wolf, attorney

Iriart told 9NEWS over a Zoom interview she is coming forward not because she’s angry about being suspended, but that she wants to get the truth out about what is happening with deputy discipline.

“I’m not going to say that this isn’t scary for me. It’s very scary it is very intimidating. I think it’s the environment that we are currently in as a society that’s pushing me to come forward. I care about my job. I care about my personal integrity and I care about my role my job plays to the community,” Iriart said over a Zoom interview.