Of those killed, three were bicyclists and 20 were pedestrians. The others were on motorcycles or in vehicles. 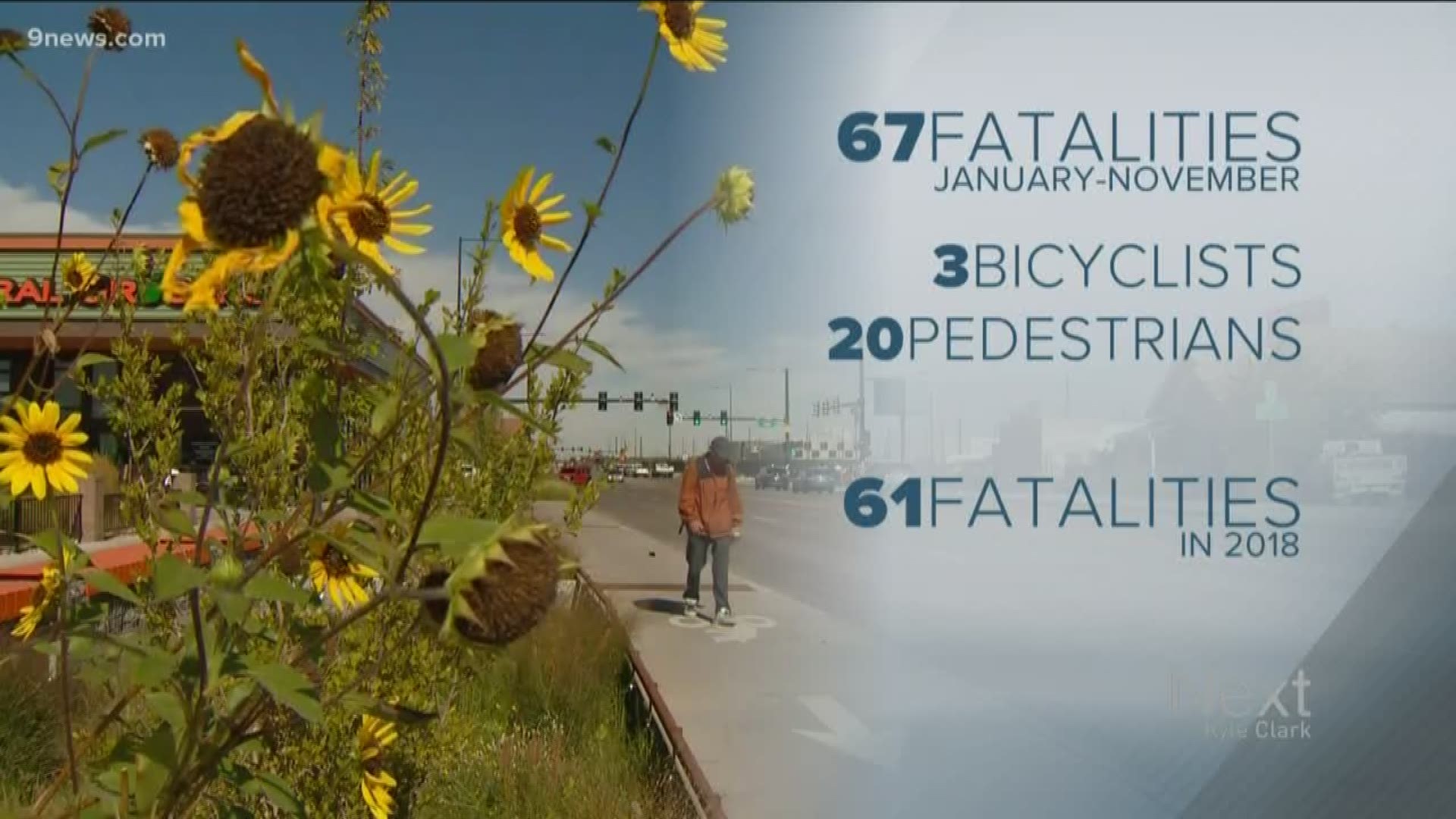 DENVER — More people died on Denver’s streets in 2019 than they did in 2018, and there are still a few weeks to go before year’s end.

There were 67 traffic deaths in Denver between January and November 2019, according to city data. That’s up from 61 last year, which was already the highest number of people killed on the roads in at least a decade.

Of those killed, three of them were bicyclists and 20 of them were pedestrians. The others were on motorcycles or in vehicles.

The number grew even while the city continued to push Vision Zero, a campaign that launched in 2016 with the goal of ending all traffic-related deaths in the city by 2030.

“We can tell you that 2019 was not a good year for [traffic safety], but we are not going to stop,” Denver Mayor Michael Hancock said at a news conference earlier this week. “We are committed to Vision Zero, and we’re committed to continuing to make improvements to boost safety. But we cannot do this from a government point of view and be successful.”

Hancock said drivers, pedestrians, bicyclists all have a role to play in keeping people safe.

This year, Denver has added more protected bike lanes and reduced speed limits in various spots around the city.

Denver Public Works said it did an analysis on the roads with reduced speeds, so it can do a before and after comparison to see if the change helped. They plan to conduct an assessment beginning in the middle of next year.

RELATED: Adjustments made to LED streetlight after neighbor's complaint

RELATED: This Denver road is notoriously dangerous. Here’s what CDOT’s doing about it