Dr. Michelle Barron with UC Health says testing of people without symptoms would help Colorado get closer to its goal and help us learn more about the disease. 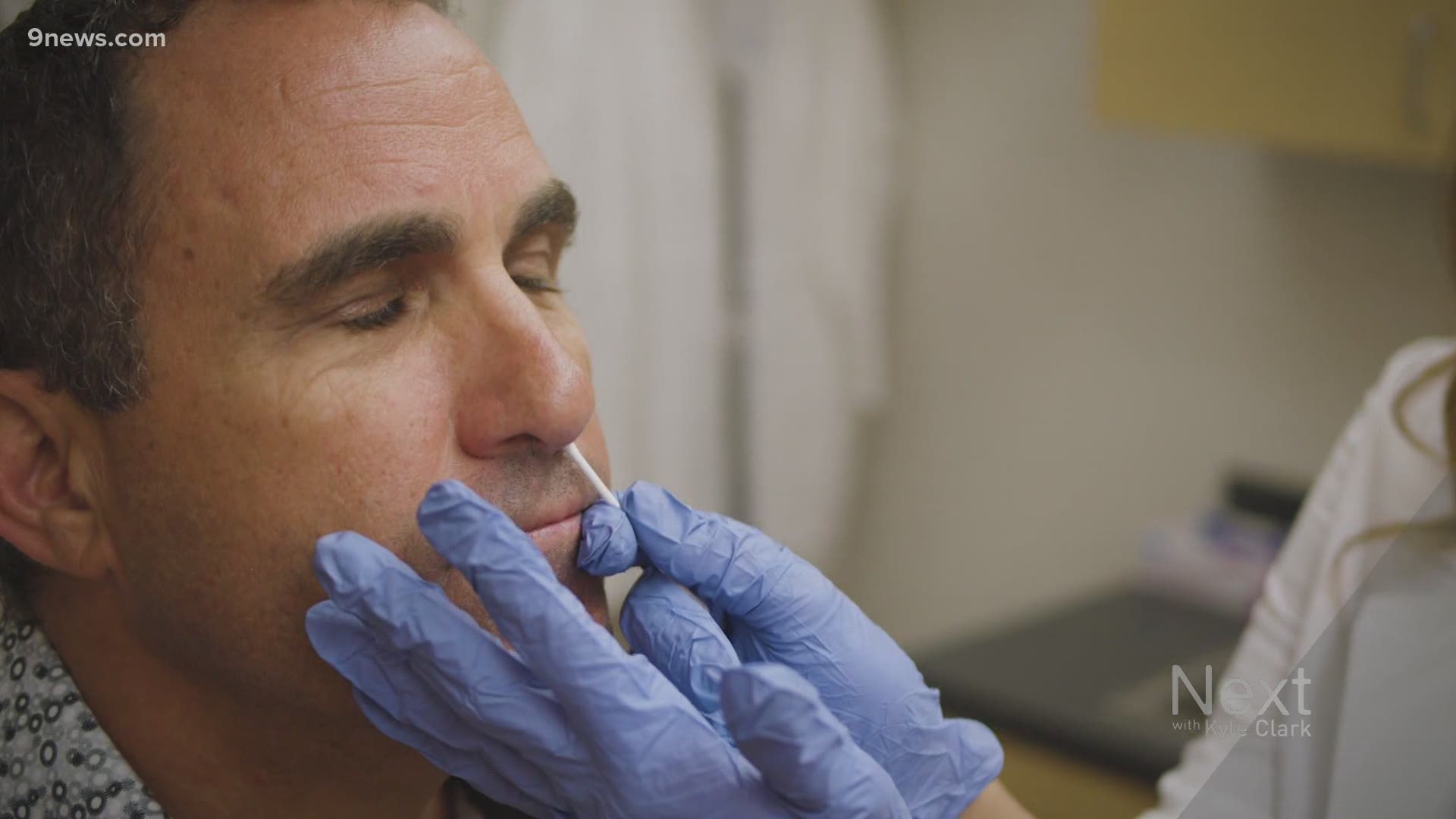 DENVER — Almost one month ago, Gov. Jared Polis (D) told reporters at a regular press briefing that Colorado would have big goals for testing in May: 5,000 tests per day by early in the month and up to 8,500 per day by end of the month.

With a few days remaining in the month of May, the state has only surpassed the early goal of 5,000 a handful of times and has fallen far short of the 8,500 per day goal.

On May 19, Polis announced expanded capacity for testing with sites across the state, including a drive-in site on the grounds of Pepsi Center in downtown Denver. Because of the expanded capacity, the state expanded its criteria, allowing any symptomatic Coloradan who wanted a test to get one.

“For us to be able to know how much disease is out there, we have to be able to test for it,” said Dr. Michelle Barron, an infectious disease specialist with UC Health.

Barron said early issues with testing availability may have pushed many Coloradans not to seek a test.

“For so long they’ve been told ‘we don’t have tests available for you, you have to meet these strict criteria,’” Barron said. “So I think that’s kind of become engrained to a degree in people’s heads.”

She also believes there is a level of fatigue out there surrounding COVID-19, and as much of the state reopens and the weather warms, people will forget about testing.

RELATED: Here are the grocery stores, restaurants and other facilities with COVID-19 outbreaks in Colorado

“If you have mild sore throat or fatigue and you’re like, 'it’s my allergies,' but you really have COVID, that’s important because it has implications for spread to other people and the kind of continuing what we’ve been doing,” Barron said.

“Asymptomatic or pre-symptomatic testing is important to understanding where things are being spread. Because we’re making all of these decisions on masking and social distancing based on things that may not be correct so I think we need data,” Barron said.