Denver International Airport has its own theory about conspiracies. It's a theory that we here at Next cannot confirm or deny. 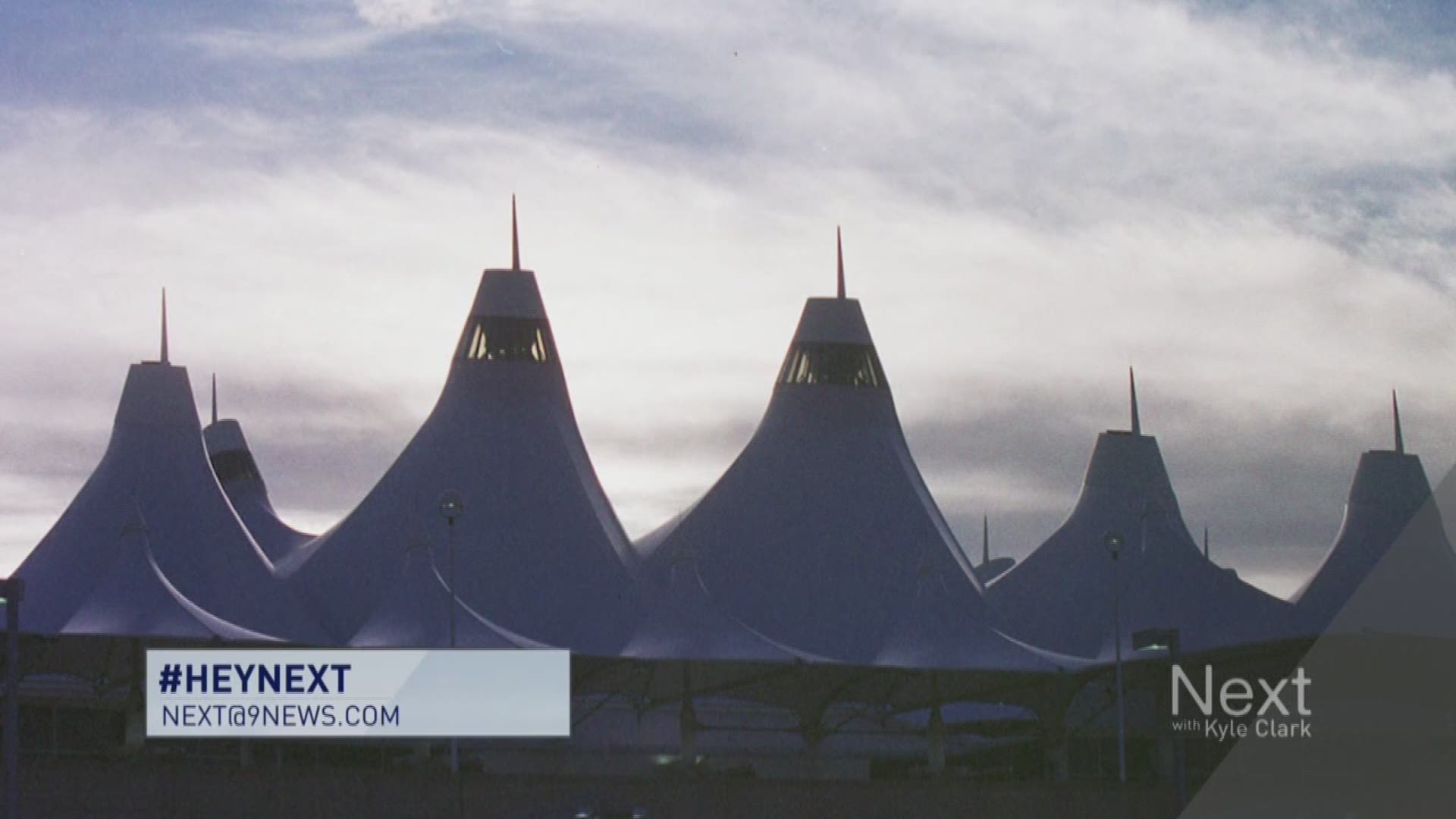 The ones that say something strange is happening at Denver International Airport - maybe even a few somethings. Somethings like the artwork is evil, like the building is an Illuminati headquarters, like the airport sits above a secret bunker.

DIA has its own theory. It's a theory that we here at Next cannot confirm or deny.

The people over the airport believe Kyle Clark is responsible for all of it.

"Kyle has made it abundantly clear that he is among, what we call, 'the believers.' These are people who think there's something sinister happening at the airport. You know what? We've heard it. We're supposedly a headquarters for the Illuminati, there's a secret underground bunker, there are aliens under baggage claim, we're connected to NORAD. Nothing is new, right? So we did a little bit of opposition research here, on Mr. Clark, and really we discovered that the conspiracies all really lead back to him, if you can believe it. People have been following his rants about patio furniture and 'big pumpkin' for years. Really, I think that if anything is a cover-up, that is the cover-up. Kyle is maybe deflecting a little bit. I can't name the people behind the research. That would be proprietary information. It is credible research. It is well thought out research. Much like Kyle, we really dig for the truth, so that's what we're presenting here today." -- official statement from Heath Montgomery, Illuminati spokesperson... yes, that is the official title granted to Heath by Kyle himself... wait... did Kyle shift the blame on purpose?

The airport put a lot of thought behind the hypothesis. Heath and his team even mapped out all of the conspiracies, and the ways Kyle could be connected.

Could it be true, Kyle? DIA began sharing their speculation about Kyle on Thursday. There must be a reason for it???The only other bit of information they'd tell us is that the whole story is coming out in October.9NEWS has done some work on the airport before, but you better believe Next will be following this Kyle story. We'll start by sending our camera to the airport to fact check their claims ourselves on Friday...