DIA is falling behind with maintenance, city audit finds

Denver's audit evaluated assets from terminal trains to escalators and found it has some trouble with maintenance and uncollected fines. 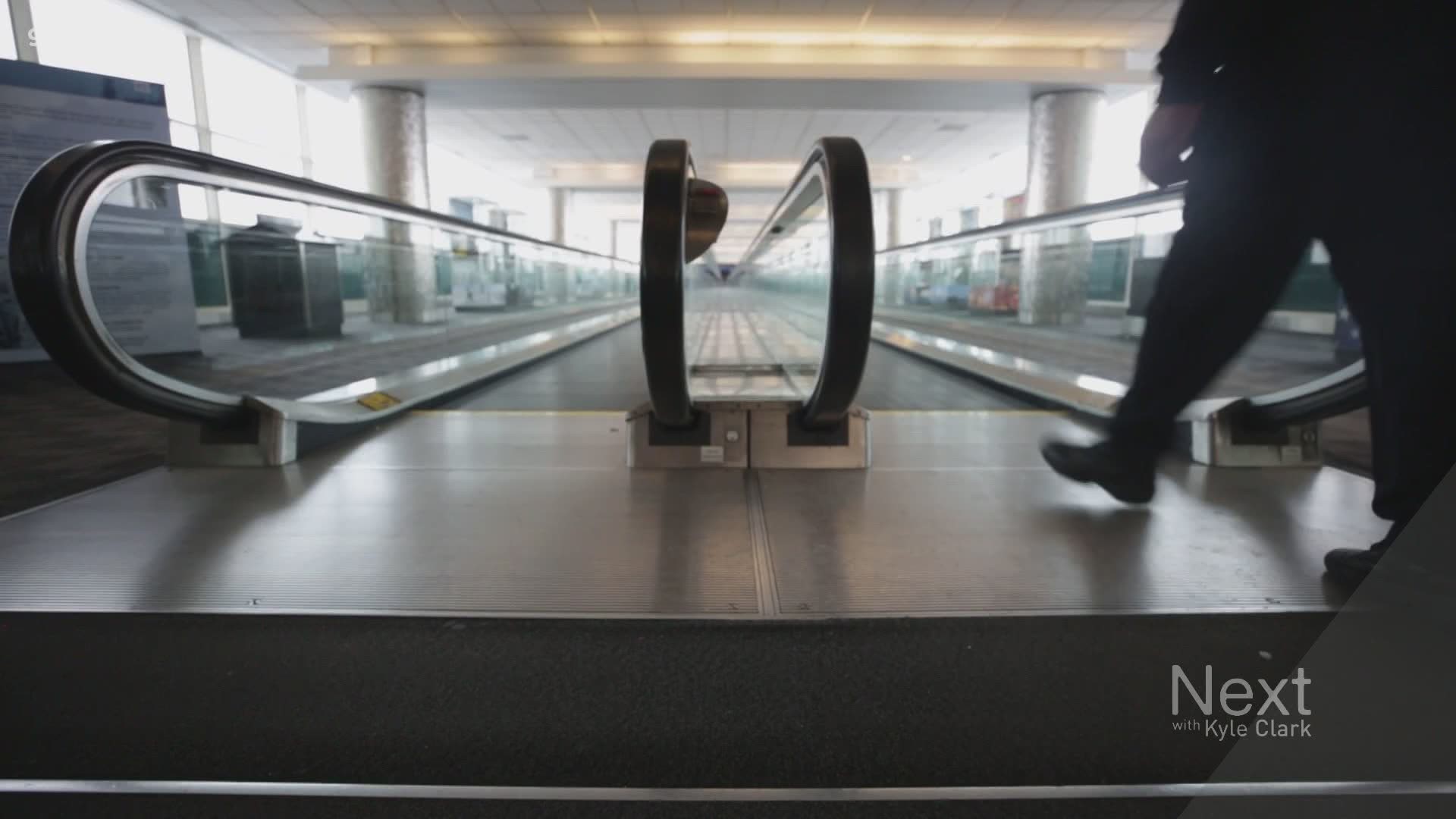 DENVER — An audit of Denver International Airport's (DIA) assets found what you already knew: DIA has some trouble with maintenance.

In February, based on your photos, emails and social media posts, 9NEWS dug into the maintenance records of DIA's escalators, moving walkways and elevators and found they did not meet performance metrics.

The company responsible for the maintenance was not always fined if it did not meet contractual obligations.

A recent Denver audit found that was still the case earlier this year.

"We found a lot of gaps in the maintenance, a lot of backlogs in work orders," said Denver Auditor Tim O'Brien.

The 70-page audit looked at the assets at DIA -- the trains between the terminal and concourses, as well as the escalators, walkways and elevators.

Those conveyances are supposed to be operational 99% of the time.

There are 321 throughout DIA, and 99% operational means one can't be down longer than 7 hours and 45 minutes in a month.

The audit found that even when DIA could have fined the contractor, ThyssenKrupp, it didn't always issue the fine.

"We have what we're allowed to do within a contract, but we also consider ourselves to be partners, so we're not looking to be punitive with our partner," said DIA COO Chris McLaughlin. "Not everything is the contractor's fault. Again, we have a mechanism in place that allows us to hold them accountable, but we also want to be fair with our partner."

The audit states: "Penalties help ensure the contractors’ accountability and responsibility for compliance. Furthermore, penalties not charged equate to lost funds for the airport, which is especially important given the airport has incurred losses due to the COVID-19 pandemic."

The audit found that DIA could have issued $1,200 additional in fines. After a review of the audit, DIA found 12 penalties where the fines could have totaled $12,000. The airport has since recouped that money, and automated the system to track penalties.

"Over the course of this year, we have collected nearly $55,000 in penalties," said McLaughlin. "We appreciate the auditor's work. To be clear, we had made those changes prior to that work. We had recognized some time ago the need to more appropriately enforce penalties."

McLaughlin said that a new contract with ThyssenKrupp was agreed to starting in September. The new deal costs DIA more money.

"It is slightly more expensive than the previous contract, and we think for good reasons. We wanted to get better performance because our customers deserve the best performance that we can give them," said McLaughlin.

"Remember, all these companies are also dealing with COVID. Whether that's the ability to get spare parts, or whether that's on the human side, they're employees that are doing what we're all doing which is trying to stay safe during a pandemic," said McLaughlin.

DIA does not use city funds to operate. The airport gets its money from:

"The people that park their cars, that purchase at the concessions, that buy the airline tickets, are all taxpayers too. They're public dollars. They deserve the same accountability, to have the same integrity around the systems that manage those dollars, as any other dollar," said O'Brien. "I think these problems are always management problems. Whether they created them or they're there to solve them, they become management problems."

Those are the same sources of money that pay for the airport's Great Hall project, which has been pared down because of lack of funding.