Do you have a 'Colorado accent?'

Do Coloradans have an accent? You might not think so, but ask the professionals, and they'll tell you otherwise. 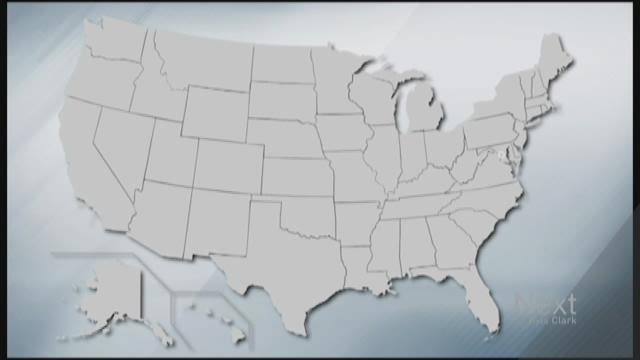 Our Next Question comes from a Colorado transplant with a discernable Midwest accent: Next reporter Steve Staeger.

Test your Colorado accent in the quiz below

Do Coloradans have an accent? We sent out Steve to answer his own question, since it’s his job and all.

"If you ask a linguist, they would say yes, there is a Colorado accent. Everybody in the United States speaks in a unique local way,” said Andrew Cowell, the director of the linguistics department at CU Boulder.

He says if you ask people on the street, they'll probably say there isn’t a Colorado accent, because Coloradans don't have a distinctive sound like that wicked Boston accent, or a classic southern drawl.

"If you look at the U.S. and an accent map, there's kind of bands that move across the country. There's an upper North, a lower North, an upper South and a lower South. And all of those have distinctive features,” Cowell says. “And if you look at these maps linguists have done, the West is a big chunk. The bands just stop."

That, Cowell says, has a lot to do with agriculture.

"Where we are, the settlement was not based on farming. It was based on mining, and then it was based on transportation and things like that. And so all of these people mixed in together in Colorado."

Recently, the way Coloradans speak has been influenced by a new trend: the California vowel shift.

“The first thing that happened in California in about the 1980s was that the word ‘cot,’ like the thing you sleep on, and ‘caught,’ like I got caught by the cops, those words merged,” Cowell says.

So, caught and cot are starting to sound a lot alike, especially for Coloradans younger than 40. Older Coloradans more often make a distinction.

Before you go blaming Colorado for everything, there are localisms.

"One example is the word coyote. (Ki-ote) is a Colorado-Wyoming kind of pronunciation. If you come from the East, you're much more likely to say (ki-o-tee),” Cowell says, adding Californians use (ki-o-tee) too.

The very name of our state can be pronounced differently, too, depending who you ask. Cowell says people who aren't from here tend to say (Color-od-o), with a “rod” like sound in the middle.

"Local Coloradans will say (Color-ad-o) if they were raised here,” Cowell says.

Test your own "accent" below... Click here if the quiz doesn't load

How do you pronounce 'Uncompahgre?'

How do you pronounce 'Buena Vista?'

How do you pronounce 'Ouray?'

How do you pronounce 'Del Norte?'

How do you pronounce 'Zuni?'

How do you pronounce 'Saguache?'

How do you pronounce 'Huerfano' County?

How do you pronounce ‘Pueblo’?