Dog robs Pizza Squirrel in Longmont of his pepperoni prize

Squirrels have been eating pizza across the metro area for years. The latest sighting was this month, in Longmont. 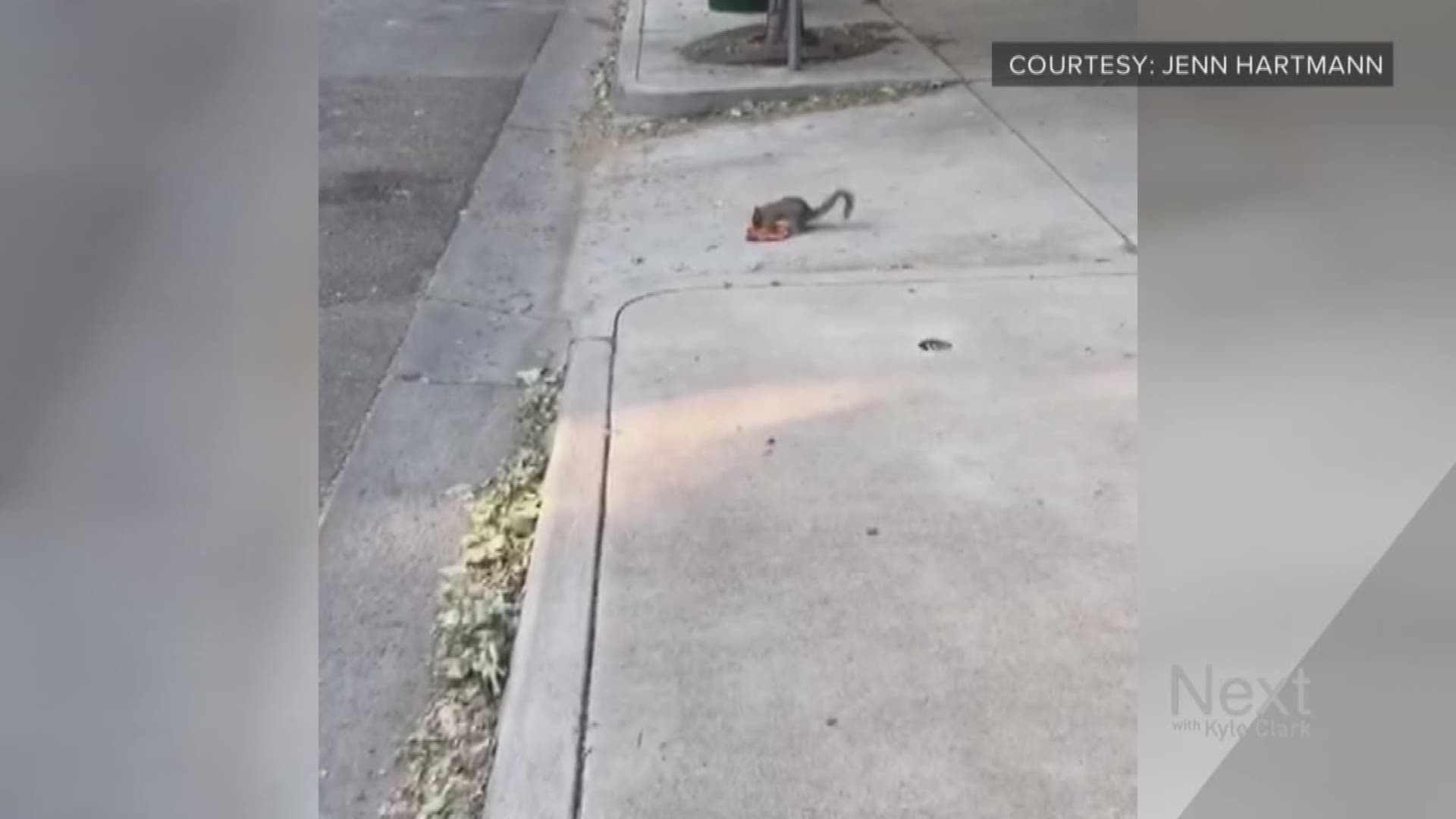 They come in all different shapes, sizes and colors. They put on a little weight in the winter. And, they know that even day-old pizza is better than no pizza at all.

Jenn Lien was up early Friday, minding her own business, getting some coffee in the Prospect New Town area of Longmont, when she spotted a squirrel on the sidewalk.

Lien quickly noticed the squirrel, which we will henceforth refer to as Pizza Squirrel, was dragging a slice of pizza as big as itself. She posted a video of the whole thing to Facebook.

Pizza Squirrel can be seen nibbling on what seems to be a piece of pepperoni pie. After a couple of bites, Pizza Squirrel picks up the slice with its mouth and decides to drag the pizza down the sidewalk.

Lien says a dog came up just after she finished filming and barked at Pizza Squirrel, who went running up the tree. Pizza Dog snagged the food for himself. The owner tried to grab the slice out of the dog's mouth, according to Lien, but his efforts were futile.

"It was a tragedy," Lien recounted to Next. "Pizza Dog did not eat the pizza elegantly -- small pieces went flying left and right -- so it's very possible Pizza Squirrel still got a small meal."

Lien tells us she encountered Pizza Squirrel across the street from 2020 Food + Wine Bar, which does serve pizza. Yelp reviewers have given this place 4.5 stars out of 5, so we can surmise that both Pizza Squirrel and Pizza Dog enjoyed what they ate.

Squirrels have been seen eating pizza across the metro area for years.

We went two years without hearing about any Pizza Squirrel at all, but reports surfaced that one appeared at a Glendale apartment complex last year.

Next has not been able to confirm if this latest Pizza Squirrel is one of the aforementioned Pizza Squirrels. We will update as we learn more.