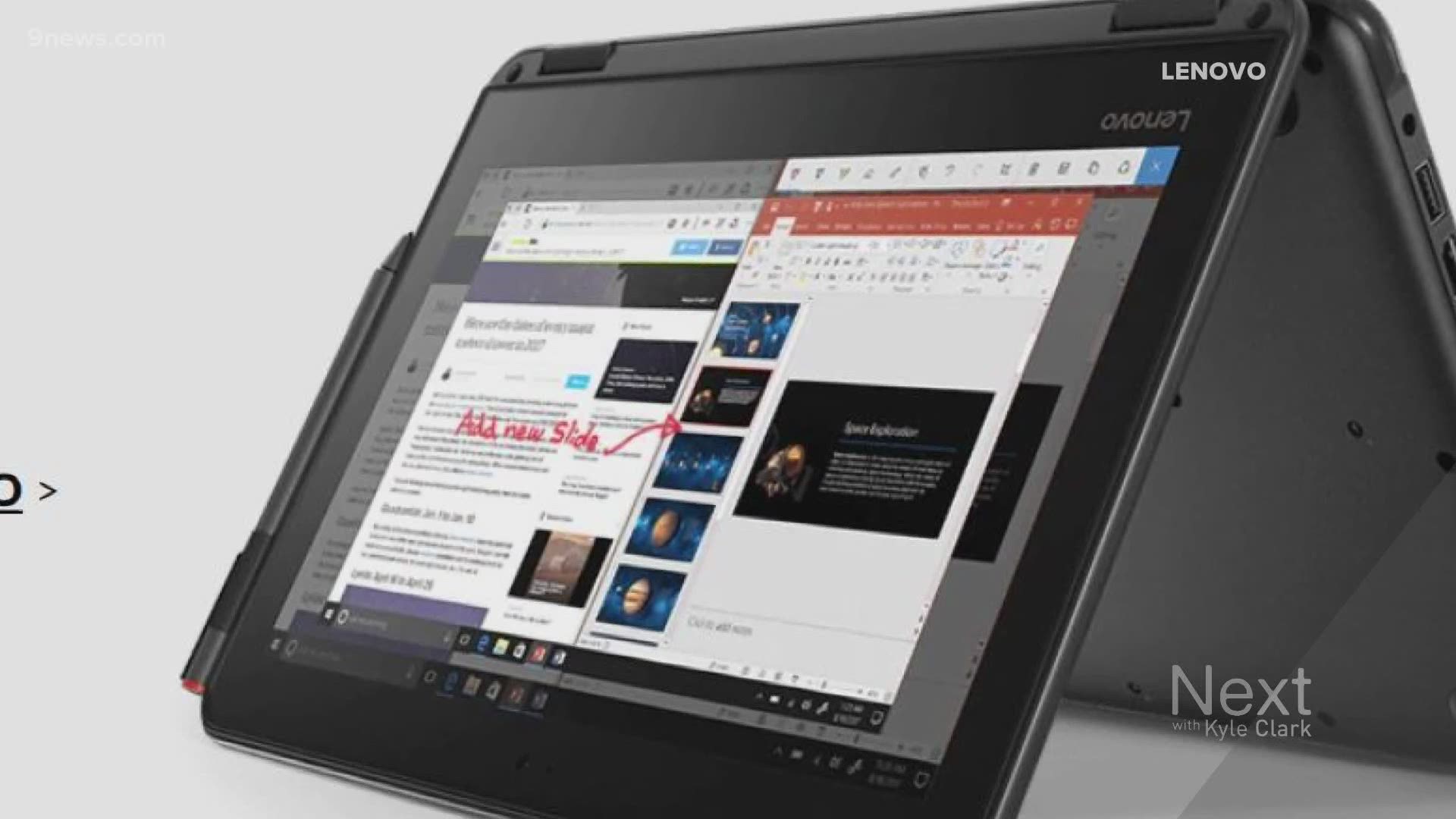 DENVER — Near the end of July, Lara Hussain began to wonder where the thousands of laptops she had ordered for Denver Public Schools (DPS) students in April were.

“We heard in late July, right around the time those devices were supposed to start coming in…that we would not have access to those devices,” Hussain, the director of DPS’ My Tech division, tasked with ensuring all students had school-issued devices for remote learning In late August.

DPS ordered 12,500 Lenovo 300e tablets. A representative from Lenovo informed Hussain that international sanctions were holding up the district’s order.

As first reported by the Associated Press this past weekend, in July, the Trump administration ordered sanctions on several Chinese companies on allegations those companies used forced labor. One of those companies provided parts for the tablets ordered by DPS.

“It was possible those devices, up to 100,000 or even more than that were being held up in Customs,” Hussain said.

She said as DPS started to make a plan to address the shortage, Hussain’s team started to notify other districts within the state of Colorado and eventually around the country.

“So we could come together and try to figure this out together,” she said.

One of those districts was East Grand Schools in Granby, where IT director Kery Harrelson had also placed an order for about 350 of the same computers from Lenovo. When he got the e-mail from Denver, he decided to check on his order.

“I immediately called my vendor and he assured me something of the sort,” Harrelson said.

East Grand Schools was in a much different position than Denver was though. Harrelson said all of the students in the much smaller district already have computers. The order was meant to replace a model that was nearing the end of its usable life.

Harrelson and his team were able to scrounge up enough computers to fill their district needs while the district waits for Lenovo to rebuild the models he ordered with acceptable parts. Harrelson said his supplier told him the computers would likely ship in October.

East Grand Schools are also starting with in-person learning first, so the only real demand for online learning would be for students who choose to continue remote learning.

Denver has begun its school year remotely, and thus needed those computers as quickly as possible.

“It literally was a scramble in the last few days to make sure that every student had access to a device,” Hussain said.

She said her team of IT experts has been searching schools for unused computers that might need repair and getting them ready for the school year.

They’ve also asked families who have personal devices a student may be able to use for online learning to voluntarily give up their district-issued computers to give to students who may not have another option.

Hussain said hundreds of families returned their computers to the district.

But DPS didn’t have the luxury of waiting for Lenovo to reproduce the computers with parts from non-sanctioned companies, Hussain said. So the district had to alter its order, opting for more expensive computers that could be delivered in time. All total, it cost the district an extra $113,000 to purchase those different models.