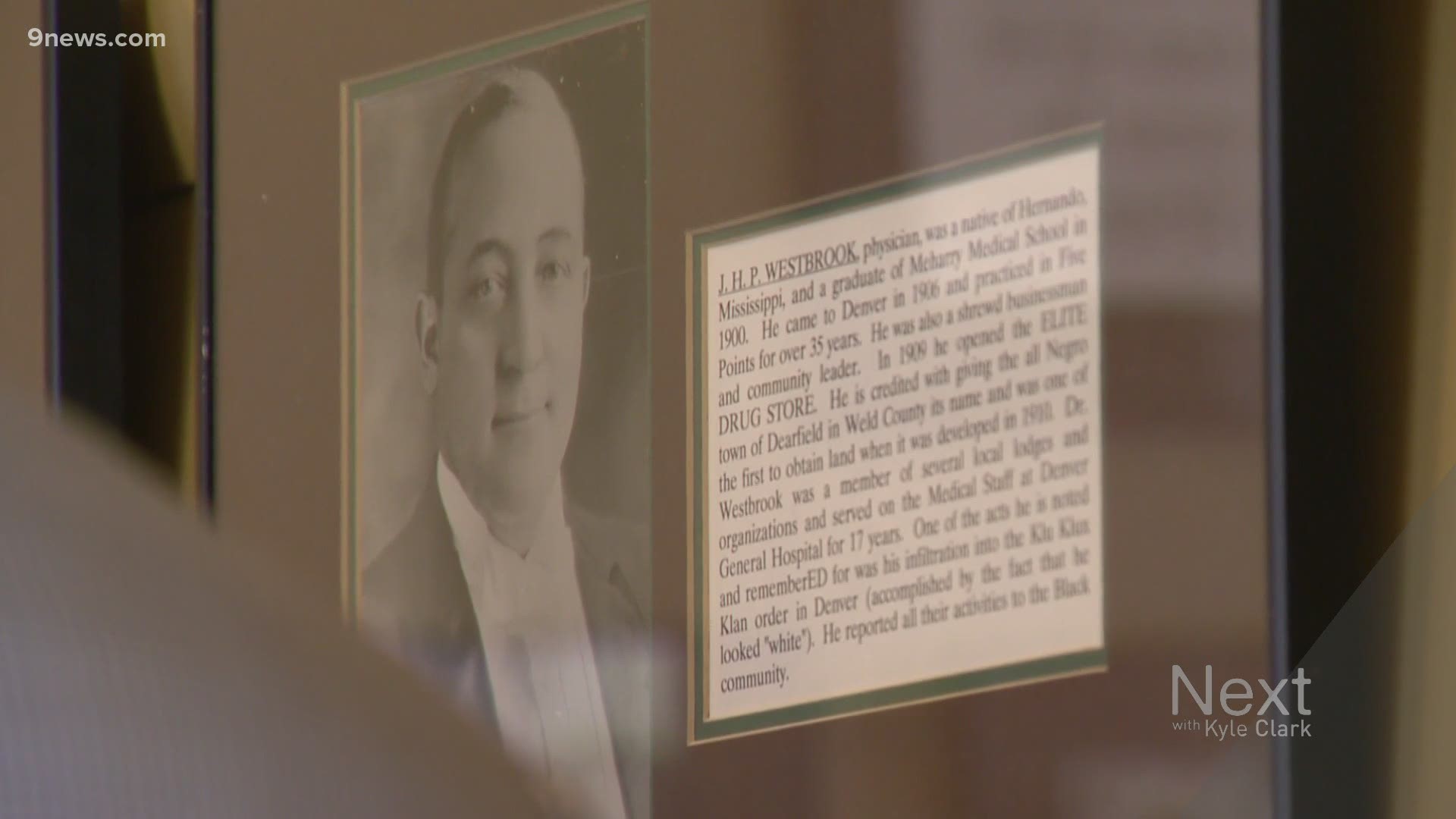 DENVER — Dr. Joseph H.P. Westbrook was a light-skinned Black physician who moved to Five Points in 1907 to practice medicine.  A few years later, he infiltrated the Ku Klux Klan to help keep his community safe.

“He (was) very, very fair-skinned, so he was able to infiltrate the organization without them realizing that he was a Black man,” said Terri Gentry of the Black American West Museum.

Her great-grandfather was Dr. Thomas Ernest McClain, the first licensed Black dentist in Colorado, who was best friends with Westbrook.

Gentry said Westbrook infiltrated the KKK in the early 1920s.

“The KKK just exploded during the 1920s, there was a membership exceeding 50,000 in Colorado,” Gentry said.“They were in our state legislature, our mayor’s office, our governor’s office, and it created a lot of heartache for African Americans, for Latinos, Jewish, Catholic folks.”

Westbrook was so light-skinned, he would go unnoticed among members of the hate group. His goal was to notify Black Coloradans about the group’s plans.

“The object was to protect the community from things that were happening and from plans to continue extreme oppression, to continue to disenfranchise us and to make sure that we were safe,” Gentry said.  “If there was some special thing going on to impact our community, they could notify our community to be careful and be wary.”

Gentry said her great-grandfather was one of the few people who knew what Westbrook was doing.

She said Westbrook continued to infiltrate the group for about eight years and was never discovered, but passed away early at the age of 68 because it impacted his health.

“It took a lot of energy, and it took a toll on him, and there was a lot of fear in that endeavor too,” Gentry said. “My grandmother said he had to keep a shotgun in his home and in his office just in case.”

It was a mission that Westbrook and Gentry’s great-grandfather felt was their responsibility to help pave a way for Black Coloradans 100 years later.

“I think they would continue to be hopeful, but they can still see the pain of their own suffering and we continue to experience the pain,” Gentry said.