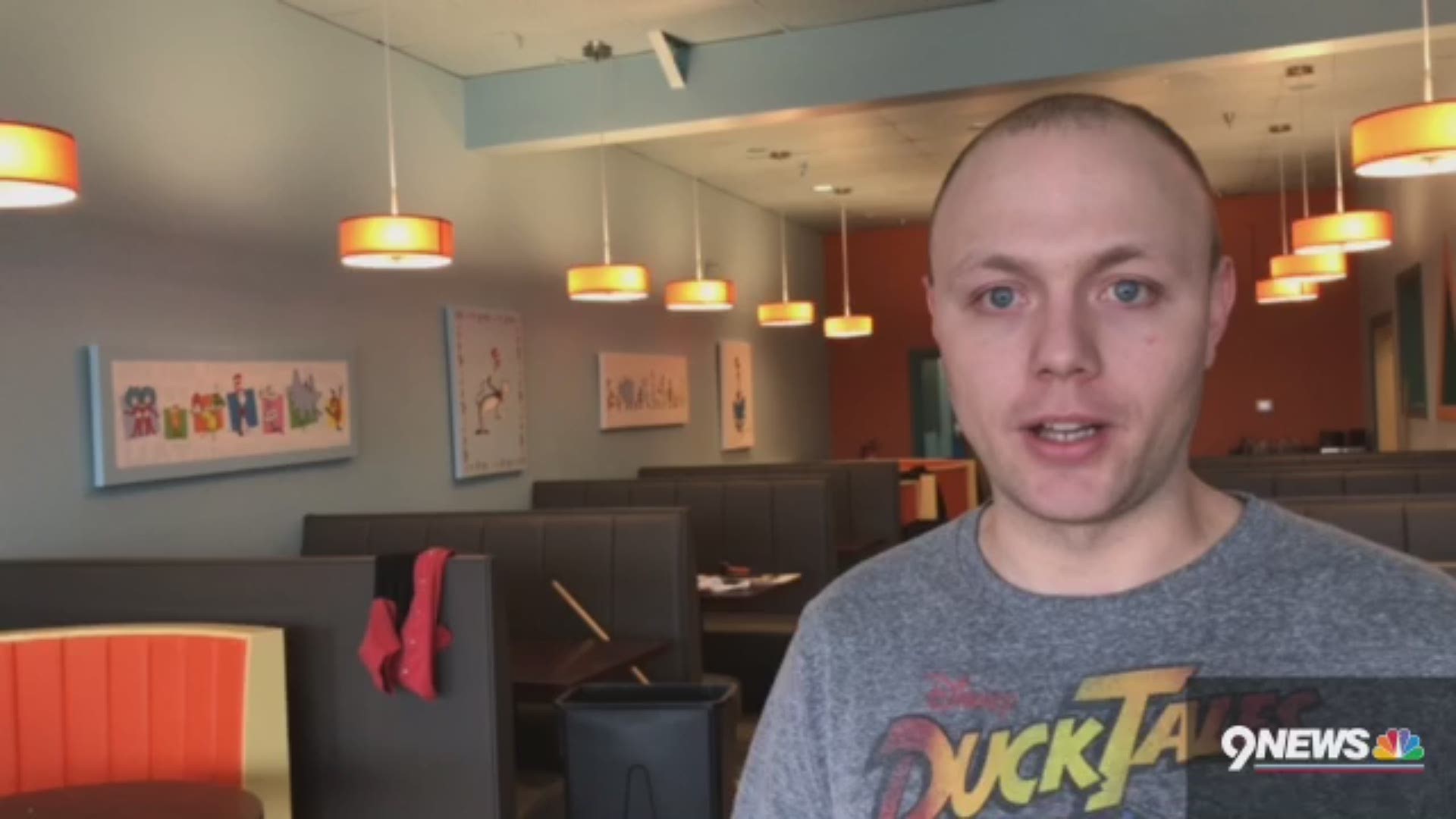 Sometimes you come up with a good idea, other times, it falls into your lap and you just have to roll with it.
A Fort Collins man opening up a new Dr. Seuss-themed breakfast bar can speak to that.

Ron Leonhard knew he wanted to open a breakfast spot in Fort Collins after seeing the success of other popular places like Lucile's and Snooze.

"Here I was two years ago with a choice and I started looking around and I saw that these breakfast places were just kickin' it, you know," said Leonhard.

He and his co-founder, Chris Smith, came up with Sammy's Breakfast Bar.

They didn't really know Dr. Seuss was going to be involved until they were shopping for pictures to decorate the walls.

"I had no idea that Dr. Seuss was going to be involved, but I needed a big painting. I don't like little pieces hanging on the wall and stuff you know everywhere so I'm a minimalist in that sense. I went online and found these canvasses that you could buy, Dr. Seuss canvasses, so we bought a few of them and then we hung them on the wall and it just looked great and so that was how that got started," he said.

The Dr. Seuss canvasses fit right in with their grey, orange and blue color scheme and even the restaurant's name.

"My partner had already named it's Sammy's Breakfast Bar so the whole idea of Sam I am came into play, Green Eggs and Ham came into play," Leonhard said. "But it was all rather accidental, but sometimes when you get on the right path, you know an artist doesn't really know what's going to happen until the very end."

Sammy's Breakfast Bar is located near Harmony and College, where the old South China Restaurant used to be.

The restaurant was scheduled to open Wednesday, December 14, but was still making final touches when we stopped by to check it out.

Smith says it could be two more weeks before the restaurant opens.