El Chapultepec closes its doors after 87 years in business

The legendary jazz club in Denver's LoDo neighborhood opened the day after Prohibition ended in 1933. 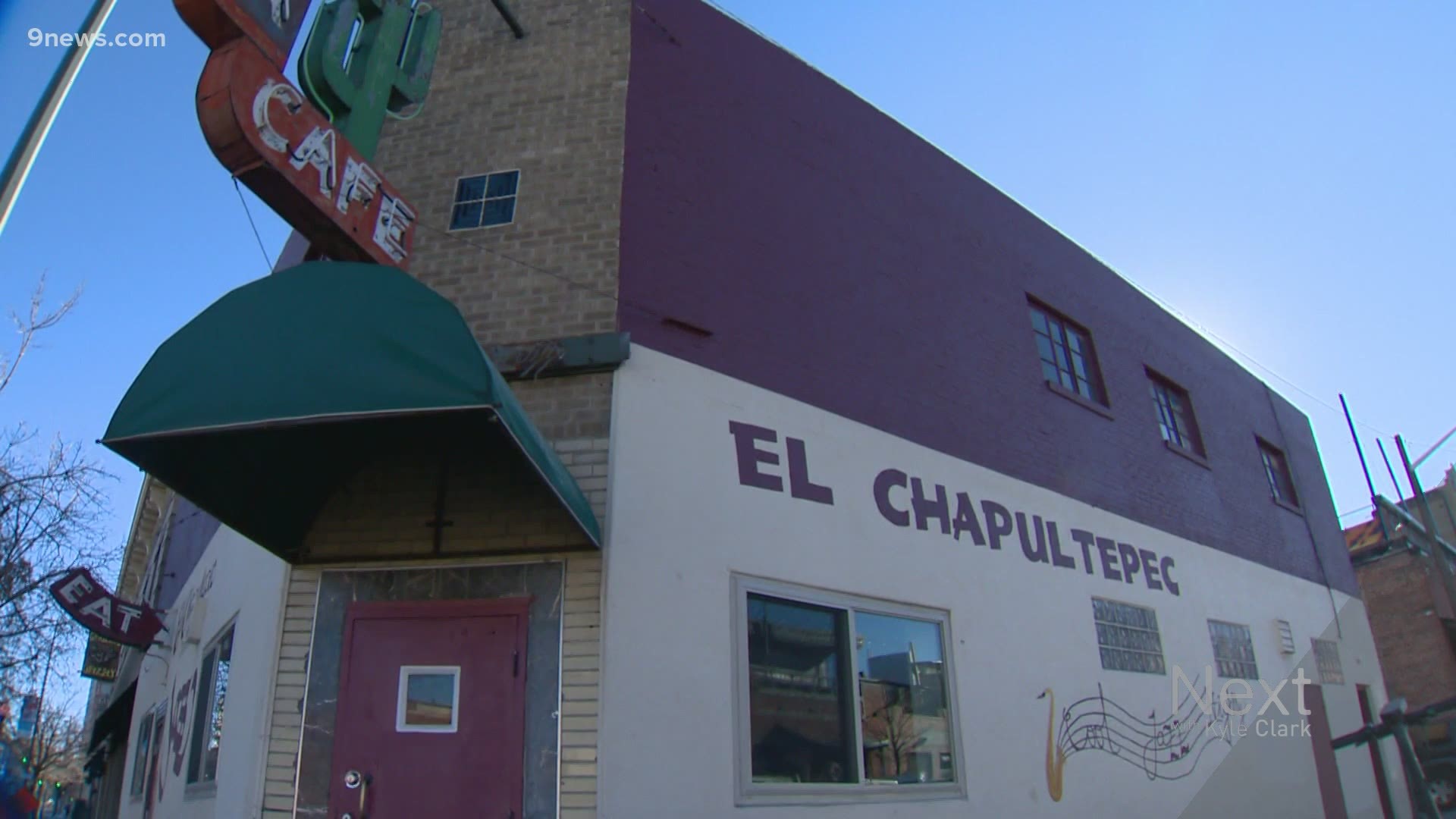 DENVER — After 87 years, the El Chapultepec jazz club in lower downtown Denver is closing its doors, in part due to the global pandemic, according to the Krantz family who owns the business.

The legendary jazz venue that sits on the corner of 20th and Market streets was started the day after Prohibition ended in 1933.

“Their influence on the Denver music scene is essentially what has created such an inviting place for musicians to come up,” said full-time vocalist Jessica Jones. “For icons in the jazz scene, El Chapultepec was a stop on the map for people going back almost 90 years.”

Jones had been singing at El Chapultepec for 13 years and had a residency there with the Tony Black Summit every Sunday night.

“I love that that building hasn’t been fully gentrified and renovated and you could still walk in there and feel like you’re walking into the 1950s,” she said.

El Chapultepec jazz club, also known as “The Pec,” has lived in the heart of lower downtown and has been a familiar stop off for musicians from around the world.

“I know Dinah Washington and so many countless famous jazz musicians played there,” said Jones. "I know Jack Kerouac hung out there and wrote about it in ‘On the Road Again.’”

According to Jones, “The Pec” was rumored to be part of the underground casino and speakeasy culture in the 1930s.

“There are still tunnels connecting El Chapultepec and Ophelia’s and some of the other venues and locations around there because that’s how old it was; it was a speakeasy,” she said.

Jones said she and others hope they can continue to foster the jazz scene in Denver as a tribute to a place that felt like home.

“After seven years of residency, there felt like my living room and getting to see all those same people every week was so special,” Jones said. “El Chapultepec was the same place for almost 90 years, so the world is losing this club, not just Denver.”

El Chapultepec's owners and a handful of musicians who played at "The Pec" over the years gathered outside the building on Tuesday to remember a place known for keeping jazz alive in the city.

"Thank you for all your support through all these years, coming, listening and enjoying the music and supporting all of us," co-owner Angela Guerro said. "It was greatly appreciated."

Guerro and her sister Anna Diaz are daughter's of Jerry Krantz, who operated the club for decades. They said the city has outgrown the club over the last 20 years, and it's time to end this chapter.

"The Pec is a living, breathing part of Denver and especially apart of our family and it's very intimate to us. We're just ready to close that chapter and keep it with us ultimately," Diaz said.

“Krantz family sends our love to all who this decision affects, we did not take it lightly. The Pec is a living, breathing, member of both our family and the Denver community. The decision was multifactorial and though we know it’s the right thing to do. We morn with you."