Getting emergency alerts to Colorado cell phones is an imperfect system

The tornado in Weld County is another reminder that emergency alerts don't always happen as intended in Colorado. Here's a look at the system. 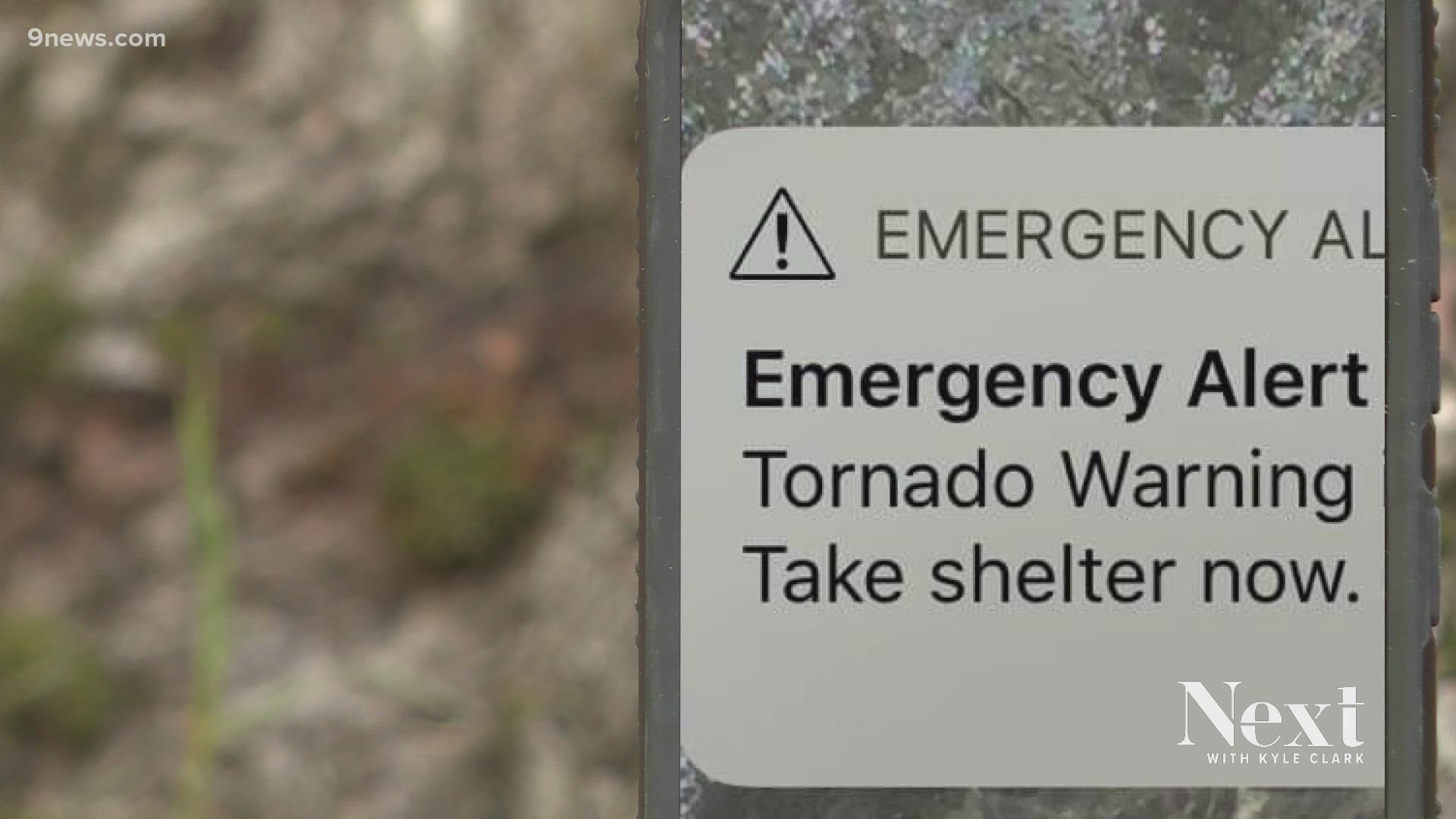 DENVER — Cell phones seem to do it all, yet very little has to do with actually talking on your phone.

Want to take a picture to put in an art gallery? Snap it with your phone. Need a watch? Look at your phone. Tornado warning? Your phone will let you know -- or will it?

"The phone went off and it was an alert. So, it was either going to be an AMBER Alert or a weather alert," said Fort Collins resident Kevin Black.

Kevin and his wife, Kristi, were together when his phone alerted him to Monday's landspout tornado in Weld County, but not her phone.

"I'm not that concerned because he and I are always together, but for others that may not have gotten that alert, that could be a huge concern," said Kristi Black.

"It was a weather alert, and it said, 'tornado warning, if you have a basement, go into your basement immediately.' Of course, both of us are retired Marines, so the first thing I did was go outside and check it out, cause I'm like OK, what's going on," said Kevin Black.

"We can't control what people decide, but we got to hope that if they go outside and the tornado is sufficiently far away or if it looks close enough, that they do get into their shelters as quickly as possible," said Paul Schlatter, a meteorologist with the National Weather Service (NWS) in Boulder.

The NWS issued the wireless emergency alert (WEA) by using a system provided by FEMA.

"We are literally just drawing a polygon, using the software that issues the warning, exactly where we think the main tornado threat is and then we draw the box in the path of where the tornado is expected to go," said Schlatter. "It will ping every cell tower within that box."

Over the years, we have heard from cell phone users who do not get an alert, even if their notification settings have the emergency alert turned on.

The Blacks probably should not have received it since they were behind the storm in Fort Collins.

Perhaps, Kevin's phone was somehow pinging off a tower in the warning area.

"The funny thing is we're always in competition about who has the better phone because he's the diehard Android owner, and I'm a diehard iPhone owner," said Kristi Black.

"So, did any of you guys' get the alert? They said, 'nope.' Oh, and all of you have iPhones, I have Samsung," said Kevin Black.

Next with Kyle Clark reached out to spokespersons for AT&T, Verizon and T-Mobile. T-Mobile confirmed two alerts were issued, but none of the carriers could say how many customers received the alert. A FEMA spokesperson suggested contacting the county or state emergency management teams. The Weld County Office of Emergency Management and the State's Office of Emergency Management had nothing to do with the alert.