This money will not be spent if the field hospital never opens up, according to one Denver city councilman. 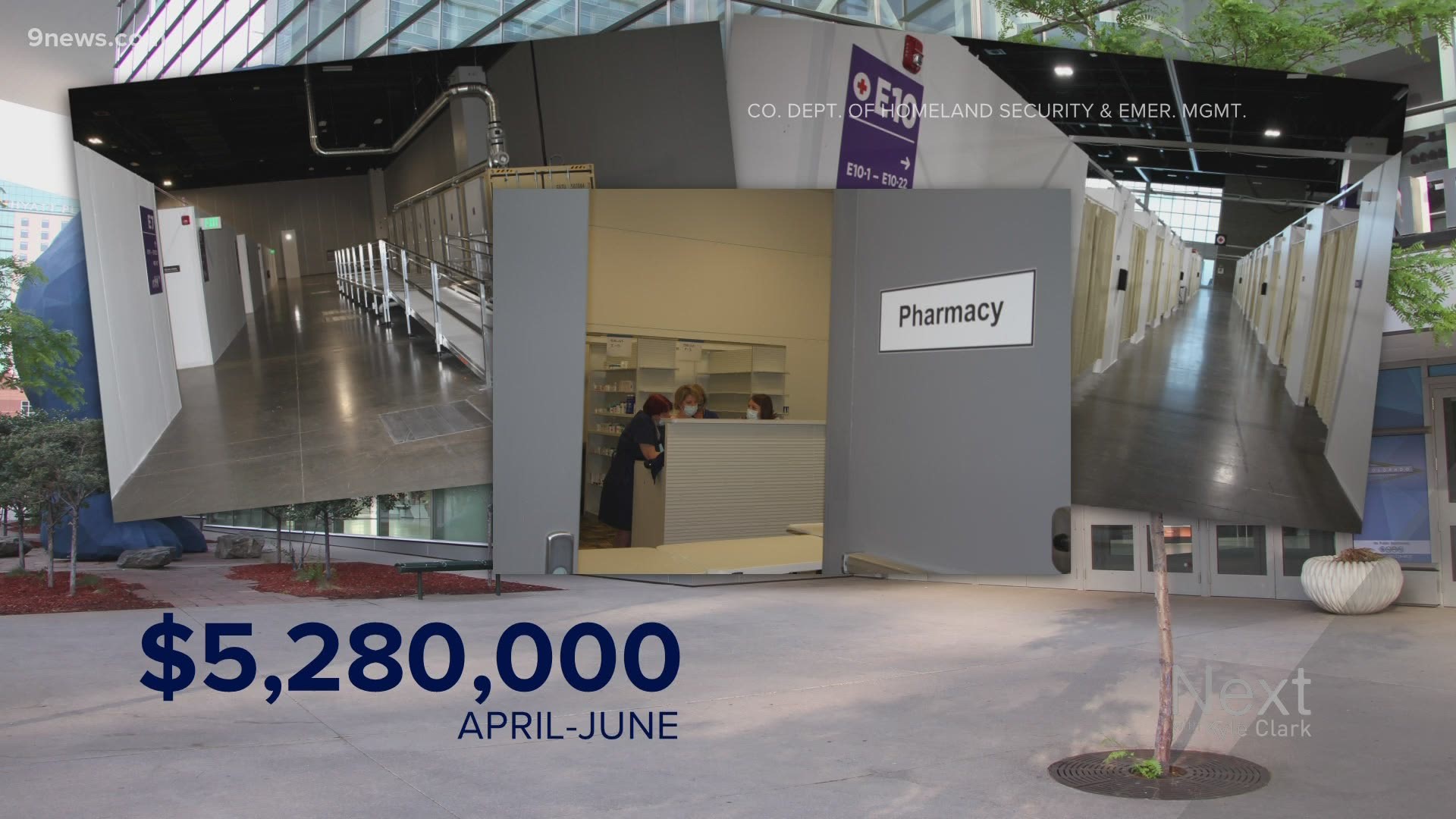 This happened during a meeting on Wednesday, and if approved, will mean Denver has spent $1.4 million to cover costs at the hospital through September.

The state will ultimately pay the city back since it is the agency that leased the building in the first place. And the federal government will pay the state 75% of what is spent on the field hospital.

Denver City Councilman Kevin Flynn said if the new money for the field hospital is approved, it will only be spent if it starts seeing patients. Essentially, it’s there just in case there’s a surge of COVID-19 cases requiring the Colorado Convention Center to become an operational hospital.

Some state modeling shows a surge in cases around Sept. 23. A three-day test run of the field hospital revealed that it didn't plan enough for laundry or food.

The lease alone to utilize the 250-bed space at the Colorado Convention Center costs $60,000 per day, according to Micki Trost, the spokesperson for the Colorado Division of Homeland Security and Emergency Management.

RELATED: Millions spent on Colorado field hospitals that might never see a patient

The state is holding onto the field hospital in case of a second wave of the novel coronavirus in late summer or fall. The lease runs through the end of the year, meaning that in leasing cost alone, the Convention Center hospital will cost $12 million.

The federal government footed the $34.6 million bill to begin construction on the Colorado Convention Center facility in early April. At the time, it was assumed this could hold as many as 2,000 beds – a number that was greatly scaled back to 250.

The Ranch in Loveland was also supposed to serve patients that couldn’t find a bed in overwhelmed hospitals, but that also never materialized.

The field hospitals weren’t meant to treat seriously ill patients who needed ventilators. Instead, they were meant to essentially be a step next for patients who had recovered enough to leave intensive care.