Environmental groups are suing state regulators for not being strict enough with oil and gas permits. 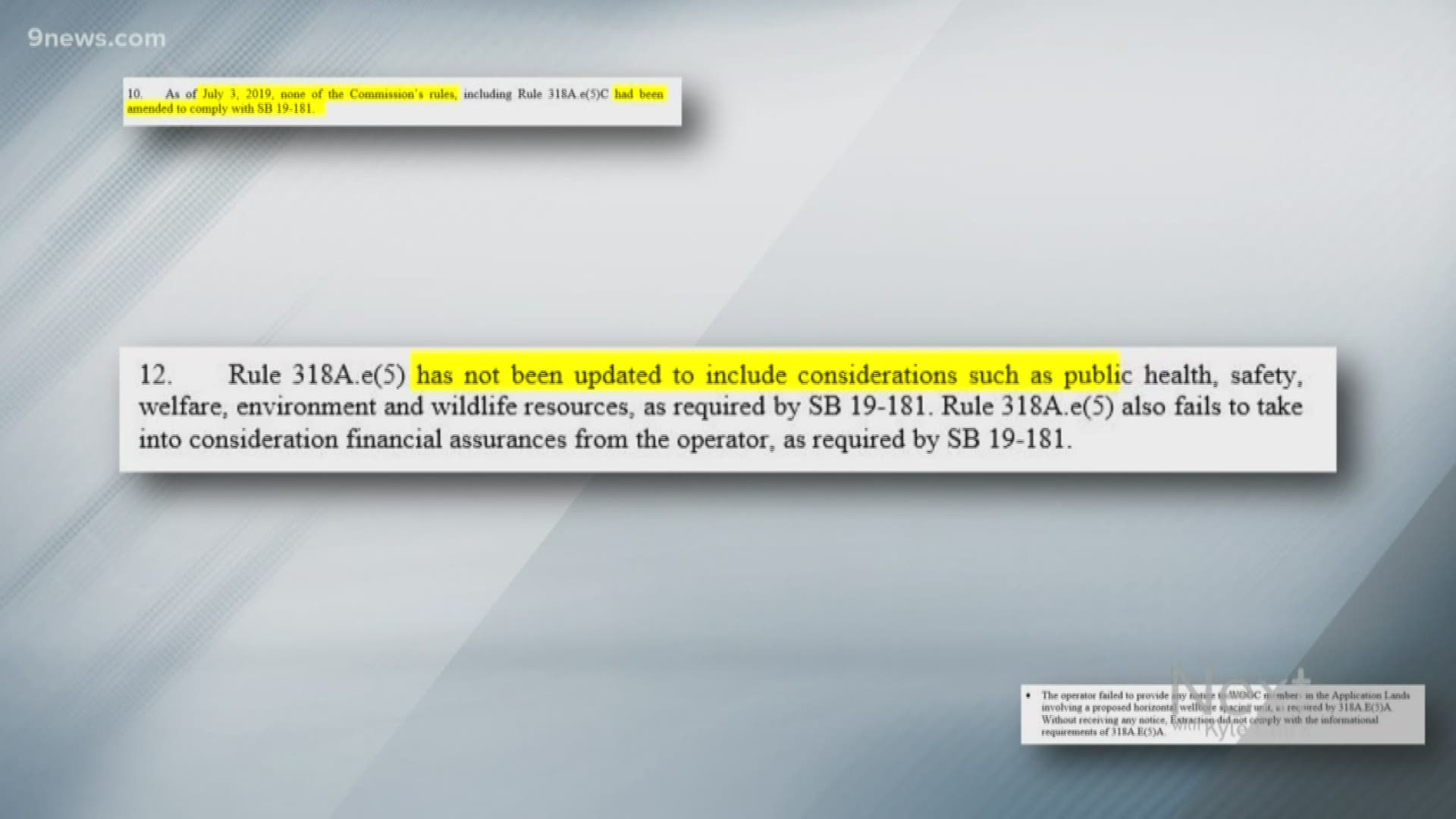 DENVER — The state agency that manages oil and gas business in Colorado is being sued by environmental groups who want regulators to temporarily stop approving new drilling permits.

Why? Because the agency’s rules haven't yet been updated to become compliant with the oil and gas law that went into effect earlier this year.

Colorado Rising, an anti-fracking group, and the Wildgrass Oil and Grass Committee, a neighborhood group from Broomfield, filed its suit in Denver District Court this week. Their complaint alleges the Colorado Oil and Gas Conservation Commission (COGCC) continues to consider new permits with outdated rules that do not follow criteria outlined in SB 19-181, which Gov. Jared Polis signed into law in April.

The COGCC is in the process of coming up with new guidelines.

A hearing involving all parties happened in July.

"We are kind of in this awkward stage shall we say. The Commission and the director have determined that the statute does not require a complete shutdown until all the regulations are retooled. So I’m working with old regulations and trying to superimpose the gloss of SB 181 health, safety, welfare that sort of thing on it," the hearing officer said, according to the court documents.

The groups’ complaint focuses on a permit application filed on July 3 by Extraction Oil & Gas, Inc., which wants to work in Broomfield. The activists want Extraction’s permit, and the approval of all others, to be put on pause until those permits can be reviewed using the new rules.

"The COGCC has now received the filed complaint. Regarding the claim that the Commission must cease all permitting until rules are promulgated, it has repeatedly been stated publicly that the Commission will continue to conduct its business under SB 19-181 while the Commission conducts rulemaking,” commission spokesperson Megan Castle said Wednesday.

Lawyers for Extraction argued in the July hearing that their permit application should be judged by the old rules, since the commission hasn't yet written new ones, court documents said.

While Colorado Rising also alleged that Extraction failed to properly notify and get consent from enough nearby property owners, the company is not named in the lawsuit. The group is asking for more information, including financial details of the Broomfield project, from the company.