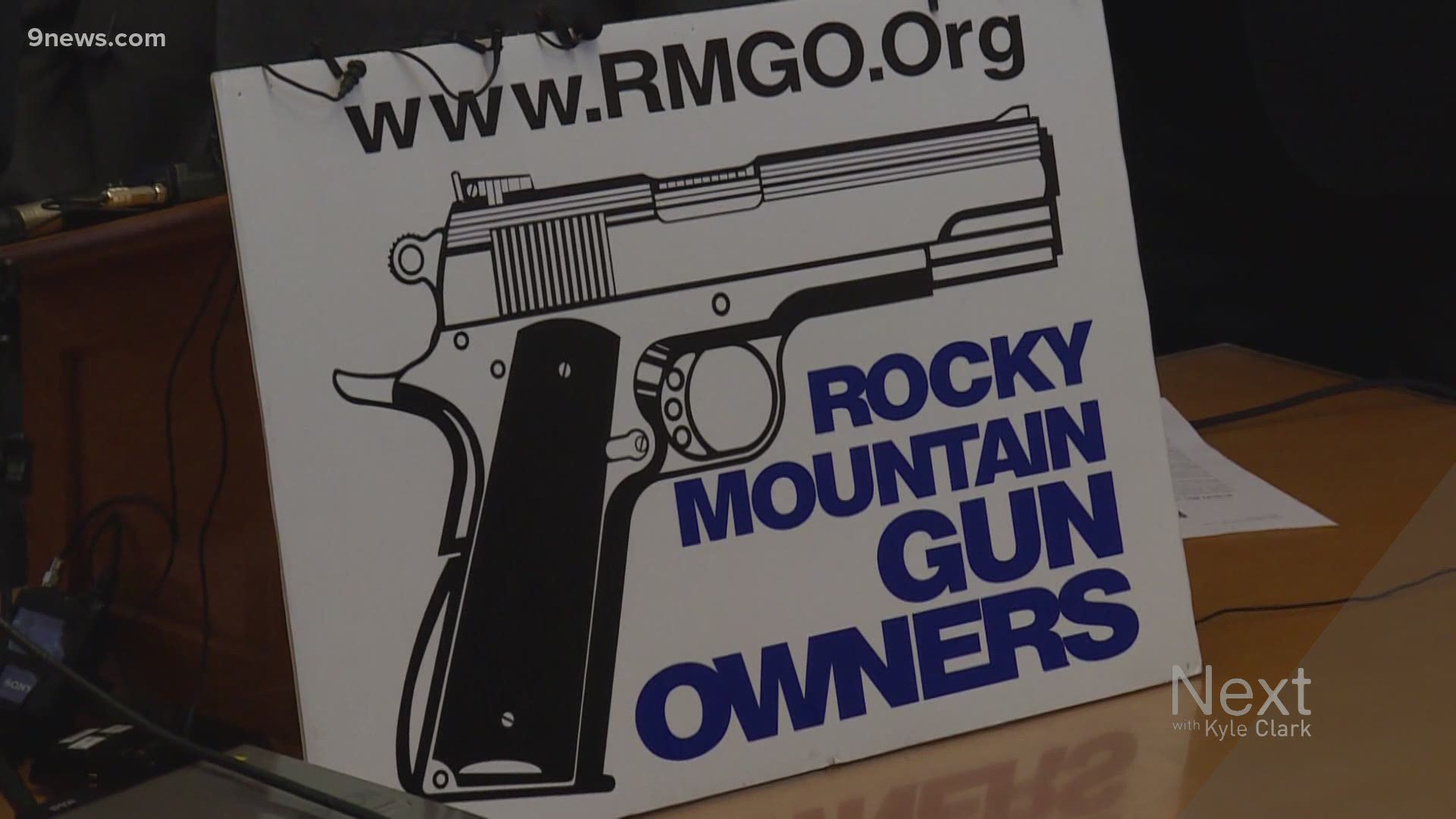 DENVER — The head coach of one of Colorado's most influential teams is stepping down from day-to-day duties.

This is not a sports story.

Dudley Brown will no longer be executive director of Rocky Mountain Gun Owners (RMGO), a group he founded in 1996. He'll remain as president, but Taylor Rhodes will take over daily operations.

That's a difficult task in a state with a Democratic governor and Democratic-controlled State House and Senate.

"I think our conservative leadership has done a pretty good job down at the Capitol, and I hope we can elect more conservatives, like those folks," said Rhodes.

In Senate District 23, which includes eastern Fort Collins, and straddles Interstate 25 by Longmont and Loveland, RMGO-supported Republican candidate Rupert Parchment lost to Weld County Commissioner Barbara Kirkmeyer. She defeated Parchment 55%-45%, to be the Republican nominee on the November ballot.

"Last week, essentially every candidate that we were running against or running alongside, I guess, pledged our survey, they pledged to vote 100 percent pro-gun," said Rhodes.

Next asked Rhodes about spending considerable money to defeat the candidates who won, yet somehow also still claiming victory.

"That's an odd way to spin it," said Rhodes. "But yeah, that's what I'm saying. The candidates that we supported may have come up short, our program won, and if they don't vote pro-gun in the general assembly, if they are elected in November, then they will be held accountable by Rocky Mountain Gun Owners."

Two RMGO-supported candidates did win, but only one had a contested race.

State Rep. Dave Williams did not have an opponent in his primary to remain the House representative for part of Colorado Springs.

RMGO has not had much success in the last 13 months.

In June 2019, Brown said RMGO spent $45,000 trying to recall Rep. Tom Sullivan, D-Centennial. That recall, in response to his support of the red flag legislation and National Popular Vote compact, ended during the signature collection phase.

In March, the RMGO lawsuit challenging the procedure used by the state House in passing the red flag bill, was dismissed.

Last week, RMGO lost its seven-year challenge to have the state's large-capacity magazine ban deemed unconstitutional. The Colorado Supreme Court upheld the law and the decision cannot be appealed to the U.S. Supreme Court.