It's going to sound like the Colorado Rockies are violating the state's ban on mass gatherings because of the crowd noise soundtrack playing in the stadium. 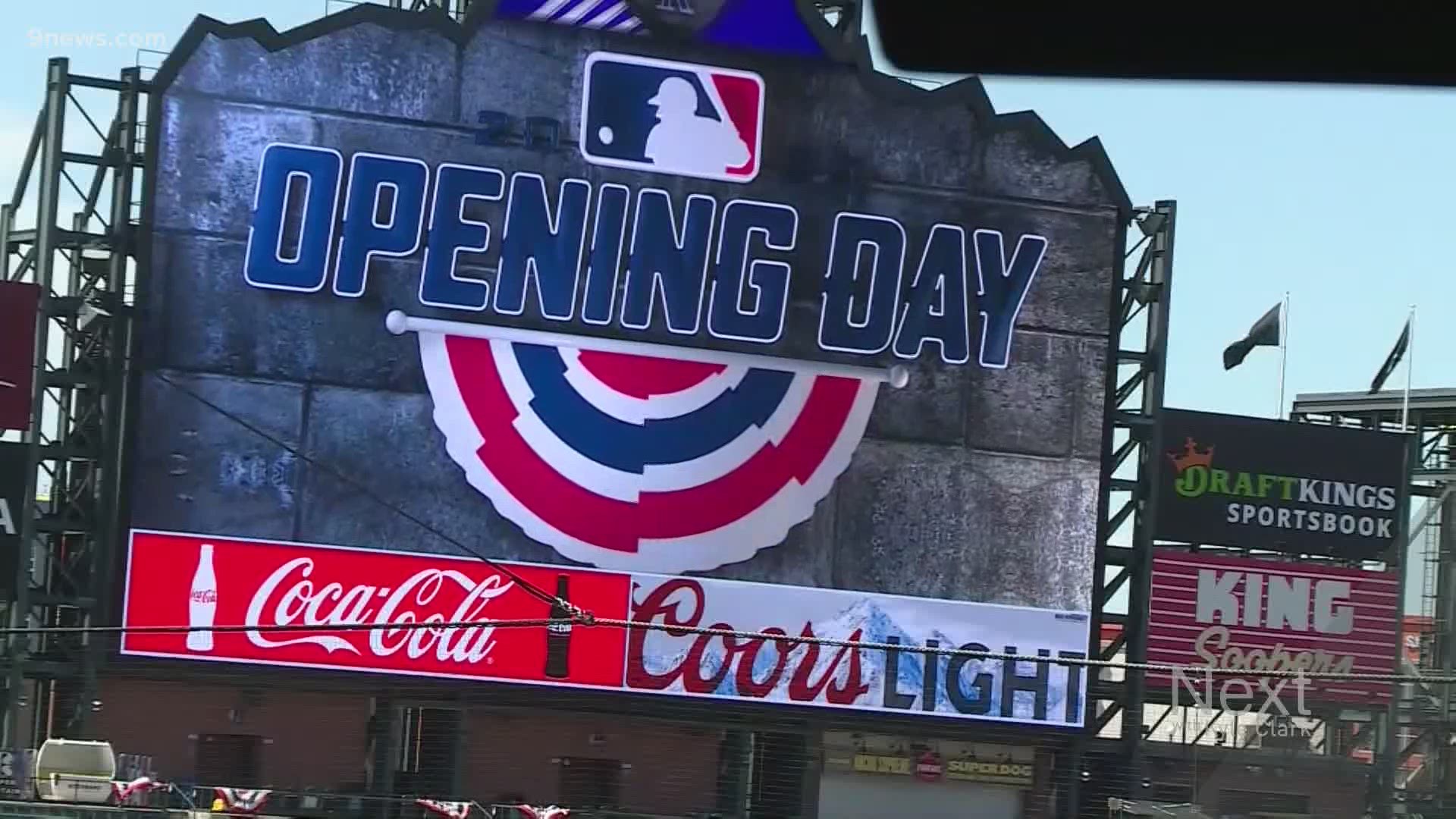 Opening Day 2020 will look different than the previous year, as stands will be empty because of the coronavirus pandemic, though the game may sound the same as before.

Major League Baseball (MLB) decided to pump fake crowd noise into baseball games during this abbreviated season. Fans watching at home have mixed feelings about the soundtracks, according to posts on Twitter, but Kent Krosbakken, the senior director of in-game entertainment and broadcasting for the Rockies, appreciates the noise.

The league provided each team with the sounds, and Krosbakken and his department are responsible for playing them. Next with Kyle Clark caught up with Krosbakken to find out how it works.

Did the league give you any rules?

Really, we have the [ability] to use them whichever way we want to. Obviously we’re going to use them in the correct way – a way to help bring a little excitement and enjoyment for fans at home, but also the players in the ballpark, and hopefully bring some energy to the team and get them pumped up when we need to.

We had many Zoom calls with MLB and all the other guys throughout the league that do what I do for their teams. There’s not a rulebook, but there [are] expectations that you’re going to follow along to a game like a crowd would normally react.

How many different sound files are there?

With nobody in the ballpark, the main thing is that it sounds good on the broadcast for all the fans at home watching.

No, there’s no requirement other than we have to use it, but we can use it in the way that we want to. I think every team’s in the same boat. That they’re going to use it just as close as they can to what the crowd would really be like in the stadium, if they were able to be here with us.

Player introductions with no fans is SO strange. #9sports pic.twitter.com/n25MoyGNHl

If there’s a foul ball, are you hitting a button to change the crowd noise even for that?

Yeah, we can do a foul ball. We can give them a cheer and act like somebody made a great catch in the stands.

Where did the sounds come from?

Do we know where Sony got it from? Are we going to hear somebody yelling "hotdog" with a Boston accent?

No, you won’t hear any of that. But you will hear little whistles here and there, and who knows, you might hear some whistles from the few people that are in the stadium. But it’s just your basic crowd murmur that will be going on most of the time and when the plays happen, we’ll have cheers. And we can build it up from a small cheer, when the ball hits the bat, and then make it a bigger cheer when the ball goes over the fence for the Rockies.

Did you practice playing the sounds?

We did practice it. We practiced it probably three games during inter-squad games before they left for Texas. We did kind of our final run-through [Thursday] – followed along with the Rockies playing the [Oakland] As.

Is it someone's job to have their finger at the ready on the iPad at any moment?

It will be someone in our control room that will be standing there at the ready throughout the entire game.

There [are] no boos. At the crack of the bat, we can do a small cheer, and when you find out that it’s a fly ball to the outfielder and he catches it, you can do an “ugh.” But there’s no booing or anything like that.

Do you have a preference? Would you rather have it sound like an empty stadium?

I think it’s a little bit eerie just hearing an empty stadium, so I like that we’re going to have some noise in there. Just makes it feel a little more natural even though nothing’s natural about this. I feel like it’s going to bring some energy to the players on the field and hopefully energy throughout the broadcast for the fans at home. We’re going to do everything we can. We’re not just going to play the crowd noise. We’re going to play the music like normally play it, the handclaps in between pitches. We’ll play player pump-up videos throughout the game to help give the Rockies that home-field advantage.