Family returns to Colorado after being stuck in Afghanistan, pleads for help to evacuate other relatives

M Haroon Zarify, his wife, and two children returned to Englewood last week, but are still working to bring other family members to the United States. 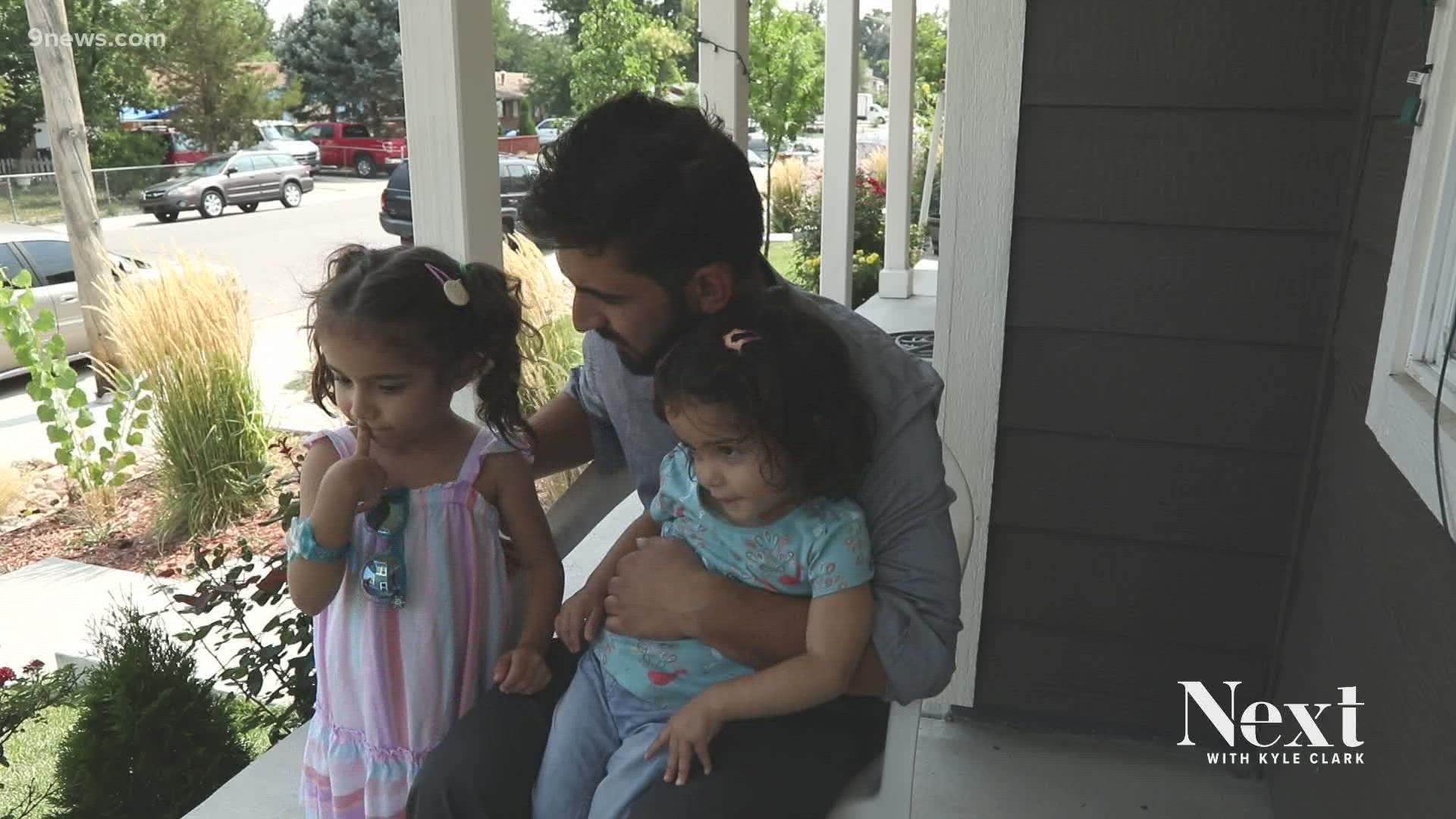 DENVER — Escaping the violence in Kabul and returning to Colorado brought relief, but not happiness to M Haroon Zarify. While he is grateful his wife and two children are safe, Zarify had to leave his father, siblings, and in-laws behind as the Taliban takes control of their home country.

Despite being back home in Englewood for a week, his mind and heart stayed in Afghanistan with the rest of his family.

"They didn’t deserve this to stay in Afghanistan and deal with all this situation," he said.

Zarify said his father worked as a security supervisor in Afghanistan for the United States military for almost 10 years, but has not been able to get his Special Immigrant Visa approved. Now, he said, his only hope to get his family to safety lies in the hands of the United States government.

"He helped you guys," Zarify said. "He put his life in danger and risk. Now he deserves to be in the United States."

After the U.S. completed their withdrawal, Zarify worries about future evacuations of Afghan allies.

"How they’re gonna get these people out, do they have a plan for them or after this August 31, everything is over, and they leave them behind?" he said.

In a statement to 9NEWS, The U.S. Department of State said their expectation is that "people who want to leave Afghanistan after the U.S. military departs should be able to do so."

Secretary of State Antony Blinken said "our commitment to continue to help people leave Afghanistan who want to leave and who are not out by September 1st, that endures. There’s no deadline on that effort. And we have ways, we have mechanisms to help facilitate the ongoing departure of people from Afghanistan if they choose to leave.”

Still, Zarify said he has not received any guidance or calls back regarding steps his family should take, and concern grows as he believes his family could be a target for retaliation from the Taliban.

"They have to carry all these documents, every time they go into the airport, all those checkpoints, by the Taliban and it has all American signs and signatures," he said.

On top of worrying about the safety of his family, Zarify and his family are also dealing with the mental and emotional effects of witnessing the fall of Kabul.

As America's longest war comes to an end, Zarify hopes his family members who worked alongside Americans are not left behind.