Family gets unexpected diagnosis day after third daughter is born

The talk about COVID-19 can be consuming, but Coloradans - like the Harrisons in Wheat Ridge - are facing other difficult health situations, too. 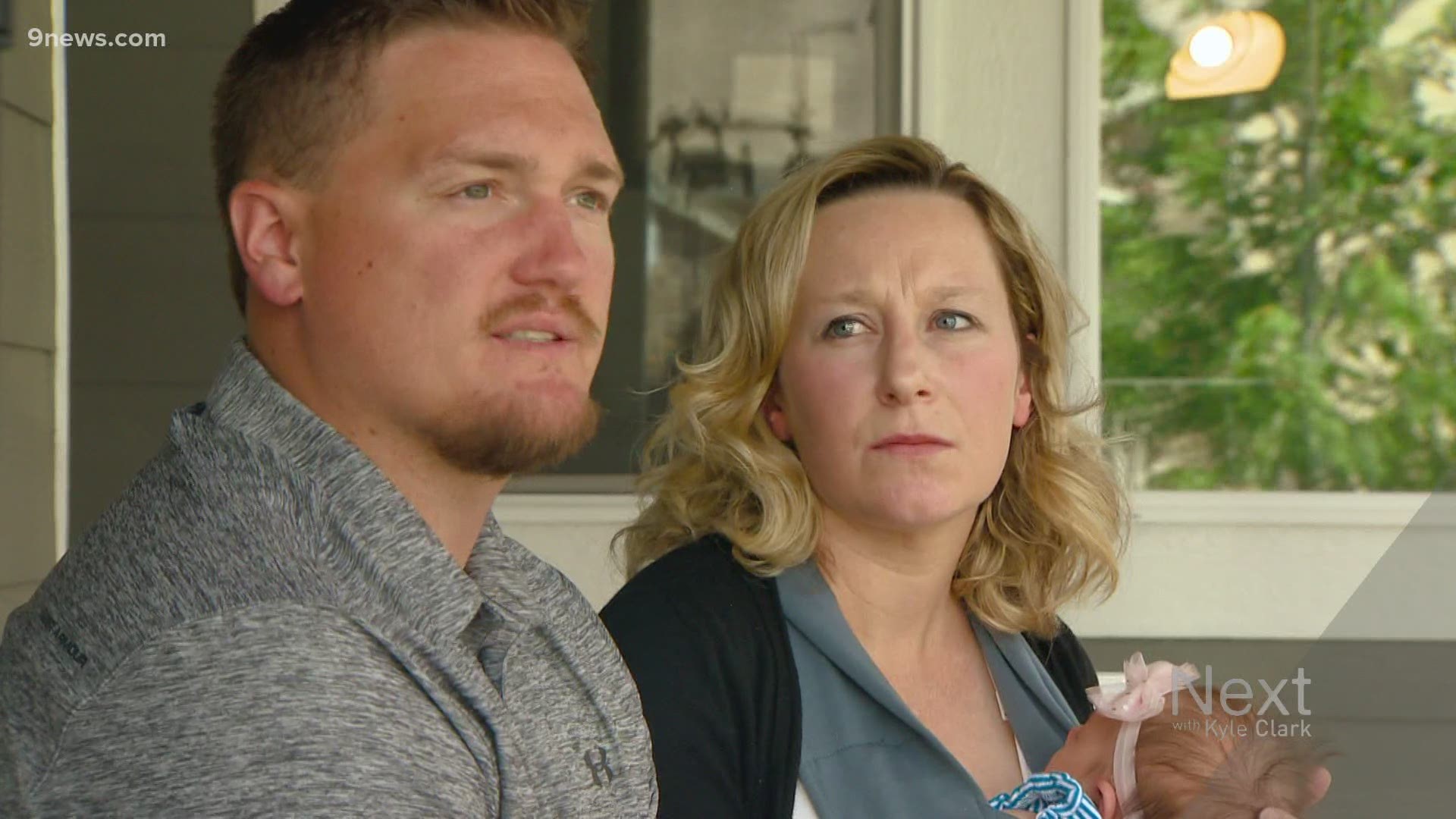 WHEAT RIDGE, Colo. — From the highest high, to an expected low.

They have a thing for Ks.

Kieran was born on June 4. She's the youngest sister of Kennedy, 4, and Kinley, 7.

"We've had to struggle through emotions of excitement to have a new baby and dealing with…" said mom, Kylie, as Dad finished her thought.

"The reality for our oldest kids," said Kyle.

Mom and Dad started to notice something concerning with Kinley when she was 3.

"We started noticing some speech delays and some speech regression. The easiest way to explain it, she just became hard to understand," said Kyle. "By the time Kennedy was around three years old, she started showing some of the same signs."

They went from doctor to doctor and never got a firm diagnosis.

They still didn't know what was affecting their two daughters, when Kieran was born last month.

"Kieran was born at 7 p.m. on June 4, and it was 10 a.m. June 5 that we had our telehealth appointment with the geneticist at Children's [Hospital]," said Kyle.

"During that telehealth appointment is when our geneticist told us that the girls had GM-1," said Kylie.

GM-1, gangliosidosis, is a genetic disorder that destroys nerve cells in the brain and spinal cord.

"Their bodies don't produce an enzyme to breakdown toxins that are naturally produced in the body. Instead, those toxins collect and build on the brain and spinal cord, which leads to rapid neurodegeneration," said Kyle. "Over time, they will lose skills that they already have today. They won't be able to gain new skills."

The family said that it will eventually rob the girls of their ability to walk and talk. Most likely, they will use wheelchairs and feeding tubes, and the Harrisons expect this disease will inevitably take their lives.

From what they've been told, the girls' could live until they are 10, or until their mid-20s.

While their diagnosis was done via telehealth, the girls still need to show up to doctors' appointments in person.

On Wednesday, they were at Children's Hospital for an eye exam.

"We've seen cardiology, we've seen radiology, ophthalmology," said Kyle. "Those are all really to get some baselines in place to understand what the progression is year over year."

Just like anyone else going to a hospital, COVID-19 rules limit who can be where.

"Siblings aren't allowed. Only one parent is allowed in most of the facilities. We go in and you're screened immediately and given a health questionnaire," said Kyle. "What's really been hard are things that really require in-person therapy, like occupational therapy and speech therapy. Those things you can do via telehealth, but they're just not quite the same."

Today, the Harrisons have a goal -- if not just for their daughters, for other children diagnosed with GM-1. They want to raise money for research during a time when everyone's attention seems to be solely on the COVID-19 pandemic.

"Rare diseases don't get the same attention, and therefore the same treatment as more common illnesses do," said Kyle. "Enzyme replacement therapy, substrate repression therapy, those are things that can be accelerated that we can get access to if we can fundraise enough money for it. Those aren't curative. Those will just slow the progression down, hopefully long enough to see a full cure be released and be accessible, and that's going to be gene therapy."

Kyle and Kylie will also have to be selective with possible treatment for the girls.

"It is absolutely possible to get enzyme replacement therapy that could significantly help them. It's possible to have the gene therapy, as well, that could potentially cure and reverse the issue that they have with their bodies, so that they can actually produce that enzyme," said Kylie.

One treatment scenario costs $350,000 for each girl, every year.

Thankfully, the Harrisons already know Kieran safe from GM-1. They already found out she tested negative and is not a carrier. Now, they focus on raising funds, so Kieran can still have older sisters when she's old enough to understand.

"In a situation where you're told there's nothing you can do, this is it," said Kyle. "It's an uphill battle. It's one that we may not win for our girls, but if we can make it so that another family doesn't have to feel the same things that we're feeling right now, and go through what we've gone through and what we're about to go through, then…"

"It's worth it," Kylie finished his thought.

RELATED: Parenting in the age of coronavirus: Maintaining a career and a family