Avalanche fans guess who will score the first goal for the Avalanche, using the hashtag #AvsTwitterPsychic, a game created by a fan podcast, The Avs Hockey Podcast. 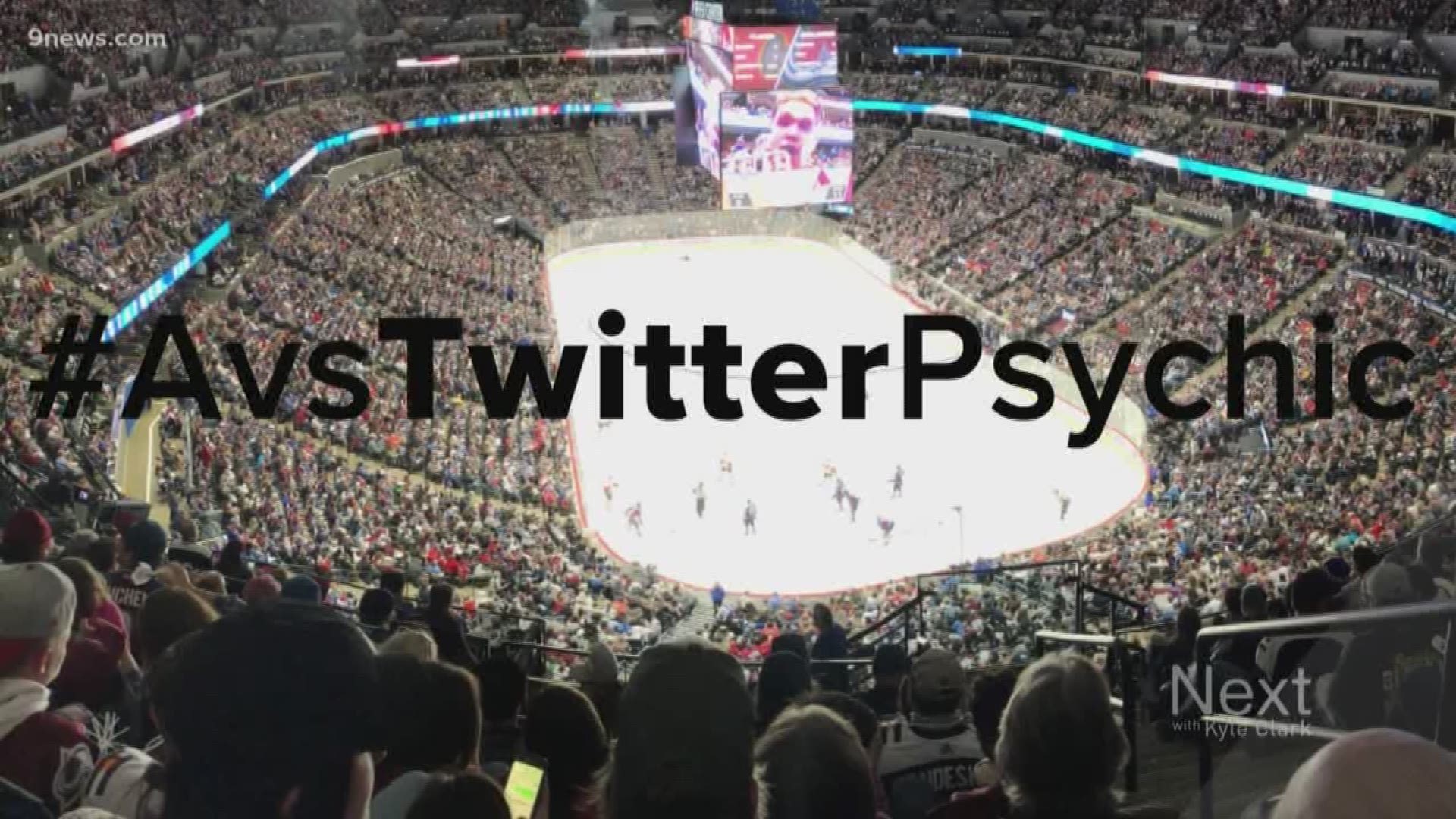 DENVER — Before the Colorado Avalanche takes the ice on any given night, a game gets going on social media.

Avalanche fans guess who will score the first goal for the Avs, using the hashtag #AvsTwitterPsychic, a game created by a fan podcast, The Avs Hockey Podcast.

But a stray tweet from the team on Saturday has put the future of the social media game in question, according to the podcast's founder and host Jay Vean.

“I was just trying to have a good time during one of the games like late January and I was just like Stastny is going to get this goal,” Vean said during a taping of "From the Cheap Seats" earlier this year, recalling how the game came to be. After he correctly guessed a few goals, he said he joked that he was the “Avs Twitter Psychic” and it took off.

“A good friend of the show he always says it’s everybody’s favorite game to lose, because you have to celebrate an Avalanche goal, but it may not be your guy,” Vean said.

RELATED: Hey sports fans, we have an Avs podcast!

At the end of each night, Vean finds every Twitter user who guessed correctly and retweets their guess. He said the hashtag has trended nationally at times because so many people participate.

That includes the team itself.

“A couple of fans asked (the team) to play throughout the years and the last three seasons they’ve played every game,” Vean said.

Saturday, the team took it a step further, tweeting a #AvsTwitterPsychic guess with a sponsorship. Soon afterward, dozens of fans accused the team of monetizing a fan-driven experience.

Vean quickly clarified that he wasn’t profiting off the tweet and didn’t know the team planned to get it sponsored.

Vean wouldn’t comment for this story, beyond the tweets from Avs Hockey Podcast.

RELATED: From the Cheap Seats | This Manitoba doctor tweets about NHL injuries (so we picked his brain)

RELATED: Emergency goalie activated! Meet the guy who suited up for the Avs during a recent road game

Neither the Avalanche nor FanDuel responded to 9NEWS requests for comment.

The team did tweet with the hashtag ahead of Tuesday’s game in Buffalo but the tweet did not have a sponsor.