Tom Sullivan told Next with Kyle Clark that John Castillo, Kendrick's father, was not left out of the town hall because of his opinion on arming school staff. 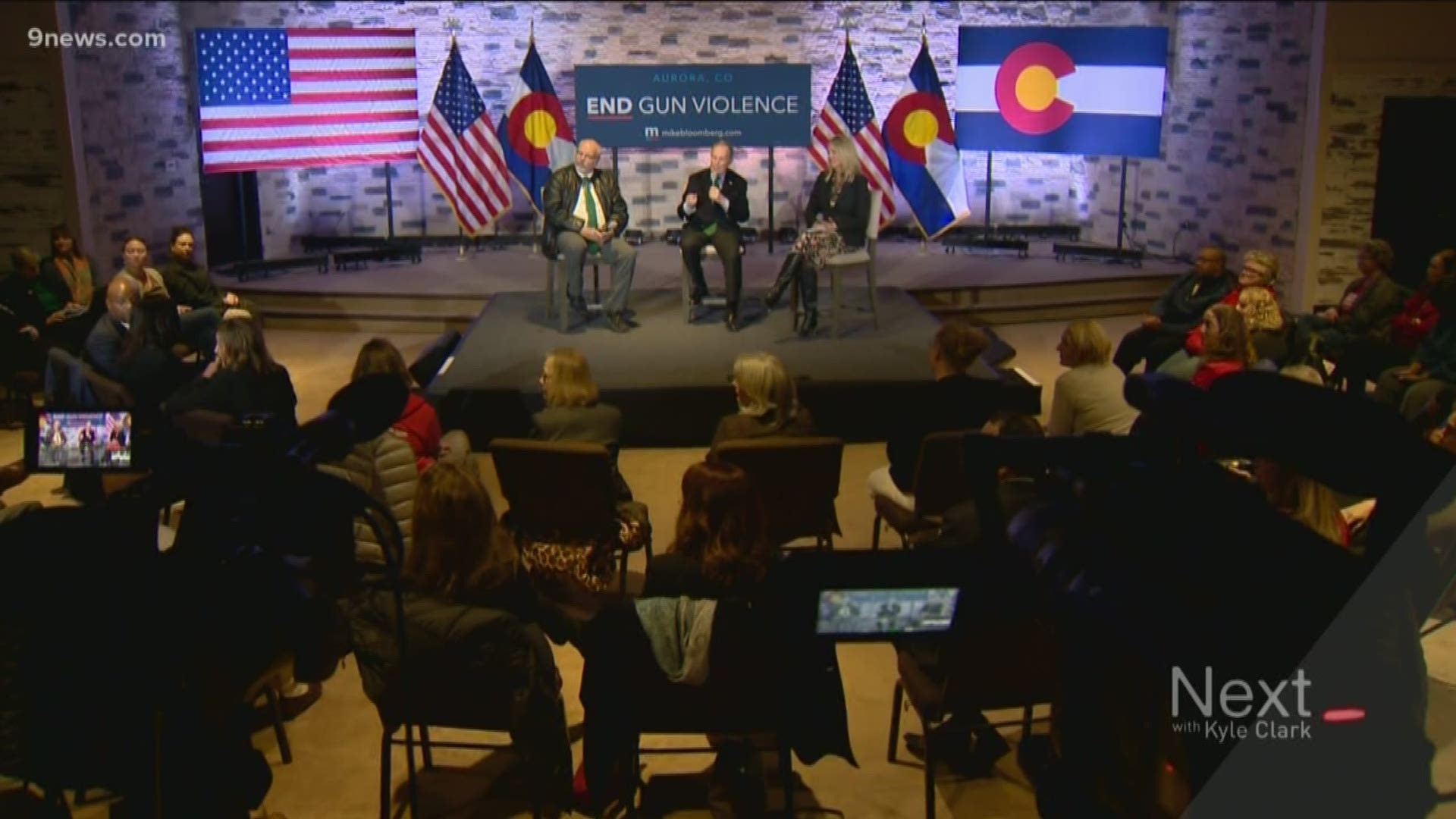 DENVER — He was invited to a club he didn't choose to be a part of, but he wasn't invited to that club's recent meeting with a presidential candidate.

John Castillo's son Kendrick was shot and killed at the STEM School Highlands Ranch in May. That made his family the most recent in Colorado to join other family members who have lost loved ones to mass shootings.

On Friday, Castillo tweeted about being left out of the event.

"Not being included didn't particularly hurt me one way or the other, I just thought it was very suspect and odd and purposefully planned that way," Castillo told Next with Kyle Clark.

Castillo said he wasn't sure he would have gone had he been invited, but he's also not sure Bloomberg would have wanted to hear his thoughts on gun safety.

It was at the Aurora event where Bloomberg unveiled his gun safety policy.

"I'm pretty opinionated and many of my opinions have been arming school staff, not teachers per se, but doing things that are radically different that we haven't done in the past. That's not popular with some, but I don't think that's a reason to blacklist someone and keep them out of the conversation."

RELATED: Michael Bloomberg calls for ban on all assault weapons as part of gun control policy

State Rep. Tom Sullivan (D-Centennial) helped coordinate the event in Colorado for Bloomberg. Sullivan is the one who chose the Aurora church right behind the theater where his son, Alex, and 11 others were killed on July 20, 2012.

Sullivan called Castillo on Friday morning after seeing his tweet.

In a phone conversation with Next, Sullivan said it was his fault.

"If he wants to blame someone for someone not calling him, make sure he blames me," said Sullivan. "The story that no one wanted to hear from him, that's not true. The story is no one knew."

Sullivan said he spoke with Castillo in July, gave him his phone number and let Castillo know it was there whenever he was ready.

"There was no intention of leaving somebody out because of not wanting to hear what they had to say. I didn't know he was ready to talk to somebody," said Sullivan. "If you want to have your message told, you have to get out in front of it and tell people, it's as simple as that."

Castillo has gone to the politicians since the May 7 shooting.

He attended the interim school safety committee hearings at the Capitol this summer and fall. He went to the Douglas County Commissioner meetings. He's attended the court hearings for the two suspects arrested in the shooting.

"I hope going forward, as we move through this election year, all of our politicians will come together to help make our schools safer," said Castillo.

One of his concerns surrounds the access to guns by kids at home.

"These flimsy gun safes that are sheet metal, in the STEM case, were easily broken into with screwdrivers. We've had years to try to get rid of stuff like that and nobody's made a real difference, and I hope that I can address those issues, but I'd like (Bloomberg) to hear that."

Since Castillo has involved himself in the legislative process, does he want to join Sen. Rhonda Fields (D-Aurora) and Sullivan, as another parent of a victim of gun violence in the legislature?

"Advocating? Yes. Lawmaking? I'll leave to the lawmakers," said Castillo. "I'm not interested in any type of political career. I’m a devastated father that wants to see change. I don't want to put myself out there to be in an arena where I can be handled and my opinions be curtailed like a politician."