The NTSB does not assign blame for the explosion, but the new report lists the "probable cause" -- that being the pipeline that was likely severed in construction. 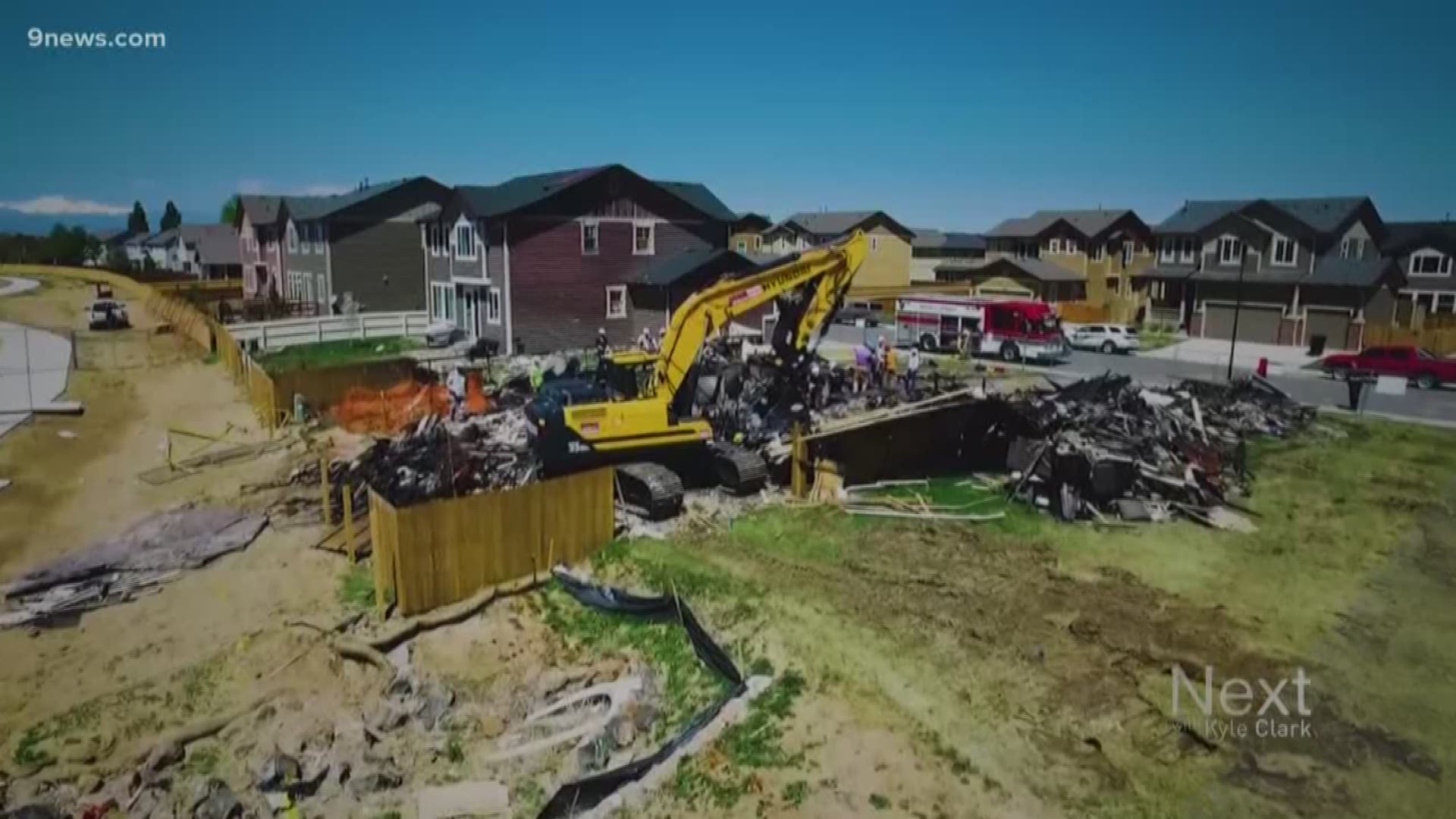 DENVER — After two-and-a-half years, the National Transportation Safety Board released its report on the 2017 home explosion in Firestone, Colo.

It is seven pages long.

"I think that when you take two-and-a-half years to publish a report and your goal in that report is being the National Transportation and Safety Board, with safety in mind, they definitely didn't get to what they needed to," said Firestone explosion survivor Erin Martinez.

Martinez lost her husband, Mark, and brother, Joey, in the April 2017 explosion.

The NTSB, which investigates plane crashes and train derailments, also investigates the transportation of oil and gas through pipelines. The NTSB does not assign blame or fault, but the report lists the "probable cause."

The probable cause of the explosion was natural gas through a pipeline that had not been abandoned properly in 1999, by a company known as Patina Oil and Gas Corporation. Anadarko Petroleum Corporation, now known as Occidental, took ownership of the well and pipelines in October 2013. The pipeline was most likely severed during home construction in 2015, according to the report. Contributing to the accident was local authorities -- the city of Firestone -- allowing homes to be built on or near oil and gas development land, without complete documentation from Anadarko (Occidental), on the location and status of the pipelines.

RELATED: Anadarko settles with families of the victims who died in Firestone explosion

"We are pushing for disclosure of all oil and gas infrastructure. I think that if you were going to send your children to school, you are going to buy property, buy a home, even where you work, I think you have a right to know what's around you, what's under you and what's beside you," said Martinez. "I understand that they're not an agency that places blame, but the main title of their agency is safety, and I would think that they would have some recommendations for safety, so that something like this wouldn't happen again."

When Colorado Gov. Jared Polis signed SB19-181 into law this year, it started the process for new rules to be established by the Colorado Oil and Gas Conservation Commission (COGCC) regarding oil and gas development. In November, the commission will discuss new rules for tracking flowlines underground.

"Every time that well changed hands, nobody caught that those lines weren't plugged and abandoned property. All that would be required was a simple pressure test on those lines, and you would have discovered that that line was still connected," said Martinez. "(The NTSB report) doesn't touch on the fact that when we go from owner to owner, perhaps we should require an inspection, which is something that we're pushing for in these (COGCC) rules."

Even with SB19-181 and the new rulemaking by the COGCC, where home construction is allowed near oil and gas development is still up to cities and counties and not the state.

"That statement gets to the authority of local governments who are in charge of development within their communities," said Robbins. "Jurisdiction by jurisdiction would make the call on whether and how and when new development would encroach upon existing oil and gas locations."

The COGCC meets on Wednesday morning, but where flowlines exist underground and what the public is allowed to know about them won't be discussed until November's meeting.

Before any digging takes place, a call is supposed to be made to 811 to determine what is underground. Even with new rules that allow a public database, 811 will still need to be contacted.

"When the general public is looking at our proposed database online, they would be able to see the general vicinity of all flow lines, not just the endpoints, but for security reasons, they would not be able to zoom into specific locations," said Robbins.