The plan to put a security fence around Colorado's Capitol has drawn opposition from a bipartisan group of former state lawmakers. 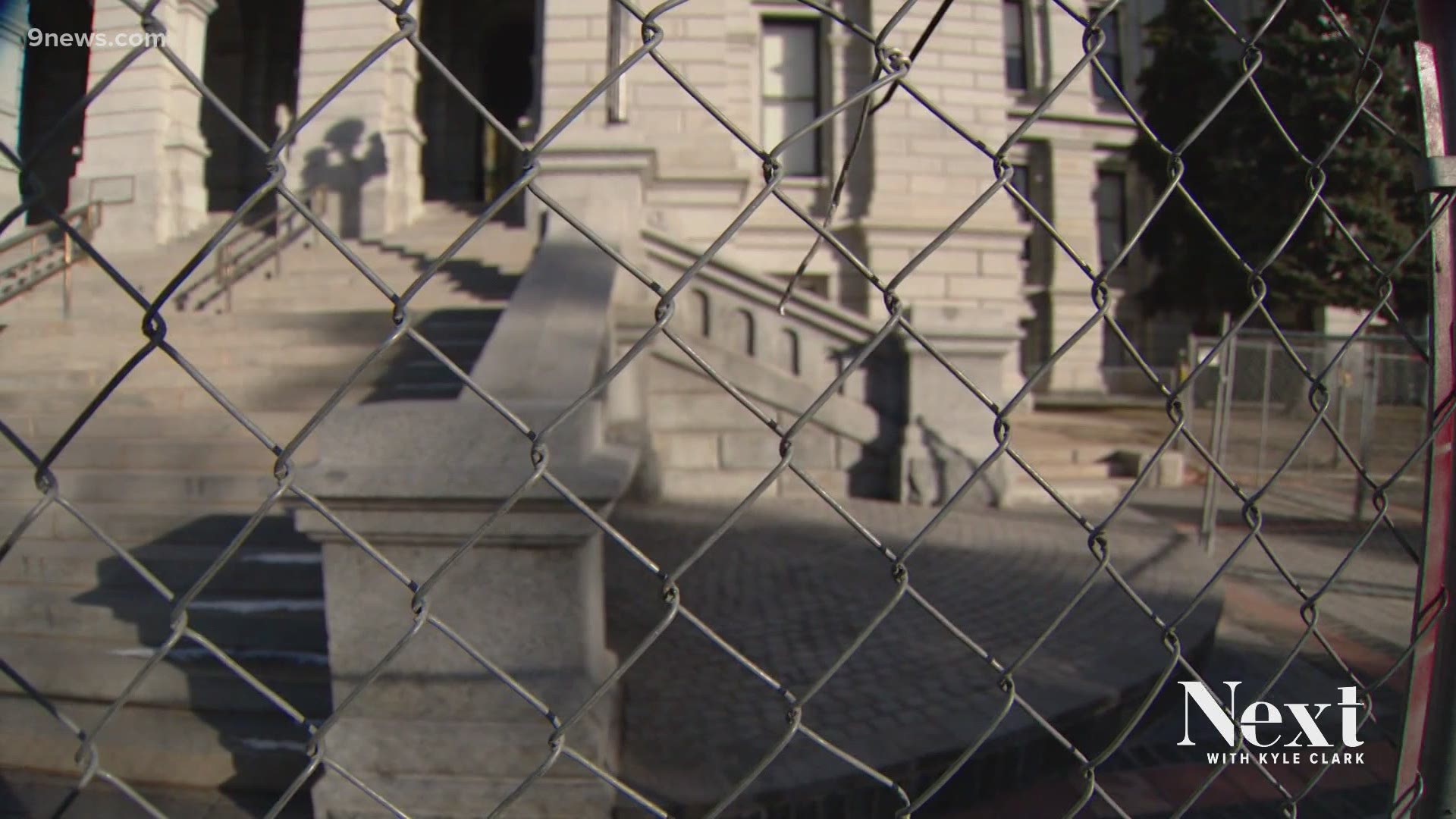 DENVER — The idea of permanent fencing around the Colorado Capitol has broad bipartisan opposition.

A group of former state lawmakers on both sides of the aisle - including governors, House Speakers and Senate Presidents - on Thursday signed their names to a letter that urged current legislators to reconsider the plan.

"Having worked in the building, we understand the importance of measures to protect the members, staff, and visitors while on the Capitol grounds. We also understand that in times of heightened security concerns, temporary measures may need to be taken that insulate the Capitol from the rest of the city," the letter said. "But these considerations must be balanced with the fact that ours is a free and representative government, and physical barriers between people and the leaders they elect sends the wrong message."

Temporary fencing went up over the summer when Colorado's Capitol in downtown Denver became a target of vandalism during protests that turned destructive.

The proposal for a permanent fence first become public, albeit accidentally, in November after a meeting of the Capitol Building Advisory Committee. When members returned from a private discussion about building security matters, State Sen. Dominick Moreno (D-Commerce City) mentioned the fence in the public portion of that meeting.

"I move to allow the Department of Personnel and Administration to move forward with the design for both the Capitol and Lincoln Park fencing. The design of the Capitol grounds perimeter bollards--," Moreno said before he was interrupted by a colleague.

Thursday's letter followed a Denver Post report on renderings for the fence.

"We further recognize that the right of peaceful protest is fundamental. We in no way endorse the acts of vandalism directed at the Capitol last summer, but neither can we support using those events to justify measures that would limit and restrict future peaceful gatherings and protests on the Capitol grounds," the former lawmakers went on to say. "If a permanent fence is put around the Capitol, Colorado will have lost something special: a deep and abiding connection between its people and their government."

Republican Gov. Bill Owens and Democrat Dick Lamm are among the dozens of former lawmakers who signed the letter.