The easiest way to understand bills being considered at the state legislature is to review the fiscal note. 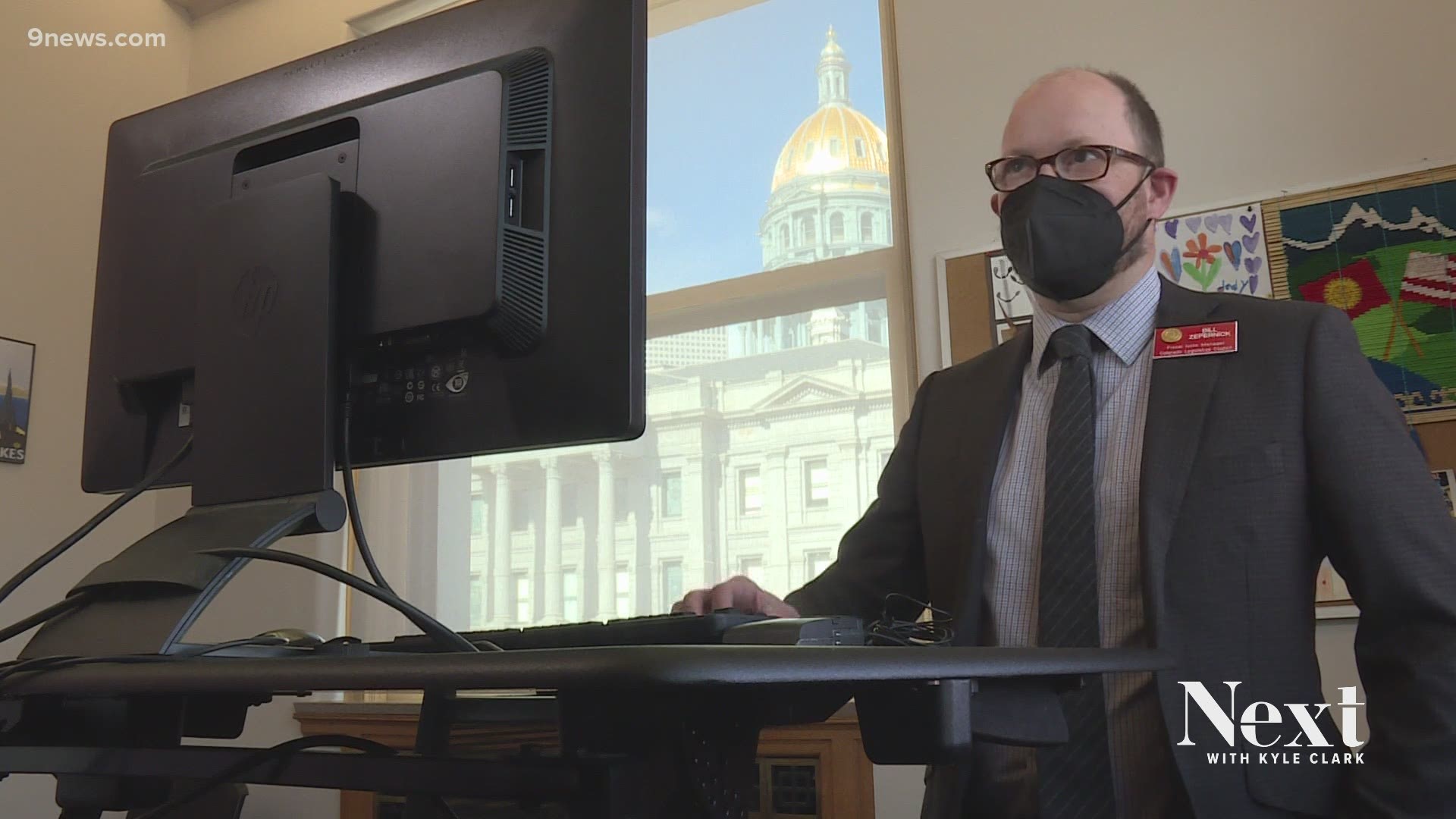 DENVER, Colorado — The start of the legislative session reveals a secret.

There are state employees whose job is to simplify nearly impossible-to-understand legalese.

When lawmakers introduce a bill in the state legislature, legislative council staff are responsible for summarizing it in plain English, while also detailing the financial impact to the state.

"We take bills that could be anywhere from 10 to 100 pages, take all that legal stuff in the bill (and) condense it into a three or four page document, typically," said Bill Zepernick, Legislative Council Staff Fiscal Note Manager. "We have a summary of the legislation in layman's terms right on the first page."

For example, legislative council staff had to condense a 1,565-page bill in 2019 that recodified a section of Colorado's Revised Statutes.

It cost the state nothing, which is why the fiscal note took up only two pages.

"The bill is definitely hard to read if you're not used to it, and have that legal background, so we try to condense it into information that is more readable," said Zepernick. "We like to have two or three weeks, but sometimes it'll be as fast as a couple of days."

"I grew up, honestly, saying that I wanted to be a trusted expert in a subject that matters, and I think that I've accomplished that," said Legislative Council Staff Principal Economist Greg Sobetski.

"Every one of these tabs is a statute that I've had to reference in the past," said Sobetski.

Sobetski works extensively on taxes and explaining the Taxpayer Bill of Rights.

"The idea is that the fiscal note is supposed to be a venue for legislation to be explained to a lay audience or an audience of legislators who may be attorneys, but are often farmers or teachers or business owners or whatever lot of life," said Sobetski. "They're produced by a non-partisan office. They're designed to be objective."

The easiest way to understand bills being considered at the state legislature is to review the fiscal note.

The bills are searchable on the state's legislative website. Under each bill, there is a tab to "View Recent Bill Text," which takes you to the legalese version of the bill. Once the bill has been reviewed by Legislative Council Staff, another tab will appear that says, "View Recent Fiscal Note." That tab will open the brief easy-to-read explainer.

"I think that's a big part of our mission, is to make that information accessible," said Zepernick.

"It is going to increase or decrease revenue and by how much? Is it going to require the state to spend money or is it going to reduce the amount of money we're spending already," said Sobetski.

Legislative Council Staff are not policymakers. They simplify the language and explain the math.

"People who like the bill say it costs too much, that the cost is too high in the fiscal note, whereas someone who's opposed to the bill might say it doesn't cost enough," said Zepernick.

The fiscal note could change, not because of persuasion, but rather, information.

"I, often, will let a member know if there is a change that they could make to a way that the bill has to be implemented in order to produce a better budget outcome," said Sobetski. "In terms of the merits of the policy, I don't advise members whatsoever. It's their job to figure out what their constituents need, what the voters want, what is best going to benefit the state."