Heavy rains caused a "river" to flow through a building on West Colfax in Lakewood. 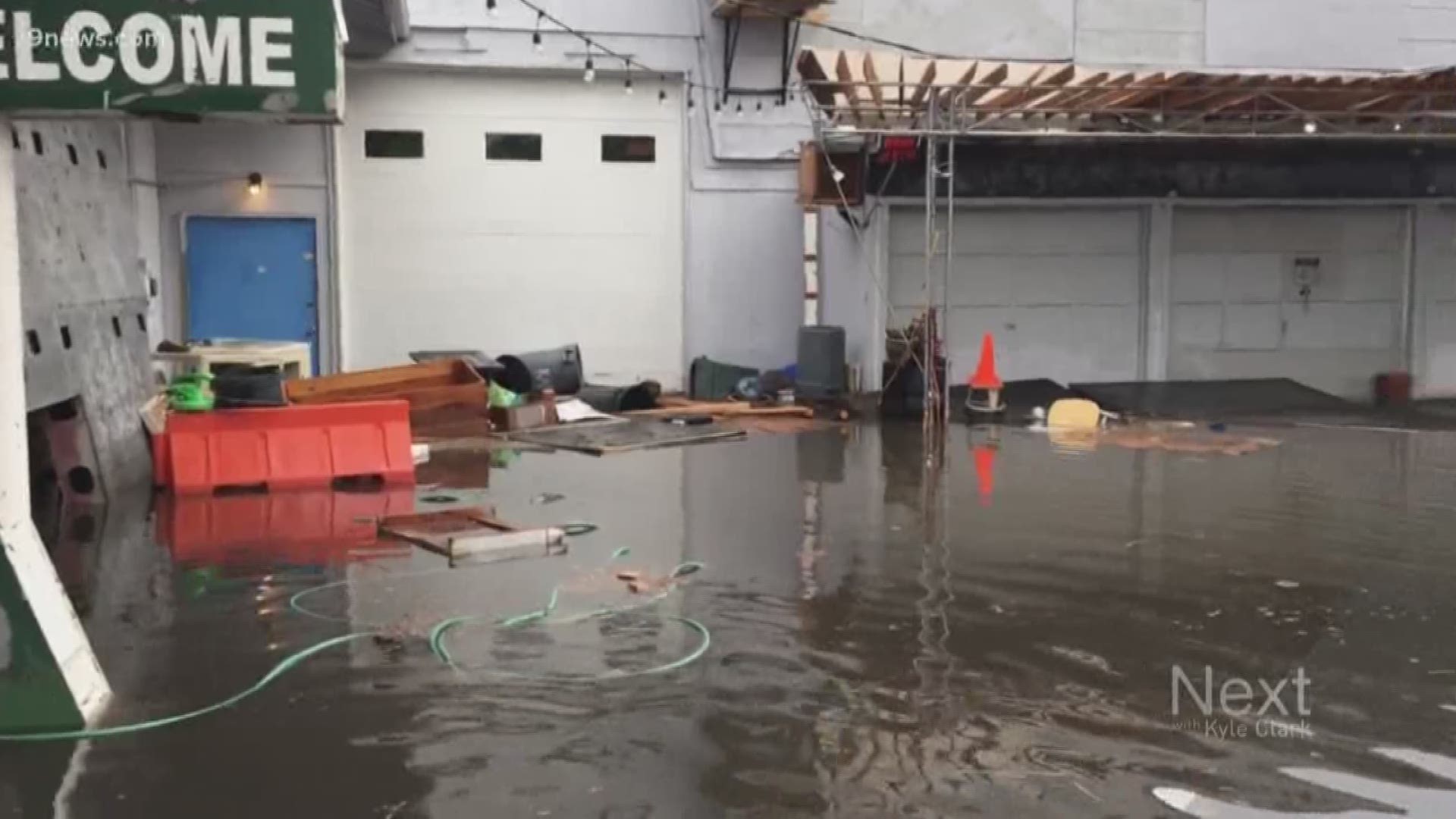 LAKEWOOD, Colo. — For 15 years, Jonny Barber has been putting together a collection of memorabilia from businesses that made up Colfax Avenue from Lakewood to Aurora.

"When I was talking about moving the Colfax Museum into this building, no one ever disclosed to me that it was a flood plain," Barber said.

He moved into the old Pasternack Pawn Shop at the corner of Colfax and Pierce St. as part of the growing 40 West Arts District. But, before he could even re-open the museum, his effort and dreams were washed away in a flash flood on July 20.

"My family and I are in very dire financial straits," Barber said.

Property Manager Greg Dyer says this is the second flooding incident this year for Barber and the rest of his tenants along West Colfax. Prior to this, Dyer believes this has only happened once over the previous ten years.

"This river of water, it just runs down 16th Avenue, comes in through here and just runs right on in the building," Dyer said.

The unstoppable deluge left behind a mess and huge cleaning bill.

"What are we going to do here? I've got three art galleries that are in here and all of their art which is about eight to 20 artists in each of them that are all frustrated about this thing," Dyer said.

Despite losing collectibles such as furniture, rugs, and organs, Barber says the Colfax Museum can still survive.

"The collection, for the most part, is still intact and safe, and it's just more taking the next step," Barber said.

Barber says the flood has wiped out his money and now he has no place to display the collection. If you want to find out how you can help, click here: http://www.colfaxavenue.org/p/colfax-museum.html.

"Otherwise, someone else start a Colfax Museum and I know a guy who can hook you up with a ton of cool stuff," Barber says while laughing. "And, I'll come visit your museum every day."