We begin this year's coverage of Denver's homelessness crisis by exploring the single most-asked question we got last year: why do so many of the city's homeless refuse to sleep in shelters? 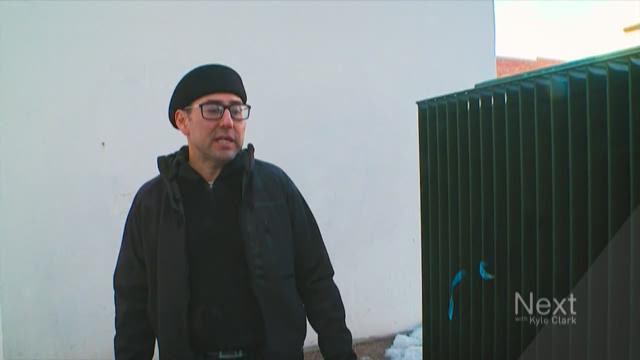 Five thousand or so people in the Denver area started this year like they ended the last one - homeless.

Last year, during the most recent widespread survey, about 15 percent reported sleeping outside without any shelter. Slept outside despite the availability of open shelter beds in Denver.

Next is beginning this year's coverage of Denver's homelessness crisis by exploring the single most-asked question we got last year: why do so many of the city's homeless refuse to sleep in shelters?

Our search for an answer led us to the alley where a man named Troy Montoya used to sleep.

"I'm an alcoholic. I decided to live on the streets, as opposed to a homeless shelter," Montoya told Next. "I believe my homelessness started with my addiction. Once my addiction took off I noticed that my mental health was also taking off, and once you're in homelessness, I think you're stuck."

Montoya shared a difficult part of his life with us - when he says he was a "drop-down, reckless drunk, drinking mouthwash."

He would sleep in an alley behind the Salvation Army on Champa near Broadway.

"I would leave food behind for the next person, sometimes if I had an extra sweater I would leave it back here. I would leave my cardboard behind, because if I wasn't here at least someone could get off the cold pavement," said Montoya.

He could have easily gone to one of the many homeless shelters in downtown Denver, but he chose not to.

"For me, I saw someone stabbed in the shelter once. I have Post Traumatic Stress Disorder. Any loud noises or erratic behavior of anybody else can trigger me," Montoya said. "So for me, until I got my mental health stable I just really was not, I was no a good candidate to stay in the shelters."

He added, "I was alone, I could deal with the problem alone. I didn't have to take on anybody else's baggage while I was there."

Montoya is now staying with his family as he rebuilds his life, but says he will always get emotional remembering his life on the streets.

"Some people have just lost so much been beaten down so long, that they just lost hope," he said. "I think when you just smile at somebody and you say good morning, that means more to me than anything is to be acknowledged as a person."