“It was just really beautifully done. You can only do so much and they treated the whole thing with the utmost respect.” 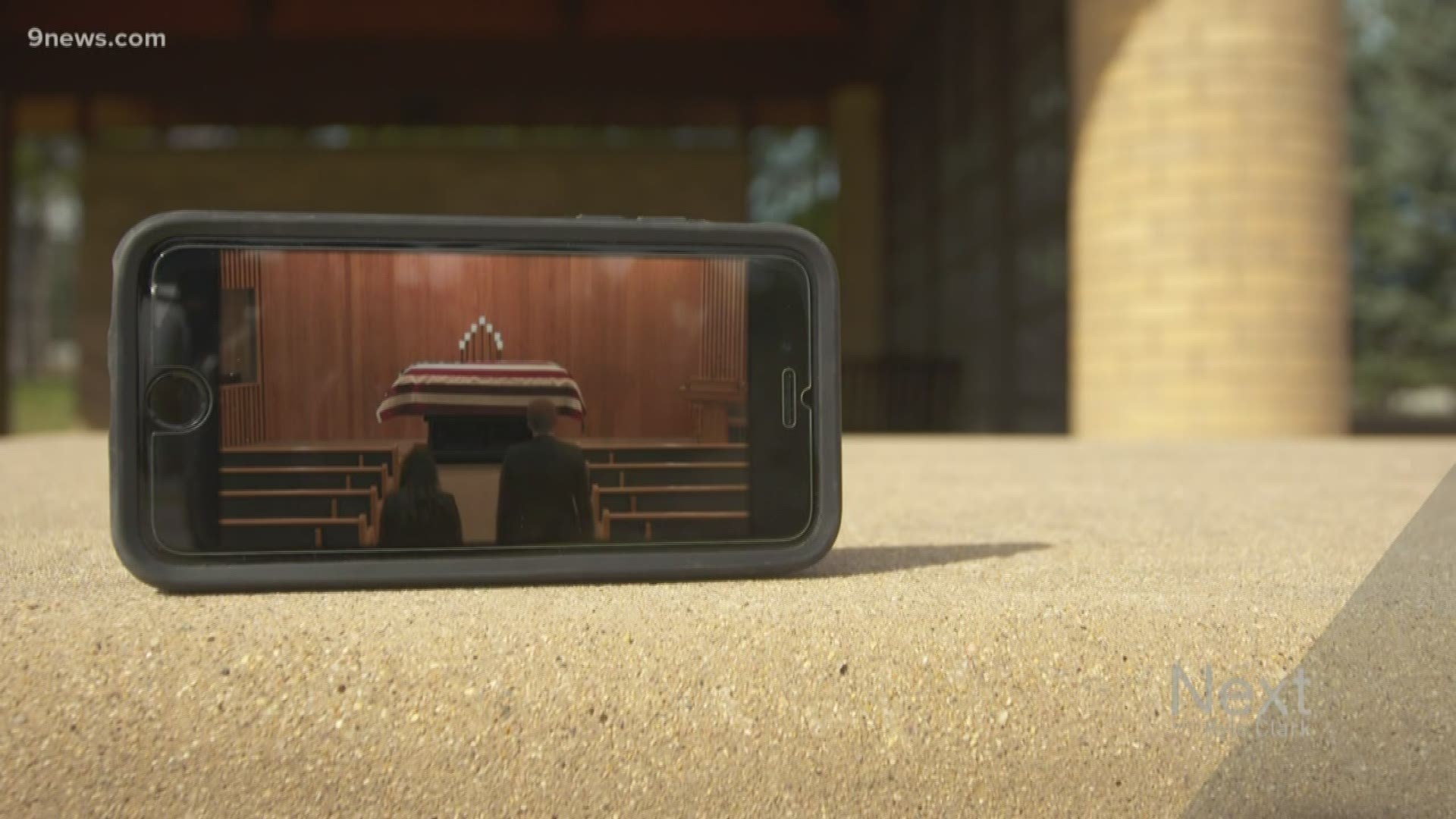 DENVER — With COVID-19 banning gatherings across the state, funeral services for veterans at Fort Logan National Cemetery have changed dramatically.

“There’s this eerie sense of quiet,” said funeral director John Horan of Horan & McConaty, standing outside the visitor’s center at the cemetery Wednesday.

The typical sounds of honor guard funerals, including bugles and gun salutes, aren’t there as the cemetery is mainly doing direct burials.

“At times like this, we’ve had to be more creative than ever to figure out ways that we can help people say goodbye,” Horan said.

Arthur Bangle, 96, died in October, according to his family. A veteran of World War II, Bangle served in the U.S. Army in Okinawa. His daughter says his service made him proud.

“His country called him and he stood up and answered the call,” Jay Bangle, the couple’s daughter said.

“We made the choice after dad passed away to wait to do his funeral until mom went and then we’d do their funeral together,” she said.

Arthur Bangle’s wife of 77 years, Olive, 95, died in February. While Arthur had been cremated, Olive requested a traditional burial. With children and other family scattered around the country, and COVID-19 slowly bearing down on the nation, a traditional funeral service for the pair couldn’t happen.

“We couldn’t be there, but we couldn’t wait until this was over to have them interred,” their daughter Jay, who lives in the Bay Area of California, said.

So the family told their funeral directors at Horan and McConaty to move forward with a burial.

One of them had an idea: to hold a private service inside the chapel at the funeral home and videotape it for the family.

In the video, both funeral directors stand with their hands on their hearts as a recording of taps plays. They then, wearing white gloves, remove the American flag from the casket and fold it. One of the funeral directors then takes the folded flag and kneels toward the front pew, where they would typically present it to the next of kin.

“It was just really beautifully done,” Joy Bangle said. “You can only do so much and they treated the whole thing with the utmost respect.”

It will never replace a service where the family could gather, share stores and mourn together. But Joy Bangle said it helped tremendously.