What does the future look like for the Colorado Republican Party?

Following Cory Gardner's loss, Democrats control every statewide elected position except for one regent position at CU Boulder. What now for the state GOP? 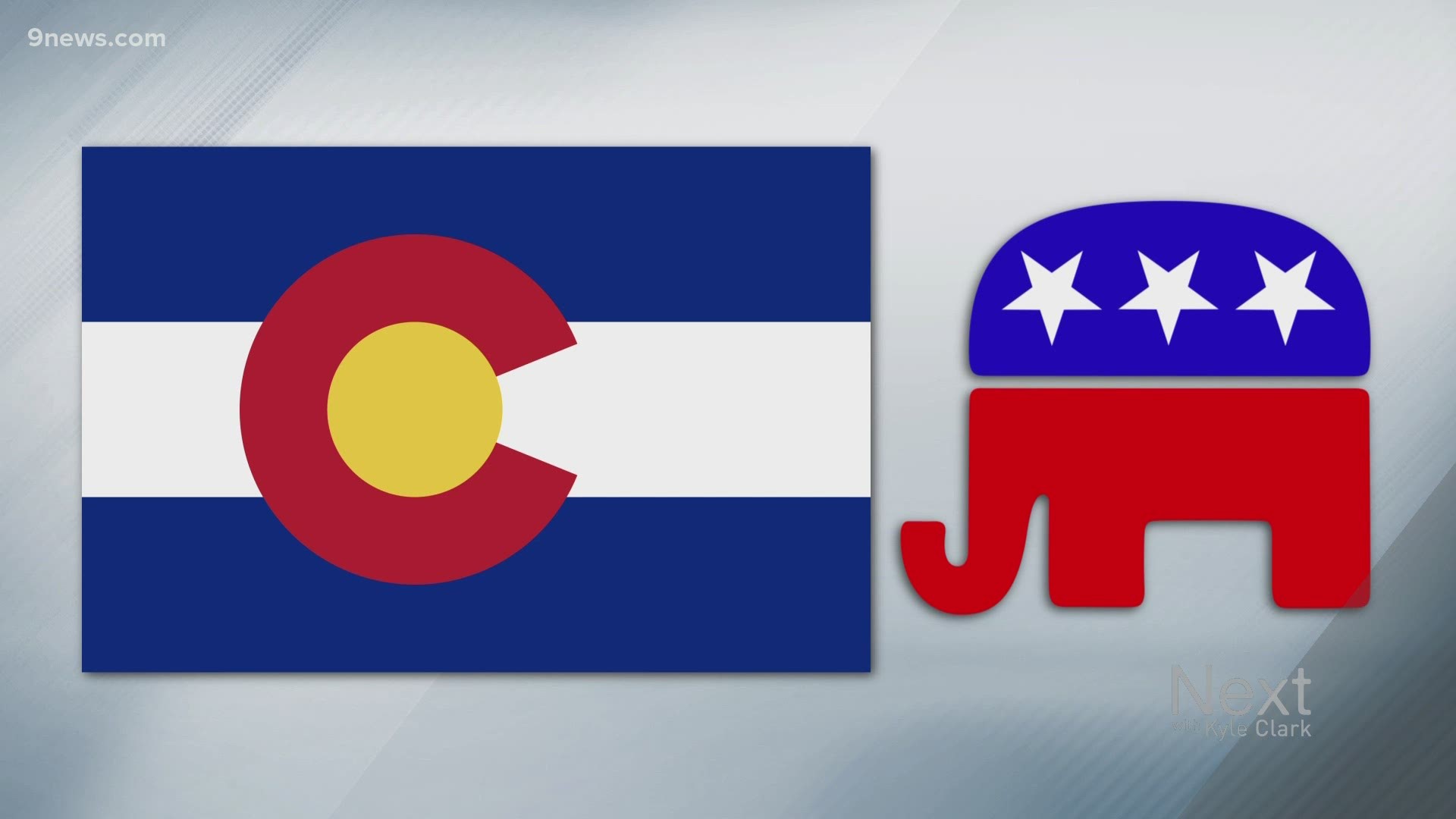 Colorado has plenty of blue, but is lacking in the red department.

After Tuesday's loss for incumbent U.S. Senator Cory Gardner (R), Democrats control every statewide elected position except for one at-large Regent seat at the University of Colorado.

She's supposed to be up for reelection in 2022, unless her seat becomes attached to Colorado's new eighth Congressional District, assuming the state is awarded one after the census is complete.

Also in 2022, Democratic Gov. Jared Polis and Democratic Sen. Michael Bennet face reelection, so two Republican candidates will be needed for those races.

"I think we have a lot of soul searching to do, and kind of, rethinking how we connect with the voters better in the next couple of years, before we take that on," said Ganahl.

"One of the lessons, I think, of the Trump Era, will be, let's focus less on personality and more on policy. Before we can talk about who, we need to talk about what," said Cole Wist, a former Republican State Representative.

Wist was in the House leadership until he was defeated in 2018 by Democrat Tom Sullivan.

In that election, Democrats won multiple Sheriff's races and county Clerks races that had traditionally been held by Republicans.

This year, the blue wave continued with District Attorneys and County Commissioners.

Polls done by conservative-leaning Magellan Strategies shows Democrats with a 50-50 favorability rating, but Republicans are around 39% favorable, according to Flaherty.

"At the core of what we are, we're about believing that we, as individuals, solve problems for ourselves and our families and our businesses better than our government does. I think that's the essence of what we stand for," said Ganahl.

She said there is still hope for statewide success, as seen through the results of Tuesday night's election. Even though voters preferred blue candidates, they also approved lowering the state's income tax and limiting government by requiring new enterprises and their fees to be put to a statewide vote.

"There's still this element of fiscal responsibility and 'don't tread too much on our businesses and lives' when it comes to money and how we invest our money or spend our money. So, I think there are some common threads that we can find," said Ganahl.

"Before we can figure out what the party is, I think we've got to learn more about what the electorate is," said Wist. "Are you learning from what voters are saying to you? Because if you continue to do the same things, you should expect the same results."

He also mentioned the difficulty of running two races. One, to our conservative another Republican in a primary, and the second, to perhaps show a moderate streak against a Democrat.

Not mentioned so far is the 5.5-point lead Congresswoman-elect Lauren Boebert has in the Third Congressional District over Democrat Diane Mitsch Bush.

Flaherty believes what works in the Third Congressional District is not indicative of statewide success.

"Lauren Boebert, as she proved last night, she was on path: supporting the president, unapologetic conservative, freedom. That worked in the Third District, but that's not going to work on the Front Range. It just won't. It won't work statewide," said Flaherty.

RELATED: Democrats to control CU Board of Regents for first time in generation