Spotted: Colorado Sens. Michael Bennet and Cory Gardner on the same side of the aisle

Colorado’s Democratic Sen. Michael Bennet and Republican Sen. Cory Gardner were on the same side of the aisle on a United flight from Washington D.C. to Denver. 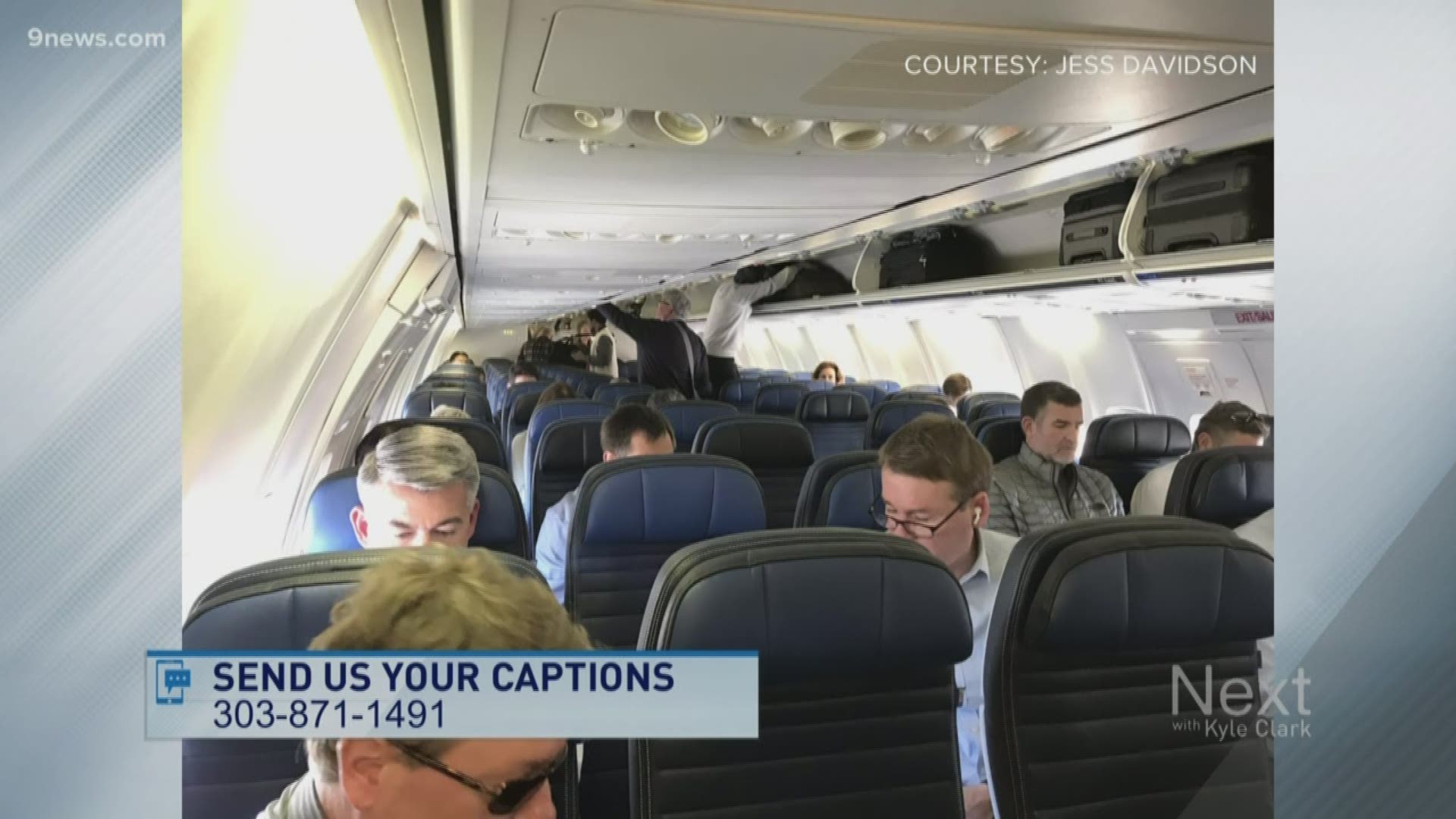 DENVER — Senators on a plane.

Colorado’s Democratic Sen. Michael Bennet and Republican Sen. Cory Gardner were on the same side of the aisle on a United flight from Washington D.C. to Denver on Thursday.

Another passenger, Jess Davidson, snapped a photo of their flight from a few rows ahead during the boarding process, and said both senators were open to talking politics with other passengers later, as everyone got off the plane.

"One person brought up an environmental bill currently in the Senate, another brought up SNAP policy," said Davidson, the former executive director of the End Rape on Campus advocacy group, who added she brought up sexual violence policies and the 2018 confirmation hearing for Supreme Court Justice Brett Kavanaugh.

"Another person admonished Gardner, saying everything Gardner said on TV was a lie — they then had a respectful conversation about where the Senator gets his news," she said. "All of the conversations were very respectful and brief — the senators had a good attitude."

Davidson said she later noticed a woman ended up taking the seat in between the senators before takeoff. Davidson said the woman seemed to know who she was sitting next to.

"My sense was that she did appear to know who they were!" Davidson said. "It was at the end of the flight that I interacted with her, at which point several people had spoken with the senators and shared opinions with them. The senators were friendly with one another and with her."

Davidson tweeted that she also asked the senators if it was intentional that they sat together, and they responded with a laugh.

While each senator has aligned with their party on several recent high profile votes, including President Donald Trump's impeachment hearing, Bennet reaffirmed that he and Gardner have maintained at least a friendly relationship when he spoke to 9NEWS hours before his presidential campaign ended earlier this month.

"I think we still get along. I certainly have a high regard for him personally. Obviously this is a challenging moment in our politics," Bennet said. "It's fraught. My friend, John Hickenlooper, is running against him, and I support John. That's not without its difficulties, but personally, I'm fond of Cory."

Their camaraderie has been publicized before. In 2018, Bennet and Gardner made a video together around the time of the 2018 Winter Olympics that showed them curling with brooms through a Senate hallway.

In 2016, Fort Collins Mayor Wade Troxell told The Coloradoan that the senators were comfortable together and didn't hesitate to collaborate when he noticed them at events in Northern Colorado. On one occasion, Troxell was with them when the head of the Federal Railroad Administration (FRA) visited Fort Collins to discuss intrusive sounds from train horns.

Coincidentally, Bennet and Gardner jointly announced on Friday, along with Republican Congressman Ken Buck, that Longmont will get a $4 million federal grant to put toward improvements for railroad crossings that do not currently meet FRA requirements. This allows for the establishment of quiet zones so that trains are not required to blow their horns at these crossings.

Garner is currently running for re-election and will take on the winner of Colorado's Democratic Senate primary, in which Hickenlooper, Bennet's former boss, is competing. Bennet, meanwhile, filed his candidacy paperwork to run for reelection in 2022 earlier this month.