Gardner breaks with Trump on postponing the November election 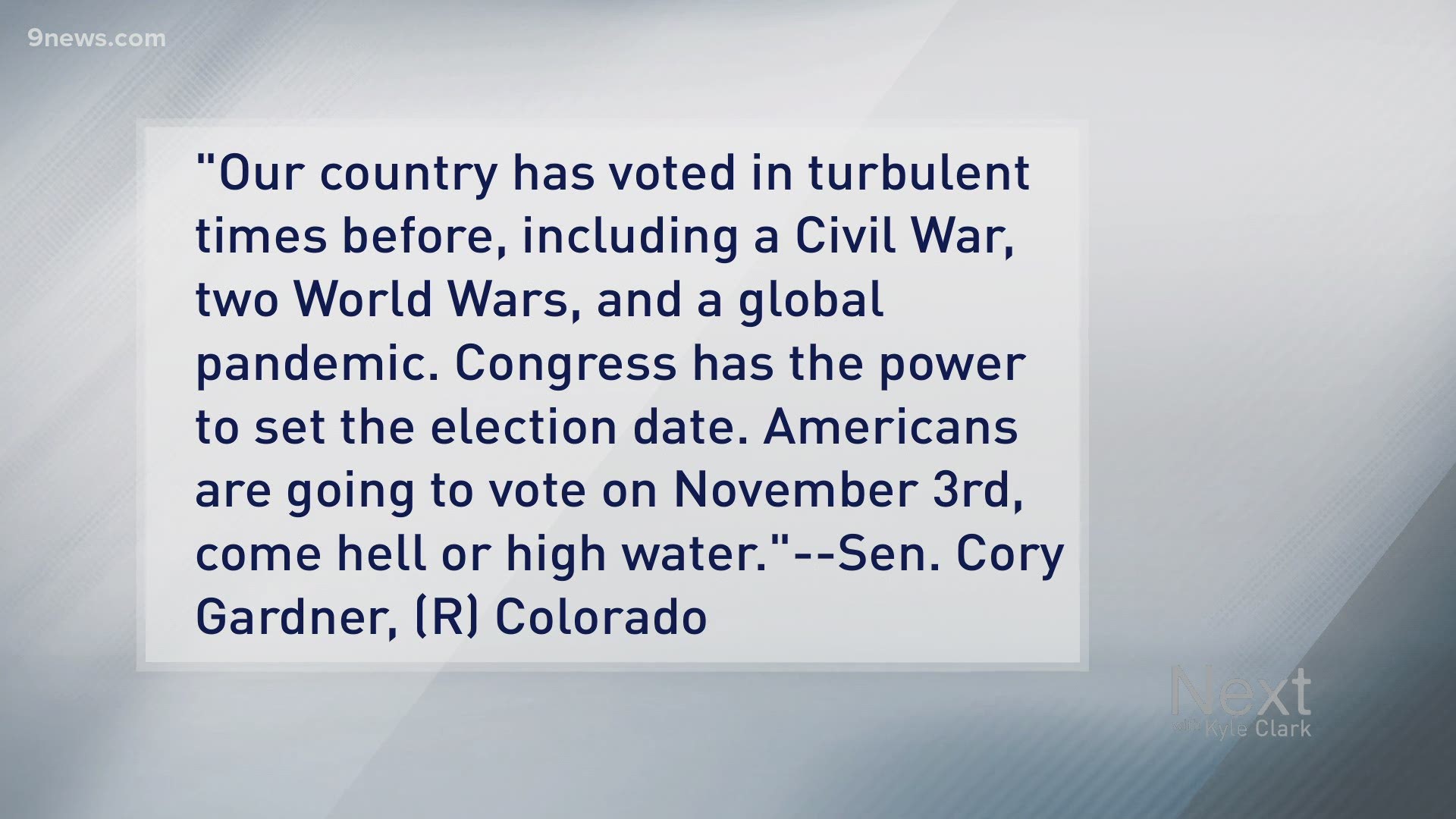 DENVER — As other events of his presidency spun around him this week, President Trump tweeted on Thursday that perhaps the November election should be delayed.

Trump tweeted, "With Universal Mail-In Voting (not Absentee Voting, which is good), 2020 will be the most INACCURATE & FRAUDULENT Election in history. It will be a great embarrassment to the USA," he wrote. "Delay the Election until people can properly, securely and safely vote???"

Democrats in the delegation were expectedly vocal in their dissent, but U.S. Rep. Cory Gardner, a Republican from Yuma facing reelection, also broke with Trump on the matter. He issued a statement Thursday:

“Our country has voted in turbulent times before, including a Civil War, two World Wars, and a global pandemic," Gardner stated. "Congress has the power to set the election date. Americans are going to vote on November 3rd, come hell or high water.”

Numerous pundits and constitutional experts quickly, as they have previously, noted that delaying the election would not allow President Trump to remain in office after his term expires on Jan. 20. The same is true of Sen. Cory Gardner, who is up for re-election this year.